It looks like the slides were shown during a recent Raptor Lake pre-launch events, which are now taking place around the world for the tech press and analysts. It is not clear if these slides in particular are under embargo, but it is clear that they have not been shared before. That’s simply because AMD Ryzen 7000 series were not available yet when Intel was announcing their Raptor Lake series.

According to this slide, Intel Core i9-13900K is offers -1% worse to 22% better performance than AMD Ryzen 9 7950X in gaming. Both CPUs are the flagship of the new desktop series. On average, Intel CPU will be 11% faster than AMD Zen4 CPU. 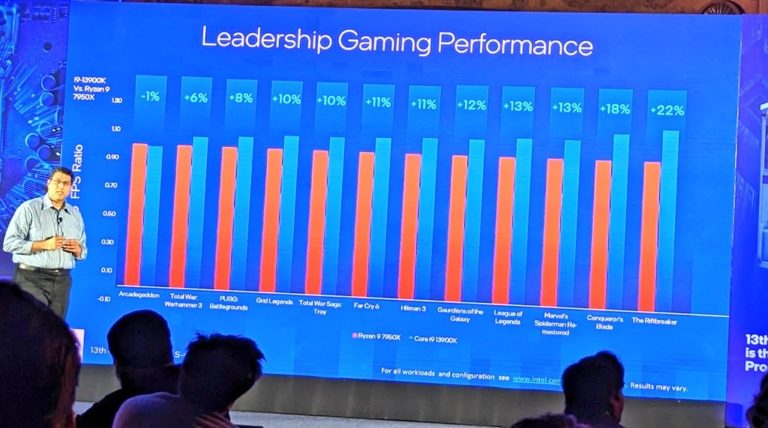 Another slide shows productivity benchmark from PugetBench, Procyon or AutoCAD/AutoDesk. Intel claims it will reach parity in half of the benchmarks, with 3% loss in Photoshop test and 4% to 16% gain with AutoDesk/CAD. 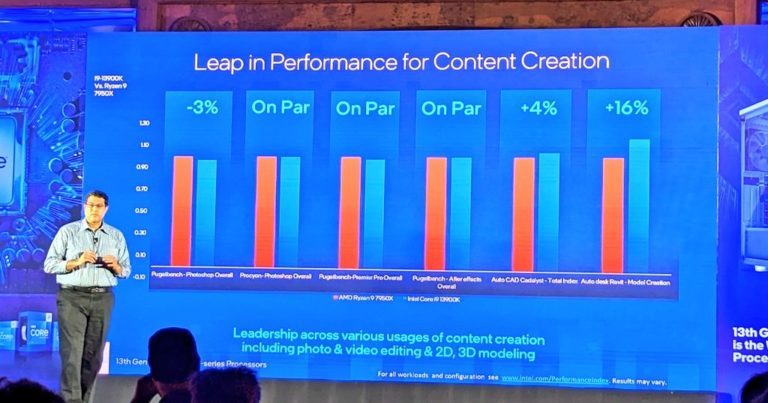 Those are of course Intel benchmarks with unknown methodology and hardware used (motherboard/memory). For details, the slides refer to Intel website, but those are not posted yet. In any case, Intel is set to launch its 13th Gen Core Raptor Lake series tomorrow. The launch will be accompanied by many 3rd party reviews, so stay tuned for more accurate info.