Both CPUs were reportedly tested with all security patches available on 4th November 2019. In benchmark such as Cinebench R15, the 10900K is up to 26% faster than 9900K. Based on all these results, the CPU is on average 13% faster than the current-gen CPU.

The number of leaks suggests that the 10th Gen Core series are very close. In fact, Intel announced a  press conference for January 6th. We might be hearing more about Core i9-10900K on that date. 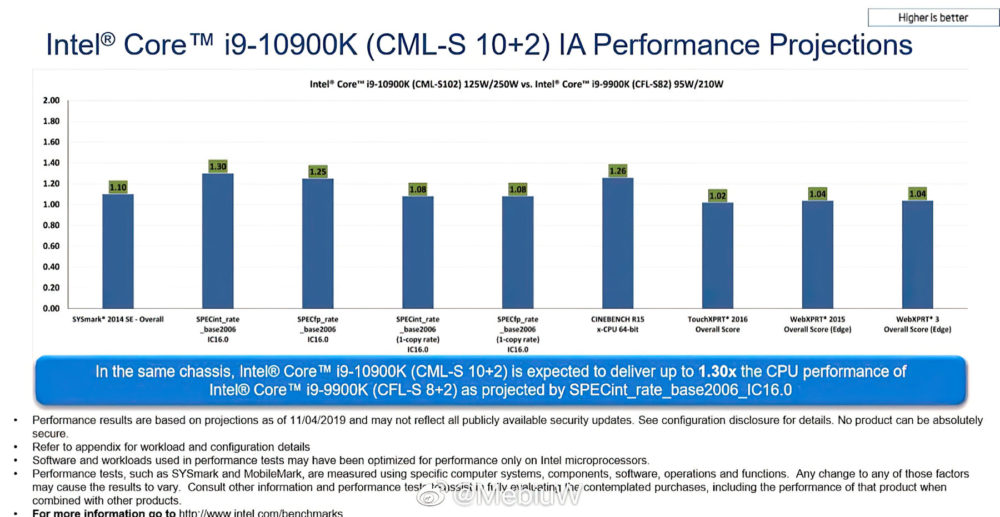