No, this is not déjà vu. This is not the first time Intel is comparing its Arc A7 series to RTX 3060. However, in this case it is not A750 GPU being compared but the flagship A770 SKU instead. In fact, the new charts are not just a typical gaming test. This new sample of game tests is based on 1920×1080 gaming with ray tracing enabled. 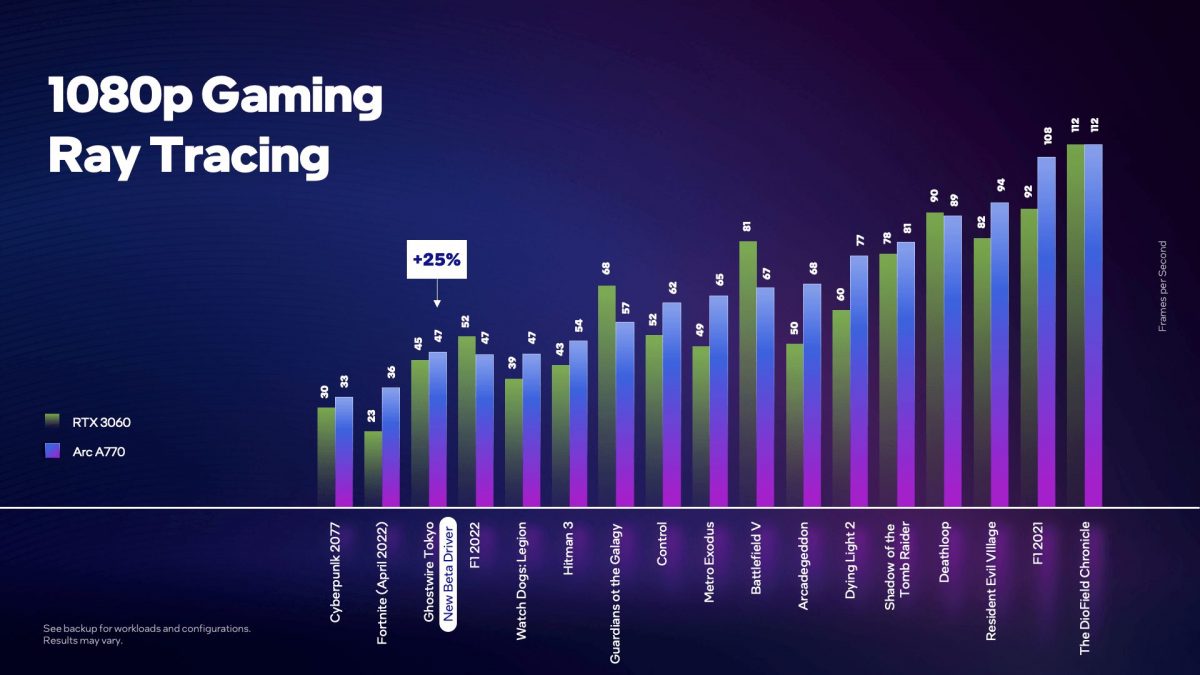 In this new set of games, the A770 is faster on average by 14%, but there are at least 4 games in this comparison showing better performance with NVIDIA’s mid-range GPU. NVIDIA’s GPU has 28 RT Cores, while Intel Arc A770 doesn’t actually have official specs yet, however it should be a full ACM-G10 GPU with 32 Xe-Cores and just as many ray tracing units.

Furthermore, Intel is providing the first official benchmarks for Arc A-series GPU with XeSS enabled. This temporal upscaling technology has not been released in any game yet, and that’s despite Intel promising ‘early summer’ availability.

Today, however, Intel is sharing its XeSS comparison for Balanced and Performance modes presets. With Performance mode it can double the framerate in some cases (HItman 3/Ghostwire Tokyo) but overall the framerates varies from 49% to 113% over native resolution, while in balanced one should expect 26% to 77% higher FPS. 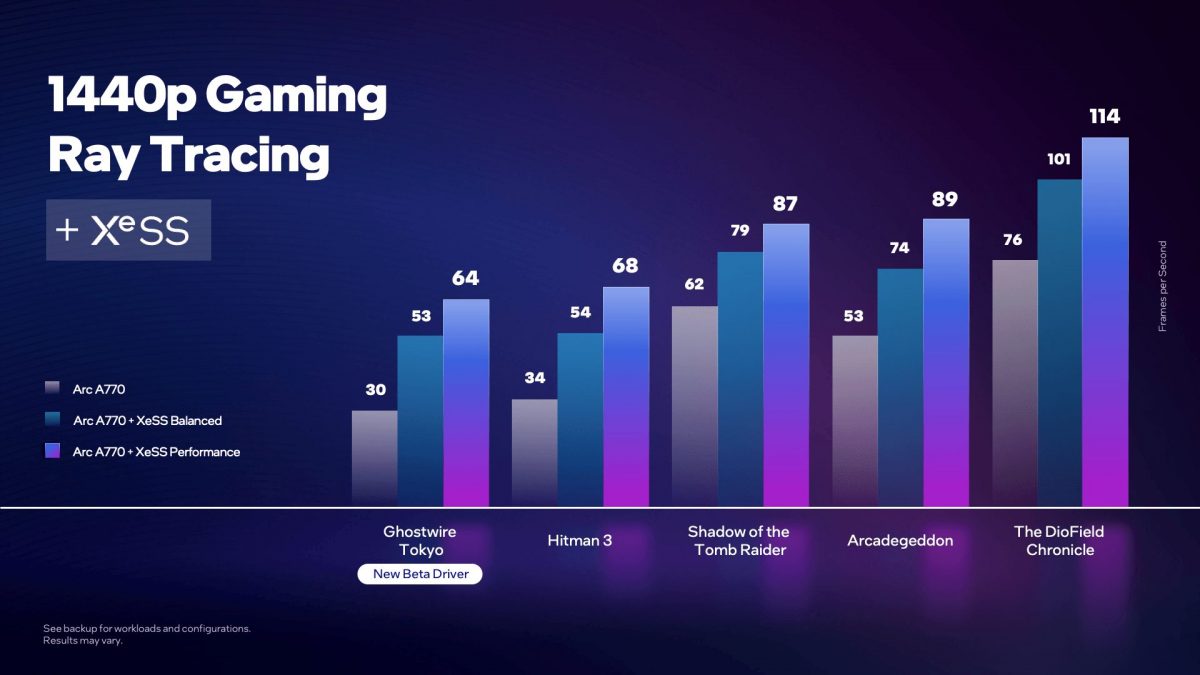 Intel Arc Alchemist architecture features a new type of core called Thread Sorting Unit, which is responsible for the implementation of Asynchronous Ray Tracing. Or, in other words, it helps to maximize the utilization of Xe-Cores by shorting traces in the graphics pipeline for better utilization and efficiency.

Today, Intel is also disclosing that Gotham Knights launching on October 21st will support ray tracing acceleration with Intel Arc GPUs. Hopefully, though, there will be high-end desktop Arc GPUs on sale by that time. 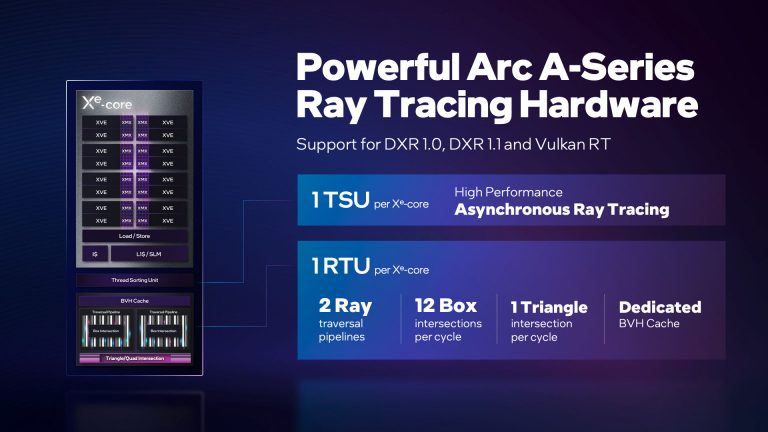 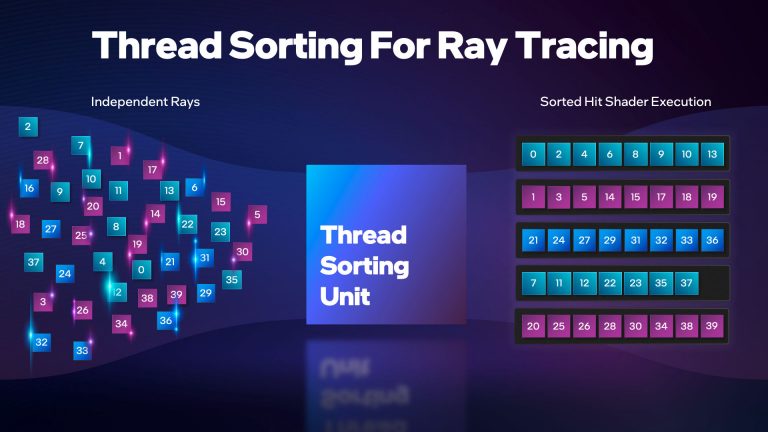 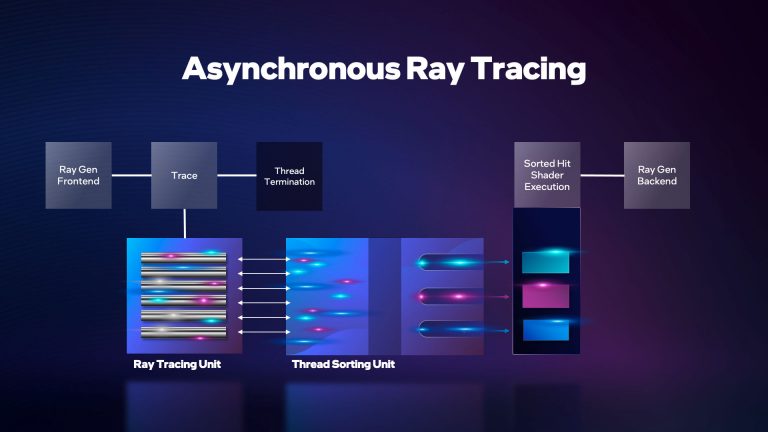 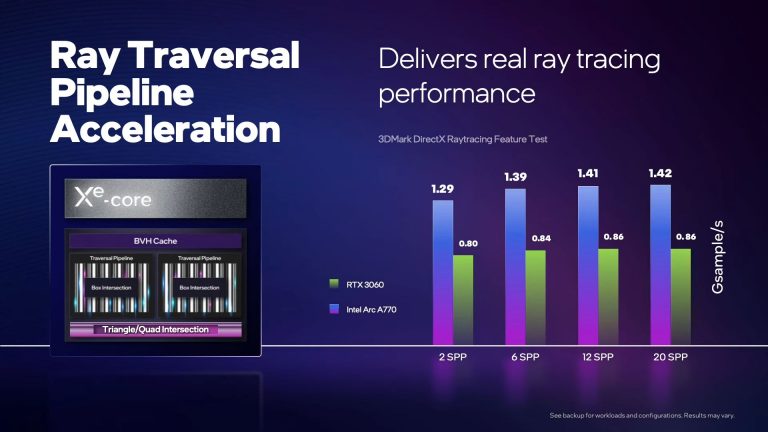 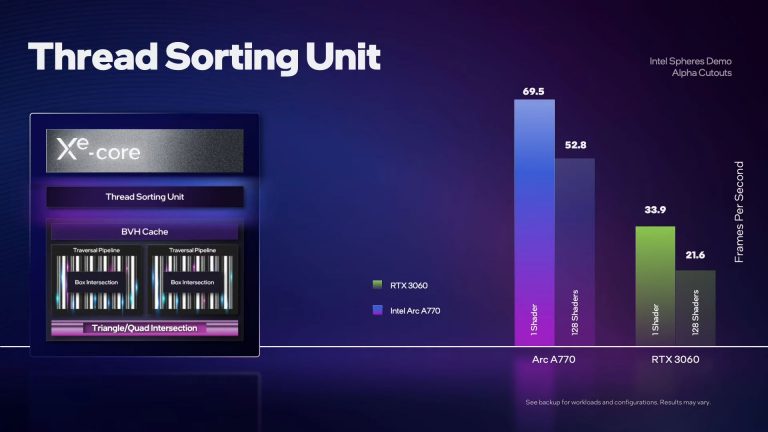 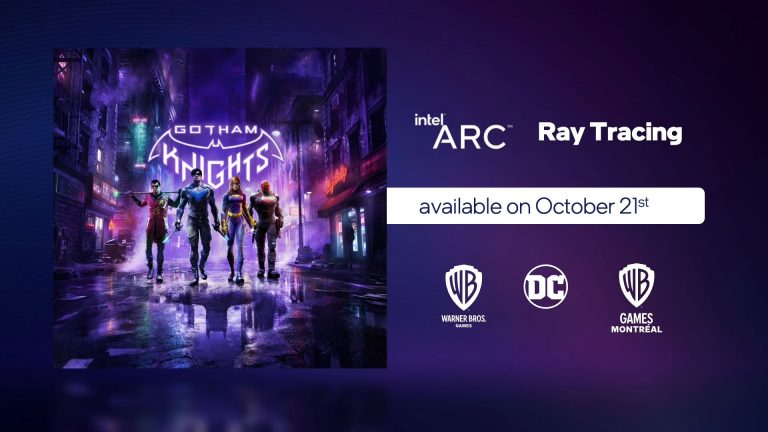