Intel confirms Rocket Lake is shipping and Alder Lake is sampling to customers. The company had a record revenue for the fifth consecutive year.

The company has provided an update on its current processor launch schedule. It has been confirmed that Ice Lake Server and Rocket Lake-S series are now shipping to customers. It is only a matter of time before Intel officially announces both architectures, which were so far only showcased and presented in a form of slides.

“As we look ahead, we are excited about the capabilities we are bringing to customers with ‘Alder Lake’ for mobile and desktop PCs and ‘Sapphire Rapids’ for the data center. These products take advantage of our enhanced SuperFin process technology and numerous architectural improvements, and both are broadly sampling to customers. We will qualify Alder Lake desktops and notebooks for production and begin our volume ramp in the second half of 2021. We expect production qualification of Sapphire Rapids at the end of 2021.

Intel also confirmed that both desktop and mobile Alder Lake series will be qualified for production in the second half of 2021. This means that the production shall start soon after the qualification. Therefore, the promise of the 12th Gen series arriving in next-gen systems is likely to be fulfilled. 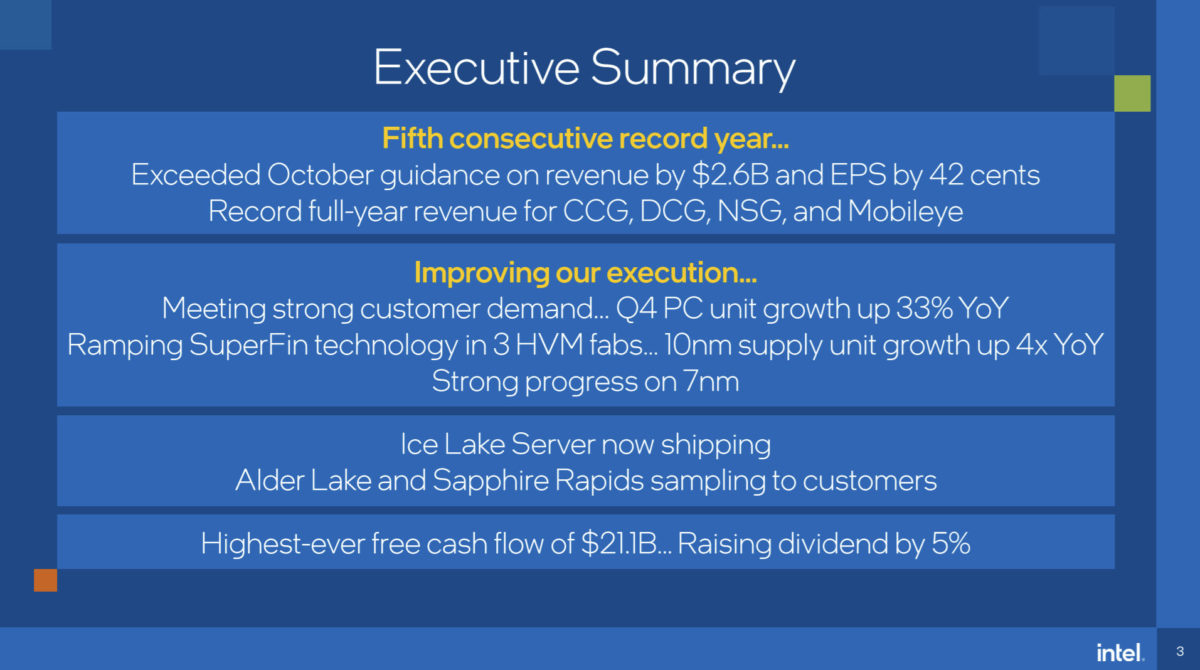 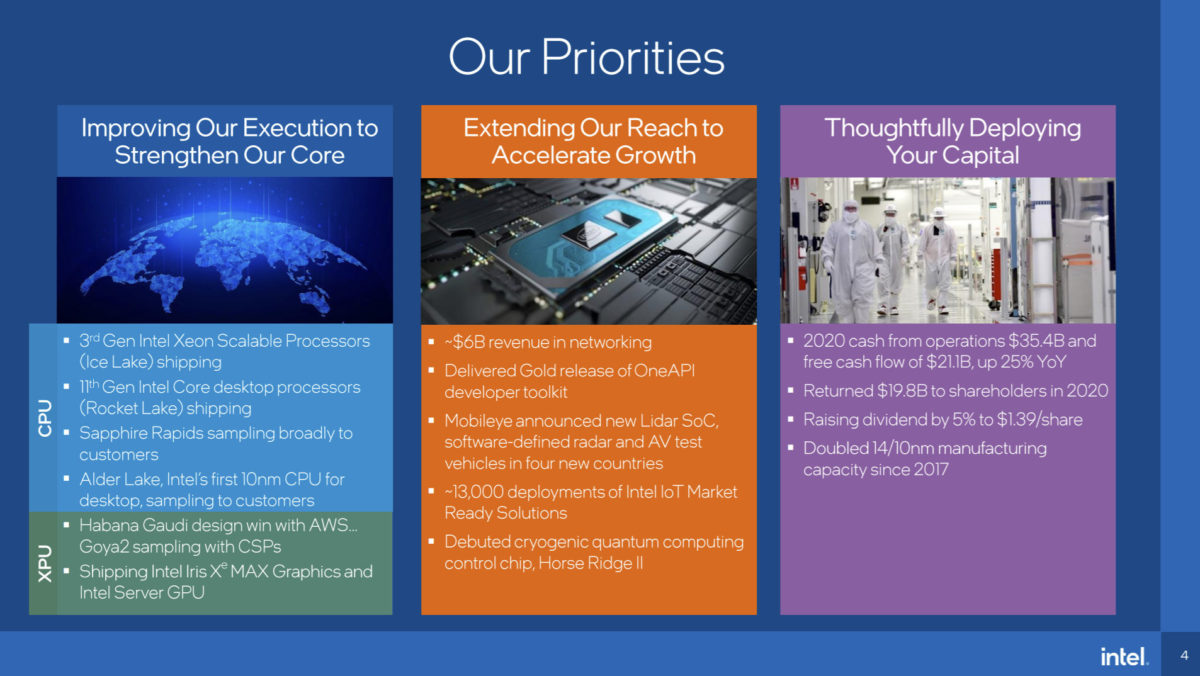 The Alder Lake is a next-generation architecture based on Intel’s Hybrid Technology. The new series is to feature a combination of Gracemont and Golden Cove core design. New CPUs will also be Intel’s first 10nm desktop processors featuring SuperFin architecture, which was already used for its Tiger Lake series. Alder Lake will also be a major platform shift to LGA1700 socket, DDR5 memory, and PCIe Gen5 interface standards. 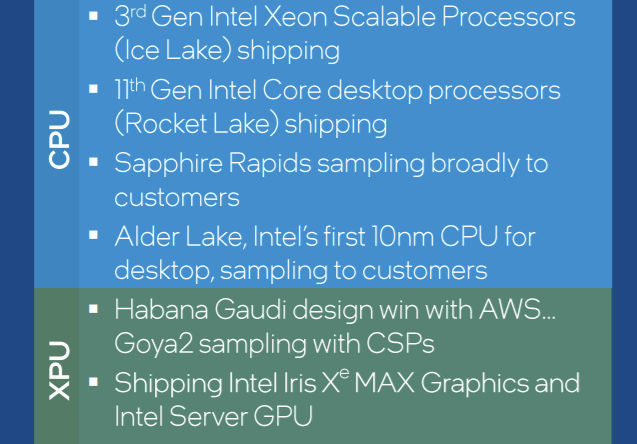