A blurry photo of an alleged Intel DG2-128 discrete desktop graphics card from the Alchemist a### series has just been posted on Chiphell. The photo appears to match the official and unofficial pictures of the DG2 family.

Intel already revealed the design of its entry-level DG2-128EU GPU, alongside the flagship 512EU model. Both dies are not centered on the GPU package, which might make the custom cooling solution design a bit more complicated for the board partners. The leaker claims that the card is very short and has a typical board consumption of 65W, even lower than expected from the leaked slide where such card was listed as SOC2 with <75W. A total of 6GB of GDDR6 memory is mentioned.

The photo does not provide many details, but the leaker outlined where the GPU and memory are situated on the board. Cooling solution mounting holes can also be easily located, further confirming that we are looking at desktop design.

A while ago Igor’sLAB shared a board schematics for mobile DG2-128 GPU / Alder Lake design. We can use this photo for a quick comparison. It appears that the mobile variant will have a memory a bit closer to the GPU, and what is even more interesting, the mobile version would have one memory module fewer. This means that the GPU might be using a 128-bit or 64-bit interface for the mobile version while the desktop variant would be using 96-bit interface instead. 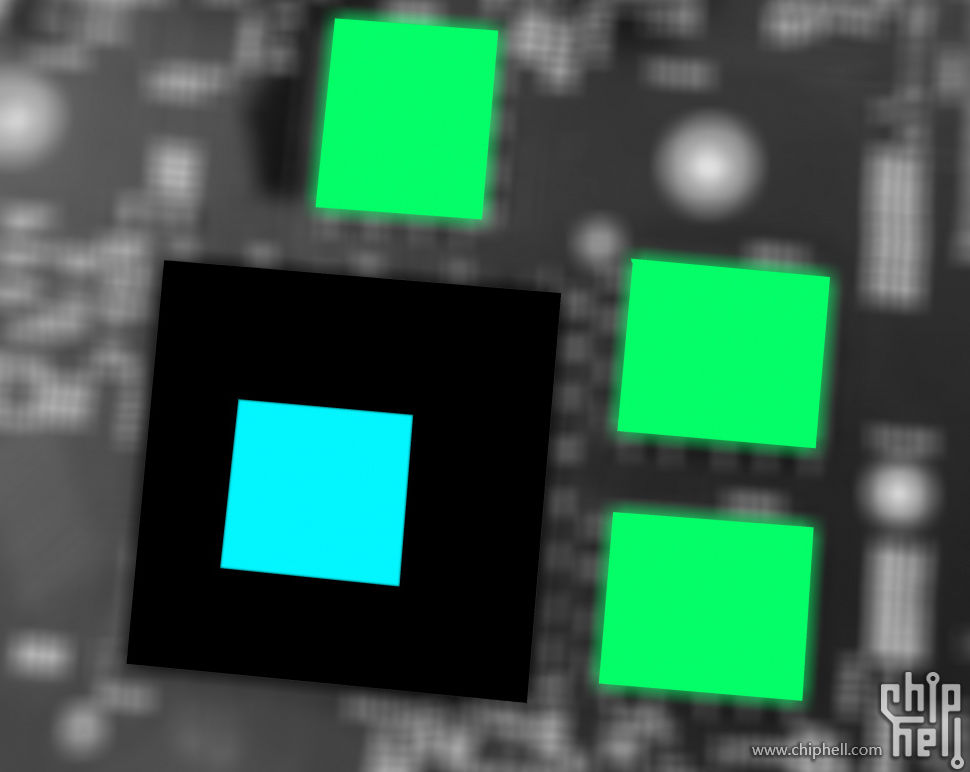 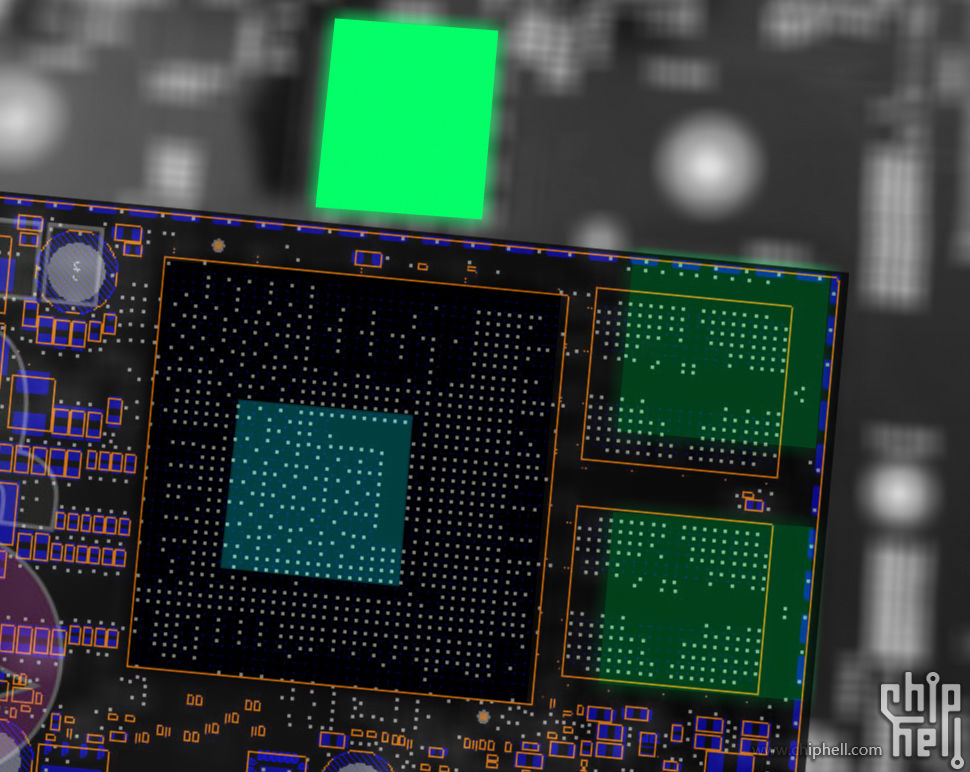 The full family also includes a 384EU model, which thus far has not been confirmed by Intel. The company had only showcased two GPU variants: 128EU and 512EU. 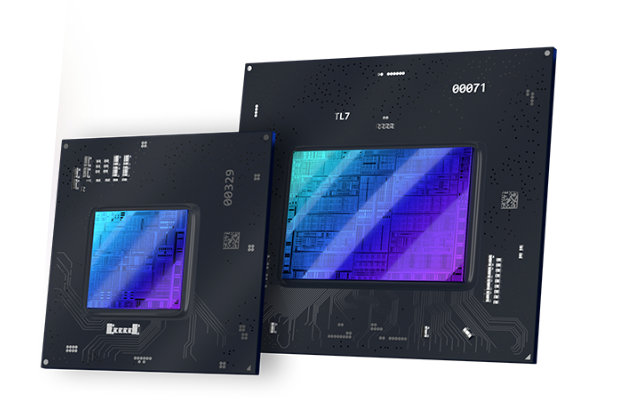 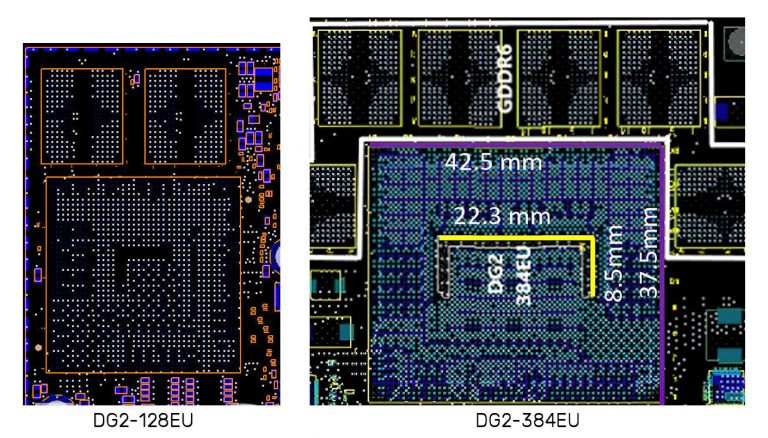 Desktop Intel Arc Alchemist series are to feature three SKUs according to Moore’s Law is Dead, while mobile GPUs have been rumored to feature as many as five different models.

Update: Locuza has put annotations on the official DG2-128 die shot. It appears that the GPU indeed offers 96-bit memory through 32+64-bit controllers: 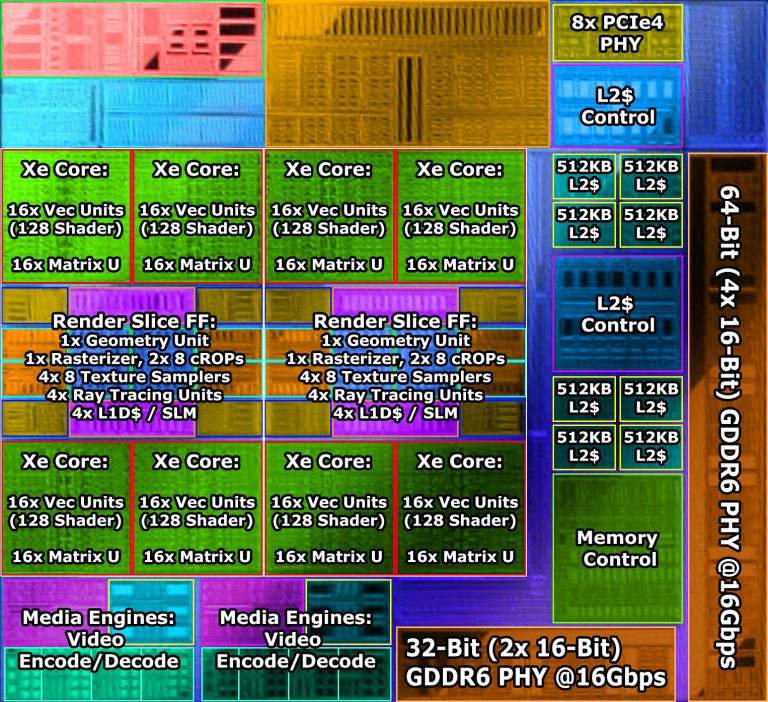