We obtained a copy of tomorrow’s press release covering the announcement of Intel Arc GPUs.

An anonymous source provided us with alleged Intel’s CES 2022 Arc/XSS announcement. While we can’t confirm the authenticity on such short notice, the data appears to match with the rumors that we have heard before.

The announcement confirms that Intel is already shipping Arc Graphics to OEM customers and the company with their partners will be announcing as many as 50 designs based on mobile and desktop implementation of the Arc GPUs.

Furthermore, Intel announces it has gained new partners to introduce its XSS super-resolution technology to the gaming industry. The most prominent title is Death Stranding Director’s Cut. Other games are not mentioned but Intel lists a number of game studios such as Codemasters, PUBG Studios or Techland and Ubisoft to be working on implementing XeSS to their game.

As far as we know there were no specifications or photos attached to this press release. 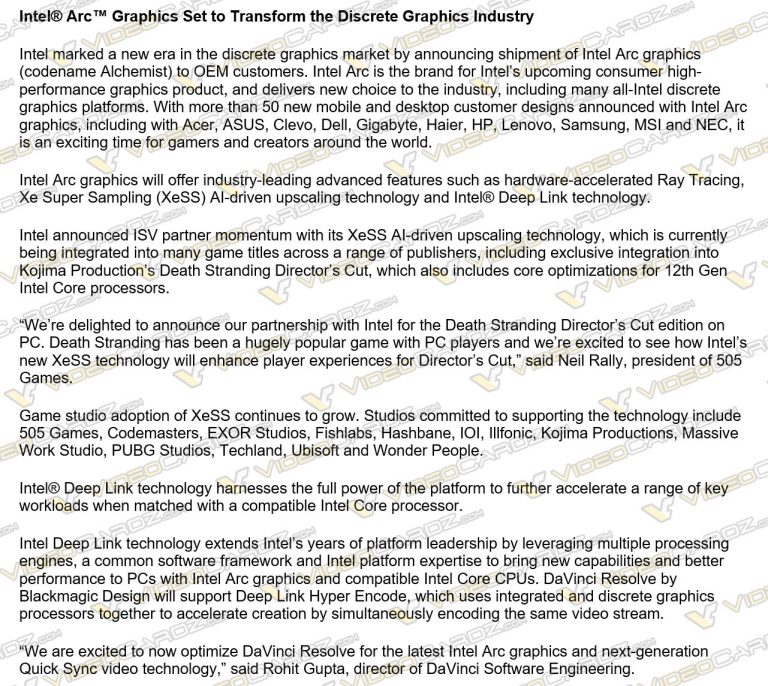