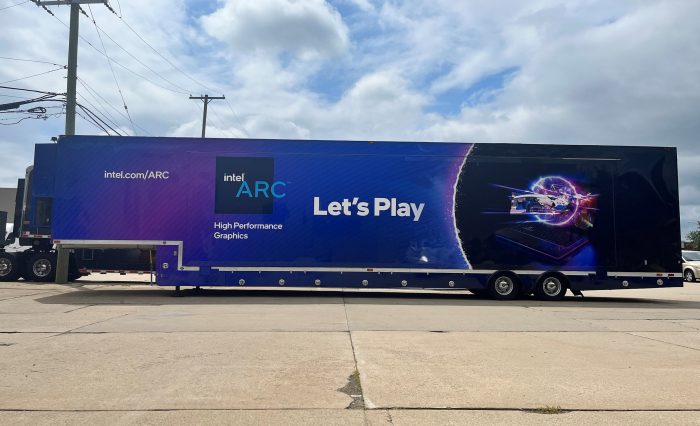 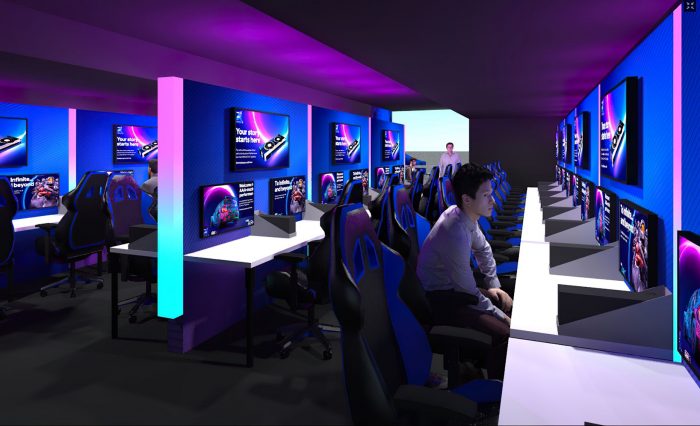 Intel Arc gaming truck will make its first appearance in late September at LANfest in Colorado. This was announced by Intel employees on Intel Insiders discord channel. The truck is already wrapped in ‘Arc High Performance Graphics’ logos, but the interior is not yet ready.

The company is now preparing to equip the truck with as many as 30 gaming stations, each based on NUC 12 Extreme (Dragon Canyon). These are Intel Alder Lake desktop based systems with support for discrete GPUs. Intel earlier teased that NUC 12 will eventually get Arc dGPUs, however, given how delayed the desktop series are, it seems that this event will be the first opportunity to see such a configuration in action.

Intel teamed up with SteelSeries who will provide periphery and AOC who will sponsor gaming monitors. Gaming chairs are to be delivered by BackForce.

Interestingly, a new design for Arc GPU has been shown. This is just a very low resolution render of the LAN bus interior, yet as far as we can tell this GPU design was not shown before. It certainly does not look like the ‘Limited Edition’ Intel had presented ealier. 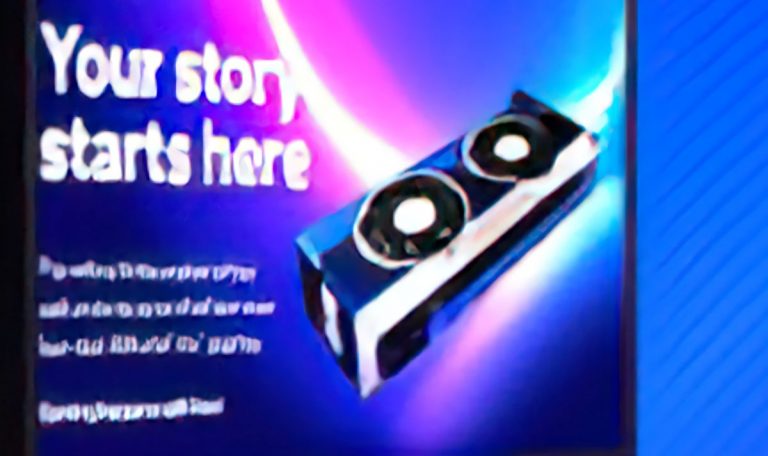 That truck better have a good driver