The roadmap exclusively focuses on desktop GPUs, so possibly the most interesting part of Intel plans for Arc series. According to the leaked slide, Intel would not update its desktop product stack until late Q1 2023 at least. One should note that the roadmap is slightly outdated and the timing may shift further in time. 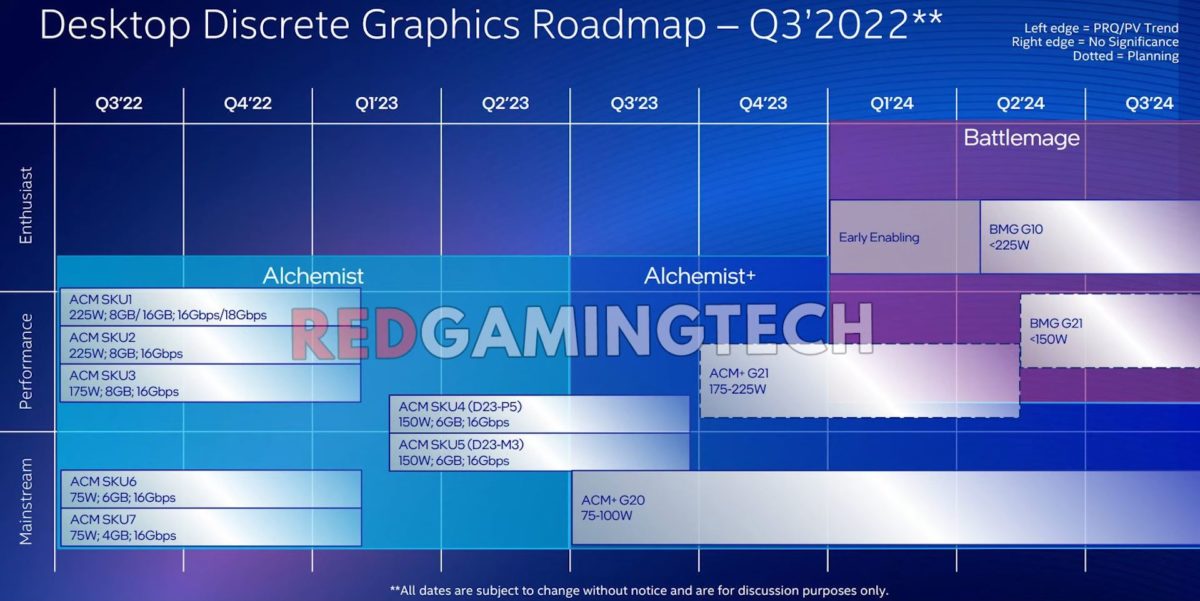 More importantly, the roadmap confirms Intel’s plans for Battlemage in Q1 2024. This is when early enabling is set to start, probably to select partners. However, the actual launch of the BMG G10 SKU with TDP lower than 225W would begin in Q2 2024, the slide would suggest. The series would also receive a second SKU with ~150W TDP (BMG G21) in the same quarter.

As mentioned above, the roadmap may not be accurate anymore, but the plan was clearly to launch the Battlemage no sooner than 2024.