The only Arc Alchemist cards ever to be mentioned by Intel or OEM were the entry-level A300 series. However, the company is supposedly preparing its mid-range and high-end series as well.

The team over at SiSoftware prepared a roundup of OpenCL benchmarks featuring their software. This is far from a full-fledged review, as it is not based on their own testing, and nowhere does it mention the platform or the drivers used. In other words, the developers of the software simply put together a number of tests performed using SiSoftware Sandra tests.

According to the original story, Intel will be releasing three performance tiers of their Arc Alchemist series. The A300 (such as A380/A370M) graphics cards are all to use the DG2-128 GPU, which is an entry-level processor. The A500 and A700 series, on the other hand, would make use of the DG2-512 GPU which has a chance to compete with the NVIDIA/AMD upper mid-range series.

TechPowerUP prepared a specification chart based on the data collected from the original article:

It should be noted though that the author of the SiSoftware article made a mistake by listing the 7nm TSMC process for ARC GPUs. Intel officially confirmed those graphics cards will make use of TSMC N6 process technology. 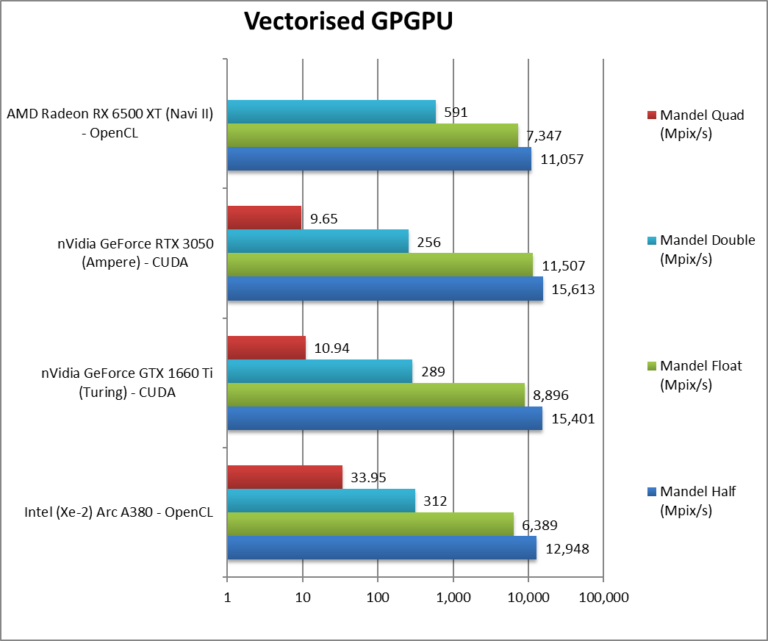 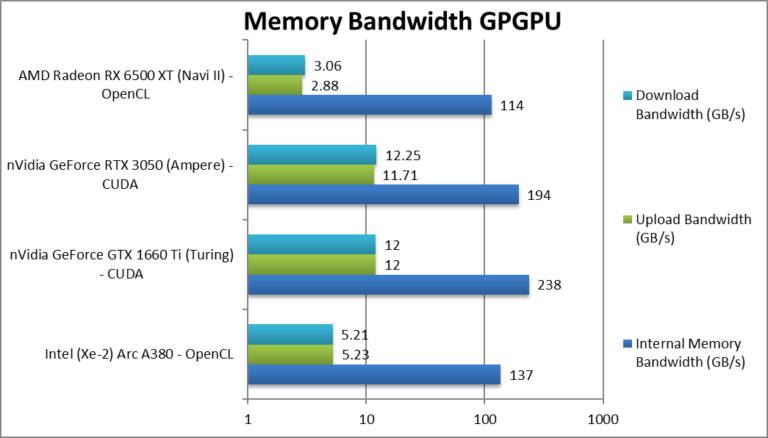 Performance-wise, the ARC A380 desktop model appears to match Radeon RX 6500XT, GeForce RTX 3050, and GTX 1660 Ti in some OpenCL benchmarks. However, as said before, this API does not always correlate with gaming tests, which is why even if the final software and hardware were used, it would still not tell us the full story.