Among some important announcements today, Intel revealed its initial plans for the Celestial GPU series, now scheduled to launch in 2024.

It may take 2 years for Intel to catch up to NVIDIA/AMD GPUs in terms of performance. With the Arc Alchemist GPUs, Intel will be targeting the Performance segment, which typically means 700-series products such as RTX X070/RX X700 cards. With Battlemage, Intel will be adding Enthusiast GPUs possibly competing with 800-series.

Intel today announced that its 3rd generation of Arc discrete GPUs codenamed Celestial will be even faster, reaching the “Ultra Enthusiast” segment such as 900-series. The company confirmed that Celestial is now under active development. 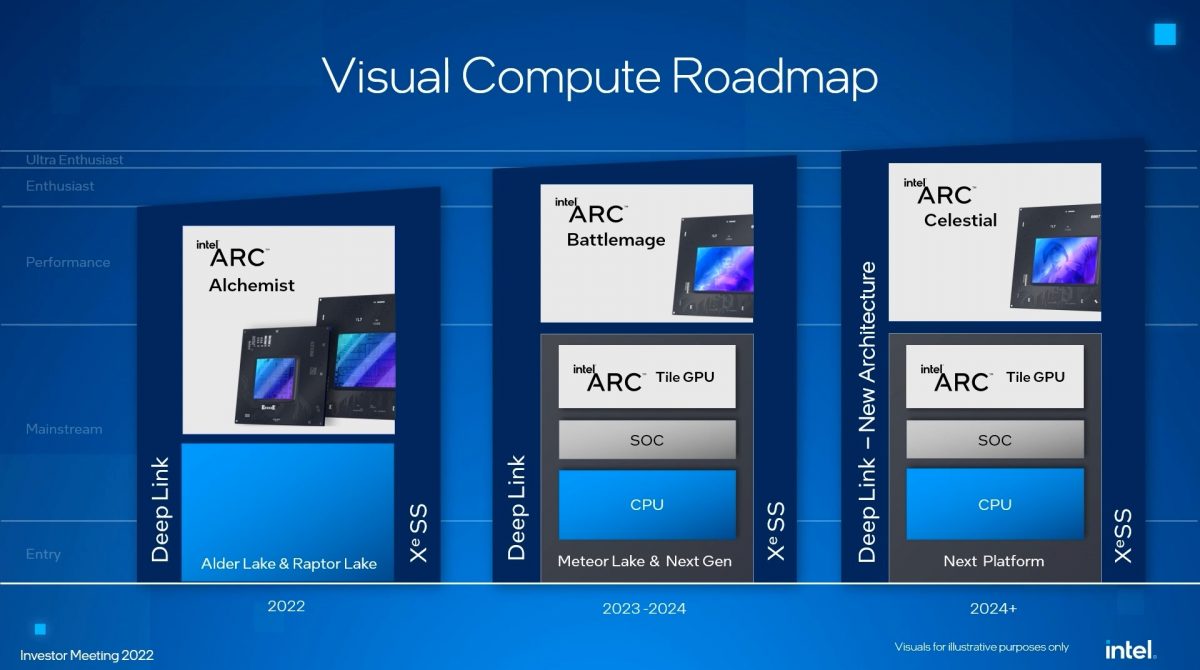 Intel is now targeting 2023-2024 for Battlemage with Celestial possibly launching in 2024 or 2025. The roadmap mentions 2024+ which probably means Intel themselves are unsure when it will be ready.

It should be noted though that Celestial’s successor Druid was rumored to launch in 2025, however, with Battlemage slipping to a 2-year timeframe, it is likely Druid will be coming later as well.