Tomorrow, Intel is launching its first discrete GPUs for gamers. The first wave of Arc graphics will go into laptops.

Intel will launch five Arc Mobile graphics cards: A770M, A730M, A550M, A370M and A350M. Only the Arc 3 series will be available starting from tomorrow, while Arc 5 and Arc 7 will launch in early summer (so late June at earliest), Intel confirms. 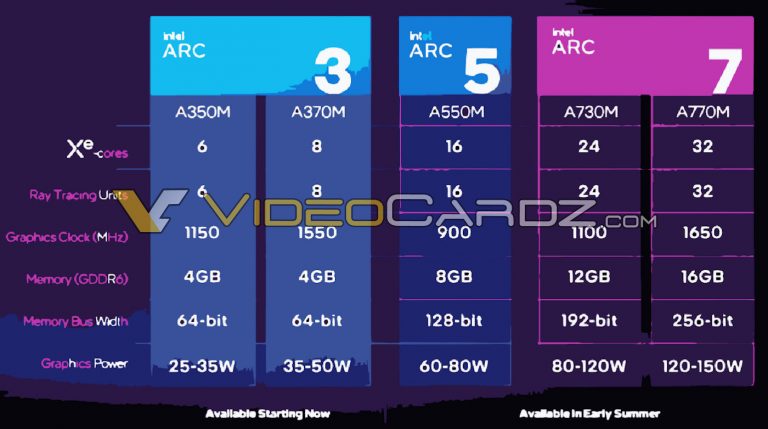 As far as we know, Intel is not providing performance figures for its Arc 5 and Arc 7 GPUs yet. The Arc 3 series are targeting 1080p 60 FPS at 1080p resolution at medium settings. It is being compared to Intel Alder Lake Xe Iris iGPU throughout the slide deck.