Finally a leak with the mobile Xe-HPG GPU for laptops.

Intel unveiled its Arc GPU series at its Architecture Day last month. The company confirmed that the first iteration of Xe-HPG based processors will be codenamed Alchemist. It appears that we have a leak with the Xe-HPG 512-EU model for the next laptops.

This discrete flagship mobile GPU from Intel is actually added to the Tiger Lake-H laptop, which means that Intel is waiting neither for its Alder Lake-H55 laptops nor for AMD refresh featuring Rembrandt silicon. 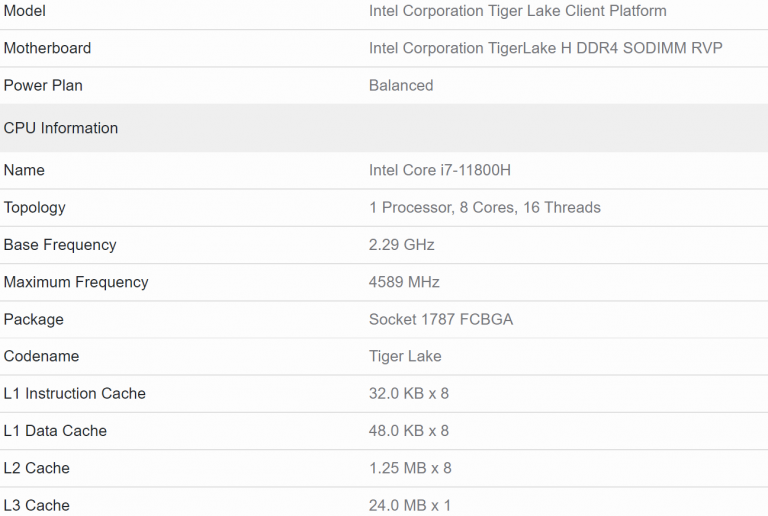 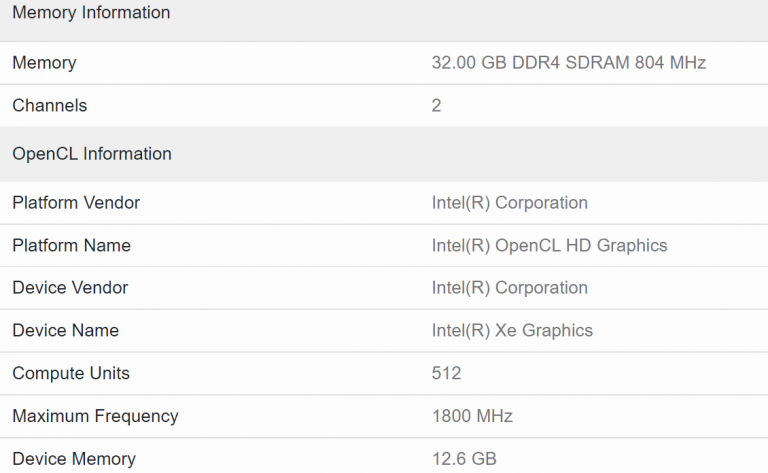 The GPU shows up as Xe Graphics, without any mention of Arc product name yet. It is reportedly running at 1800 MHz maximum frequency. The GPU features 512 Compute Units, which is Geekbench’s way of describing Intel Execution Units. The company recently announced that Xe-HPG products will feature a new name for these core clusters: Xe-Cores.

This is not the first time we are seeing Xe-HPG GPU on Geekbench. There were already leaks featuring DG2-256EU model, as well as DG2-128EU. The 512EU is clearly faster than both lower-spec’ed models, but it is nowhere near mid-range AMD/NVIDIA solutions at this moment (slower than RX 570/GTX1650). However, rumors put the top Arc Alchemist GPU close to NVIDIA RTX 3070 GPUs. 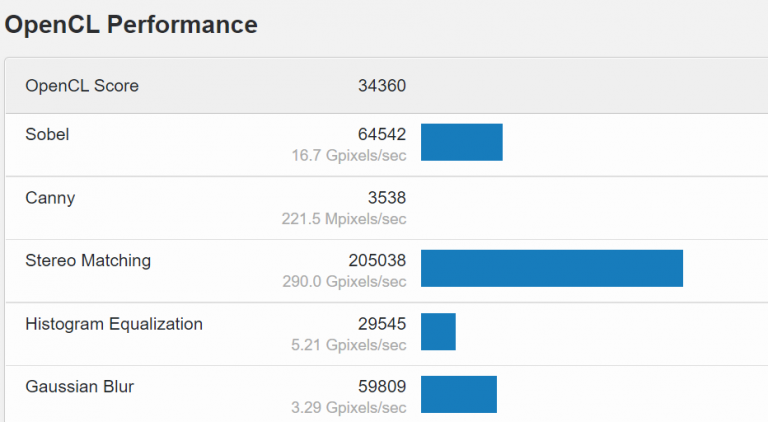 At its current state, the  512EU model is 85% faster than the 256EU model. However, both GPUs were tested using different platforms (Tiger Lake vs Alder Lake). For this moment though, this is all we have.

Intel is expected to launch at least 5 mobile discrete GPU for laptops in the first quarter of 2022. The 512EU model is the flagship high-end gaming GPU, but Intel is also set to launch 384EU and 128EU GPUs, both offered in two configurations with varying core counts. Below are the rumored specifications of the series: