The first discrete graphics card series from Intel will be called “Arc aXXX”, where “a” stands for Alchemist, the first generation of Arc GPUs. The leaker discovered the Intel Arc GPU sample chart listing all correct and incorrect usage of upcoming series naming. Of course, this guideline is very unlikely to be followed by enthusiasts and the press, but retailers, board partners, and system integrators must adhere to those rules.

What this leak confirms is that Intel will not be using any RTX, GTX, or RX moniker for their graphics card series, but a much simpler naming than expected, a single letter that basically stands for the generation. 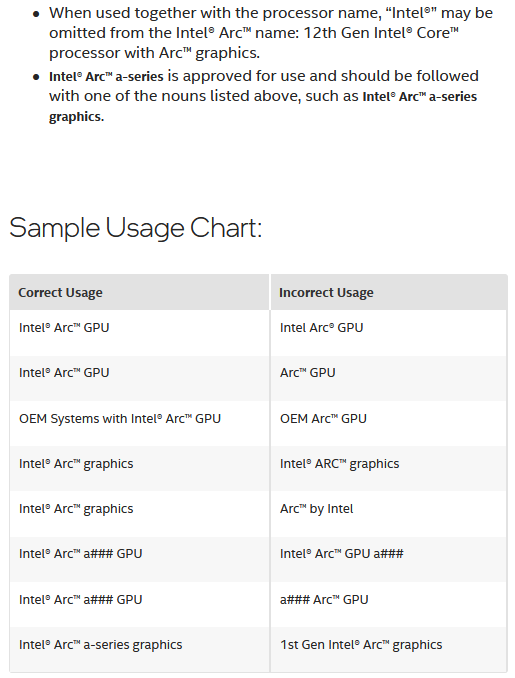 Furthermore, we can already conclude that the next three series will be using Arc bXXX, Arc cXXX and Arc dXXX naming as Intel had already confirmed codenames for these series: Battlemage, Celestial, and Druid: 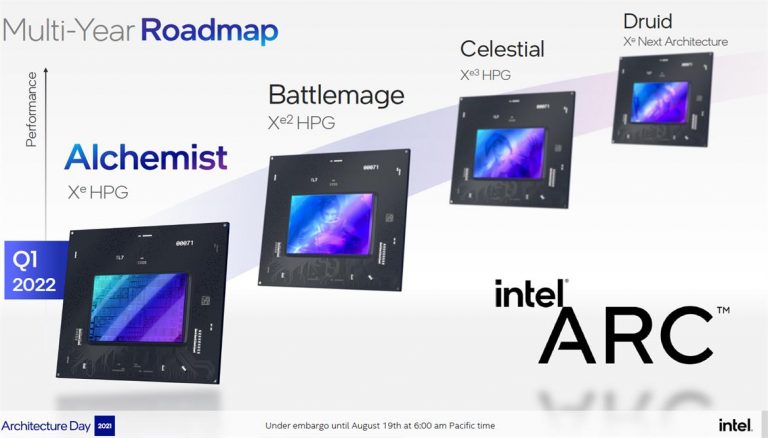 Intel officially confirmed its first generation of discrete GPUs from the Arc series will debut in the first quarter of 2022. Yesterday’s leak puts 3 different desktop SKUs on the table and an unspecified number of mobile GPUs.