Intel Arc Alchemist Desktop with a chance to launch before Mobile

Moore’s Law is Dead made a video overview of the upcoming Intel Arc lineup, covering mostly what was already known but also some new information about the launch schedule for Intel’s upcoming discrete GPU series.

The video also features new photos of the upcoming DG2 chips, including the SOC1 (up to 512 Execution Units) and SOC2 (up to 128 EU). Judging by the latest developments and lack of leaks on other GPUs, it appears that Intel Arc Alchemist product segmentation will be focusing on those two processors entirely, and not as previously rumored on three GPUs (in other words there is no DG2-384EU). 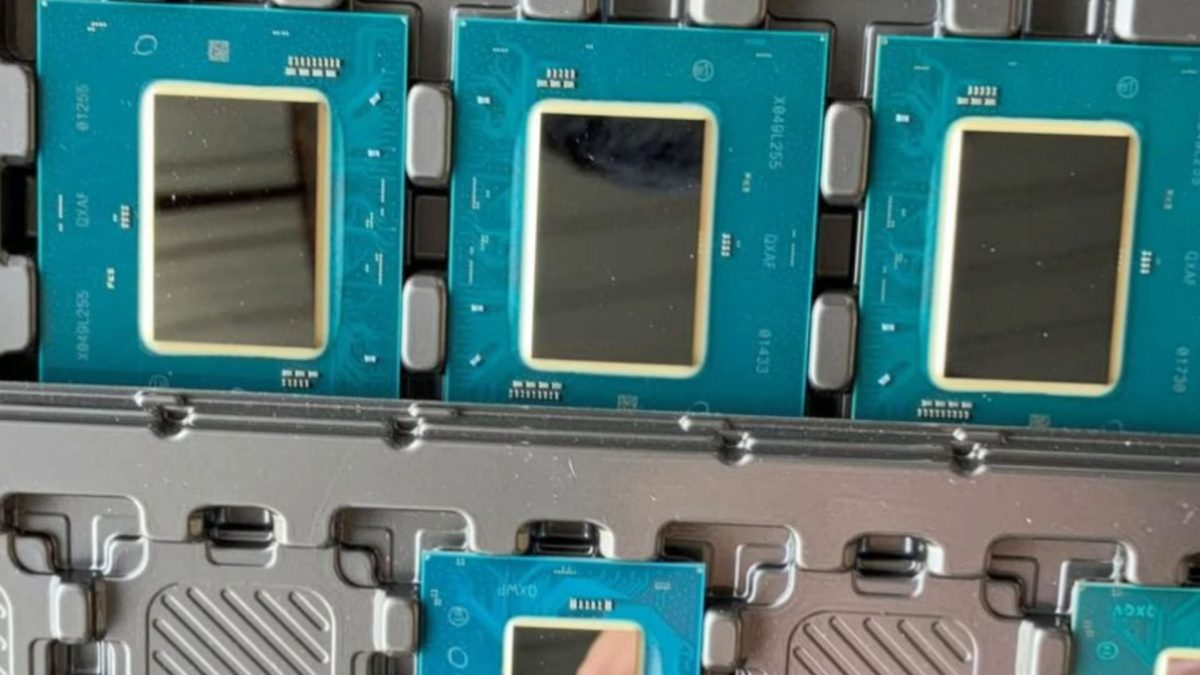 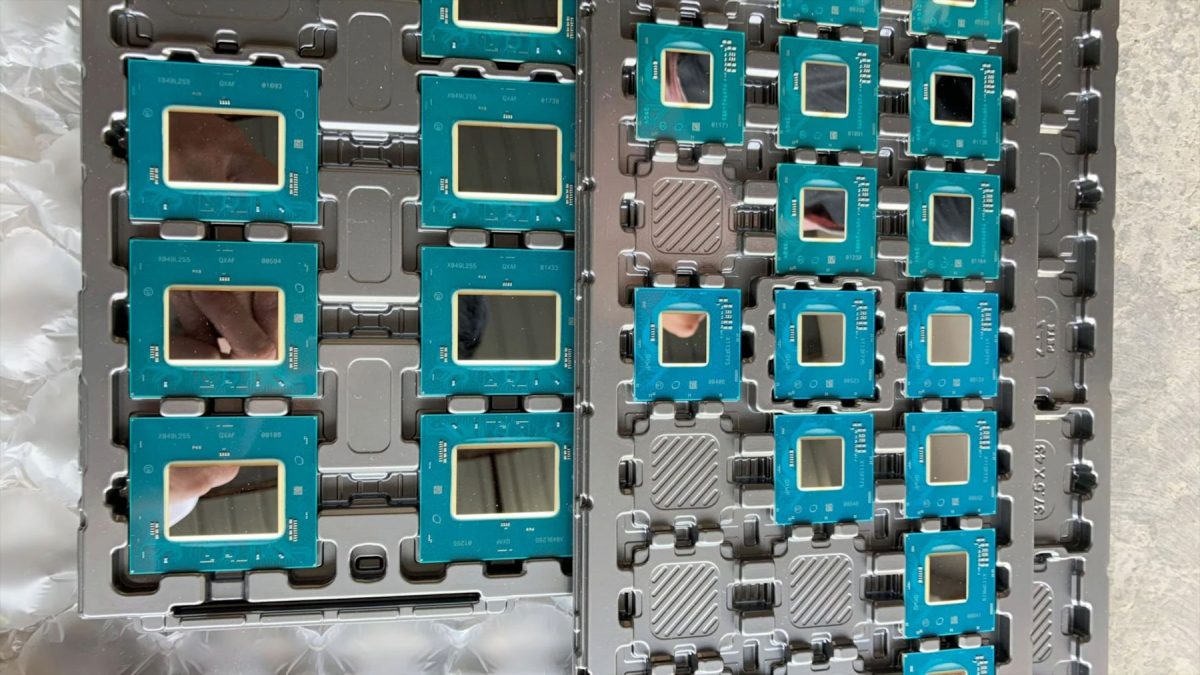 A picture demonstrates how much bigger the SOC1 chip is compared to SOC2, as trays of both GPUs are pictured right beside each other. The photos likely feature pre-production samples which are now available to select board partners. Such GPUs are required to prepare custom discrete boards or laptops. Those chips are likely not offering the performance of real chips though.

The launch schedule of the Arc Alchemist is still not very clear it seems. Just recently Intel has reaffirmed it will launch its GPUs in the first quarter of 2022, however even so close to this date we still do not know any details, such as which version (mobile or desktop) is launching first. According to MLID, the mass production of the DG2 chips has not even started yet and pre-release (qualification) samples are not to ship to partners until January. For this reason alone, Intel Arc Alechemist Desktop has a chance to launch before Mobile, mainly because next-gen laptops with Alder Lake-P will already be announced at CES 2022 in early January. So even if OEMs announce AlderLake/DG2 designs, they won’t be ready till the second quarter it seems. Desktop gaming cards, on the other hand, will ship as soon as they are ready as they are not attached to the launch schedule of any other product (such as mobile CPUs). 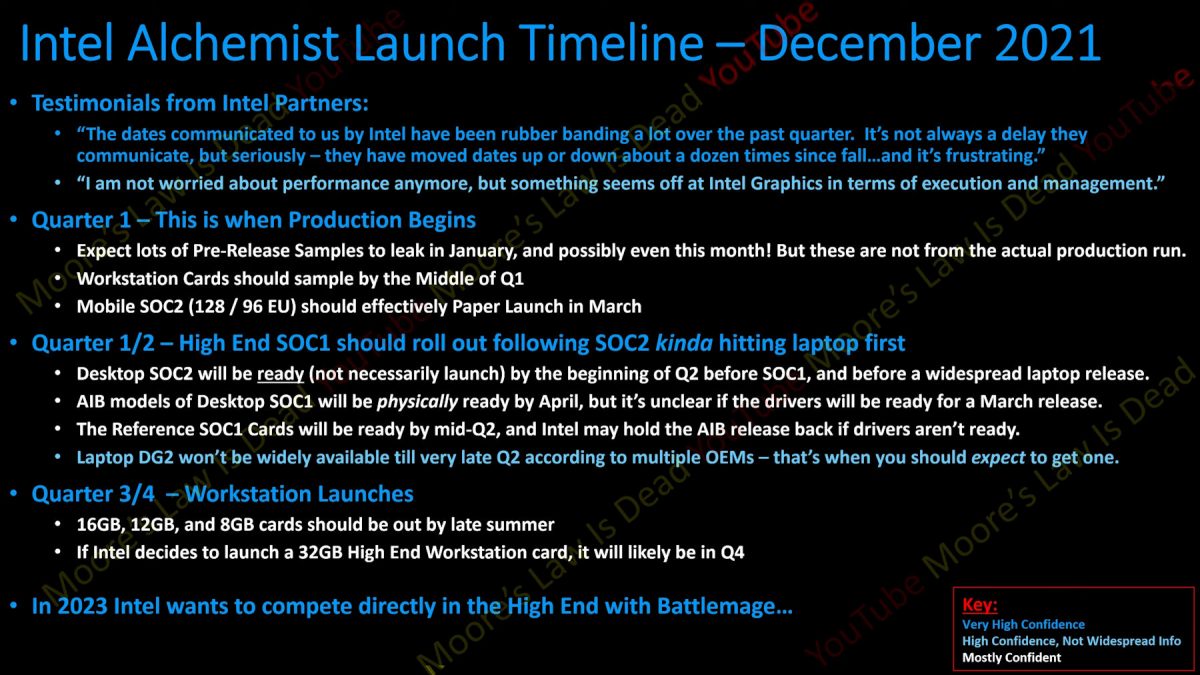 The top DG2 chip featuring 512 Execution Units and up to 16GB GDDR6 memory is now set to compete with NVIDIA GeForce RTX 3070/Ti on desktop and RTX 3070/3080 on laptops. A lot of focus is put on Arc entry-level GPUs though, seemingly abandoned segment by AMD and NVIDIA. Similar interest is put on the rumored Arc Workstation series, which are set to undercut NVIDIA RTX Ampere offering in terms of price. Interestingly, MLID claims that Arc Alchemist could go up to 32GB of memory, should the series be ready before NVIDIA deploys its Lovelace Workstation graphics cards. 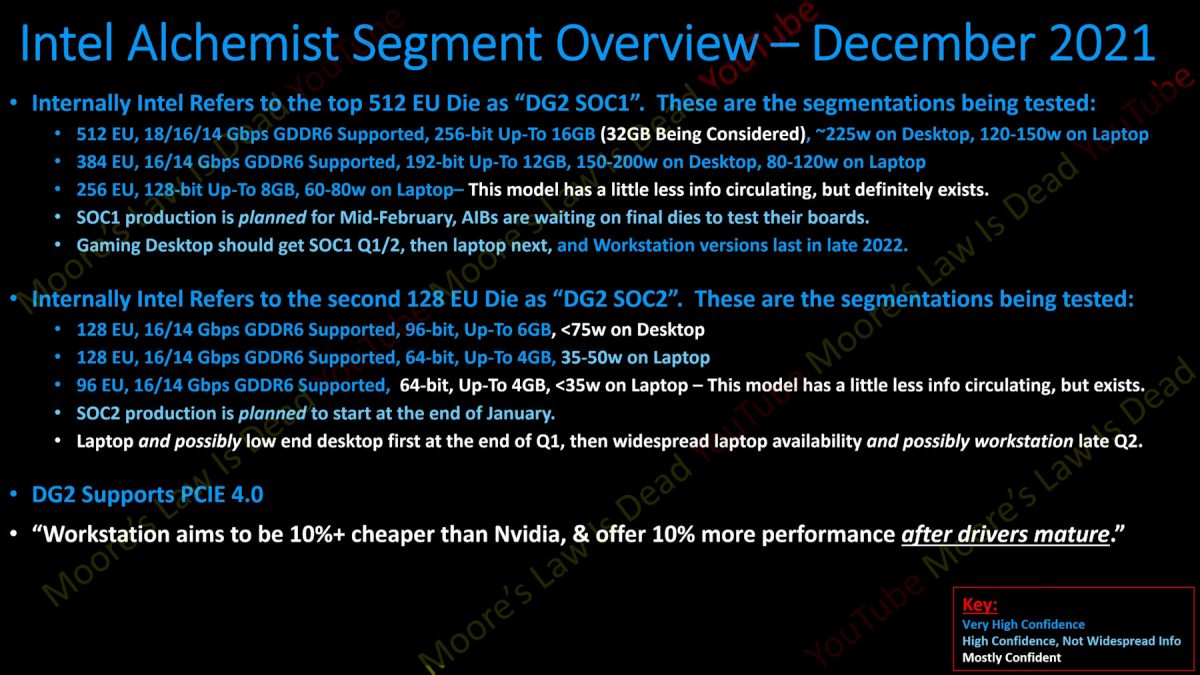 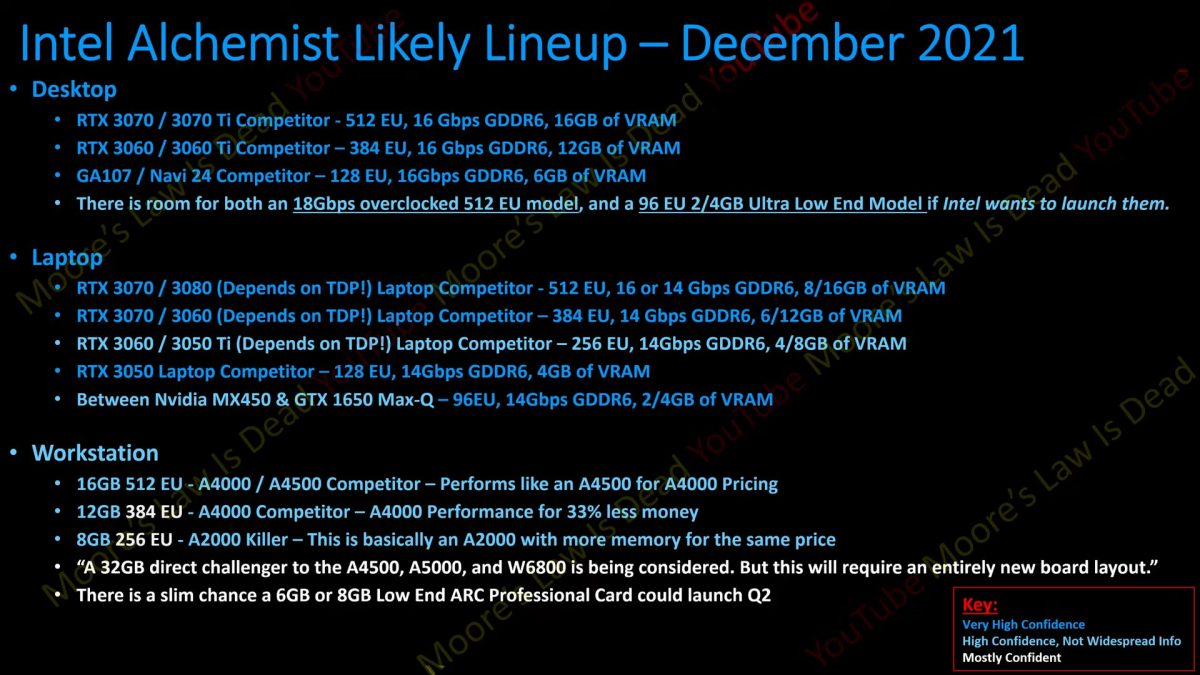 We are likely to hear more details on Arc Alchemist at Intel’s CES 2022 press conference on January 4th. One shouldn’t probably expect detailed specifications to be presented there, but product launch dates and segmentation are the least Intel could unveil there.