Alchemist flagship mobile GPU has now been tested with and without Advanced Optimizations enabled.

Rogame reports that Intel Arc A770M is now properly working in 3DMark Time Spy, as new scores of devices equipped with this flagship Alchemist discrete GPU have now been spotted. One of the scores features NUC12SNKi72 system, the latest Mini-PC from Intel featuring not only Arc graphics but also Alder Lake CPU. The other is a Clevo X270PTA 17.3-inch gaming laptop.

In both instances the GPU scored above 10K points in GPU test, which is faster than RTX 3060M. 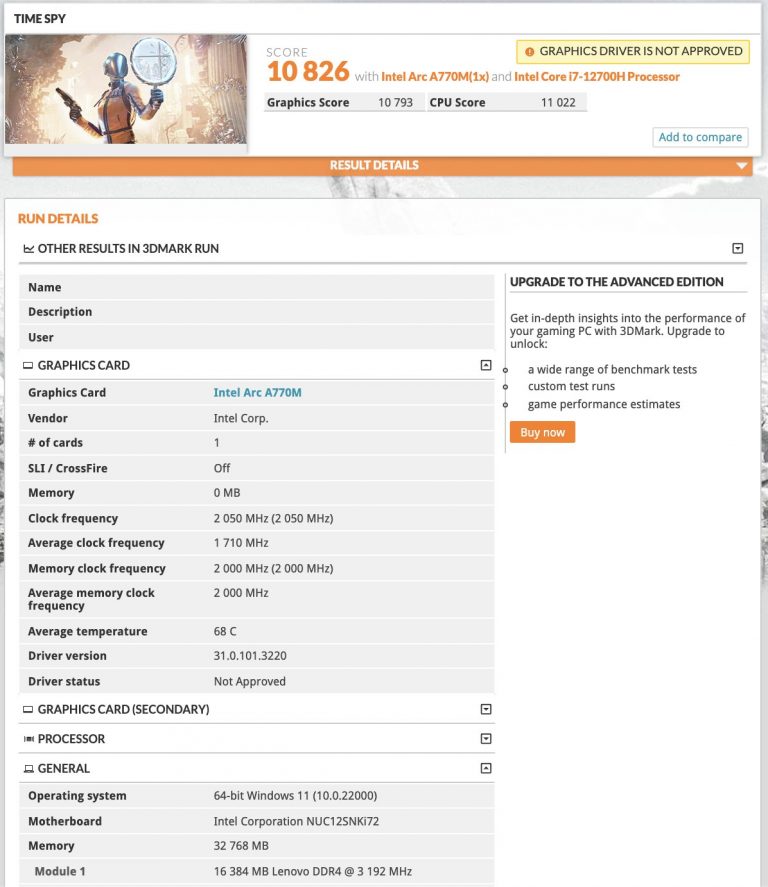 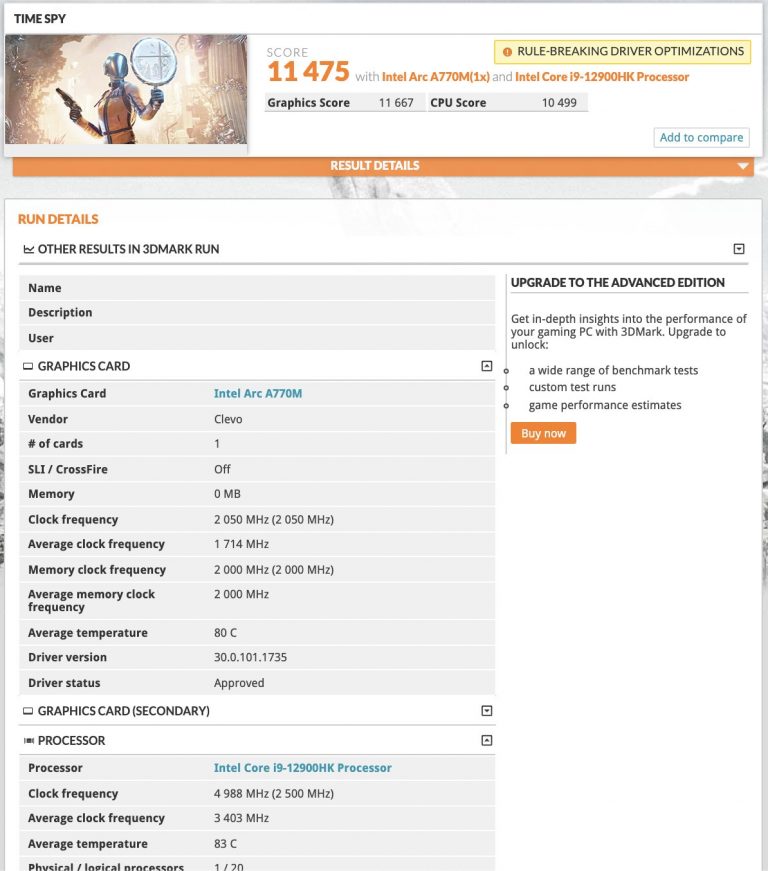 Clevo and NUC systems reportedly have the similar average clock of 1710-1714 MHz with top frequency reaching as high as 2050 MHz. Furthermore, 16GB of GDDR6 memory is clocked at 2000 MHz. The NUC A770M did appear to be running cooler though, up to 68°C, while Clevo reached 80°C.

As said, the NUC system has no APO (driver optimizations) enabled, and it scored 10793 points, whereas the Clevo system scored 11667 points with APO enabled. The latter score is above RTX 3070M, but those results are neither valid according to 3DMark rules, nor they mirror gaming performance.

The A770M is the flagship GPU from the Alchemist mobile series. Thus far there were no full reviews of this discrete GPU yet, however it now appears to be available with some systems in China.