Intel Arc A770 in Blender

The upcoming desktop Arc A7 series are not just for gamers, visual 3D artists will also take advantage of the latest graphics architecture.

Blender Cycles is a render engine with physical based path tracer introduced more than 10 years ago. Over time the rendering pipeline moved from CPU rendering to GPU rendering, now supporting CUDA/OptiX for NVIDIA GPU and OpenCL acceleration for AMD GPUs. The upcoming Blender 3.3 LTS update will also bring Cycles of rendering for Intel’s oneAPI, allowing Intel GPUs, such as the Arc Alchemist to take advantage of their own architecture. 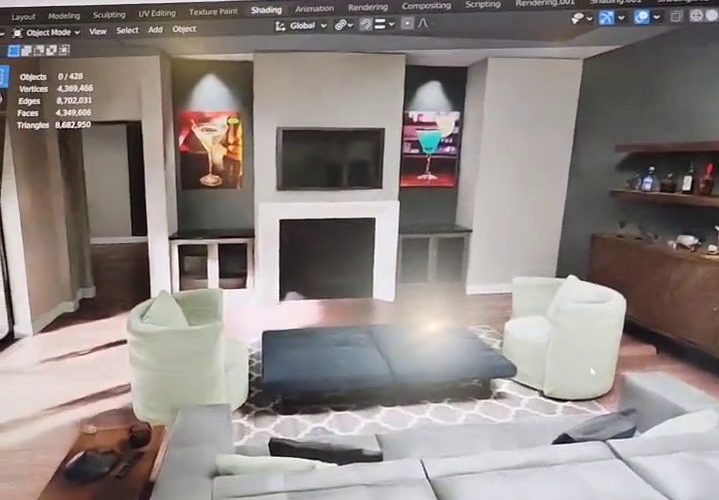 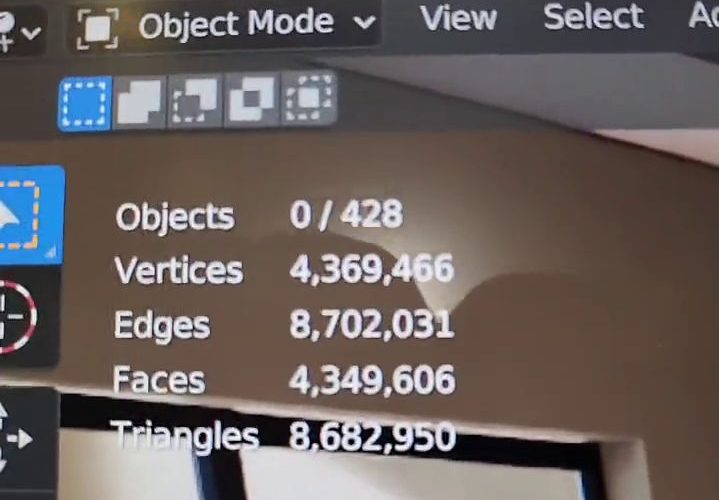 At SIGGRAPH  2022 Bob Duffy (Intel Director Graphics Community Engagement) showcased an Intel Tiger Lake based system running Blender Cycles with raytracing and live denoising running on Arc A770 GPU. A NUC 11 Extreme featuring Intel 11th Gen Core KB-series CPU has been used here, although it was long expected that NUC 12 Extreme is to be paired with Arc A-series once they become available. 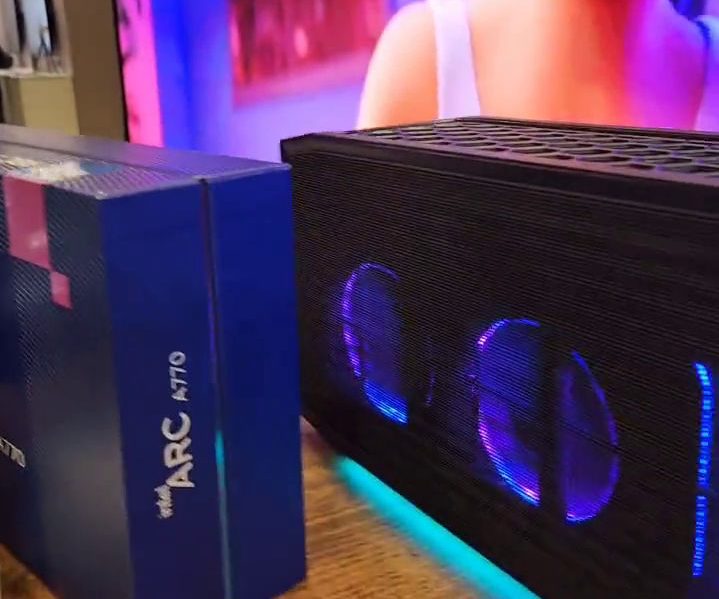 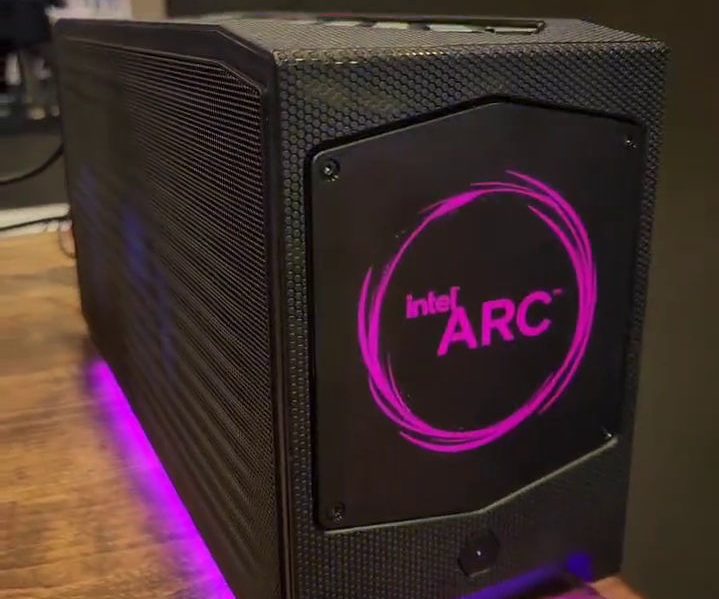 Just recently, Intel announced its Arc A50 and A40 GPUs for professional work. These cards were designed for raytracing acceleration, machine learning and video encoding, but both are based on ACM-G11 GPU, the low-end Alchemist GPU. It is very likely that we will see the ACM-G10 based Arc PRO model later, but for the sake of the SIGGRAPH demo, the gaming variant was used.

Intel Arc A770 features full ACM-G10 GPU with 32 Xe-Cores and 16GB of GDDR6 memory. This graphics card is confirmed to be the flagship model of the Alchemist desktop series and has already been showcased in a few games running modern APIs. Unfortunately Intel has not confirmed when this card will become available and at what price. The company did confirm that the Limited Edition which was used for this Blender demo will be sold globally through official webstore and select partners.

Example of what I showed at #SIGGRAPH2022. Dense scene with indirect lighting in #B3D, rendering Cycles raytracing in realtime viewport with live denoising, rendered on #IntelArc A770 GPU in a NUC 11 Extreme PC pic.twitter.com/db89fSuGgP