Gamers Nexus has an exclusive first look at Intel’s yet unannounced Arc A750 graphics card.

Intel did not even confirm this model yet, at least officially. The A750 is an upper mid-range model that was included into the drivers a month ago. However, the company did not confirm or announce more desktop GPUs than their entry-level Arc A380. Ironically, the first photos of the Arc A750 actually come from Gamer’s Nexus review of the A380. This is, in fact, the very first review of desktop Arc GPU from the United States. 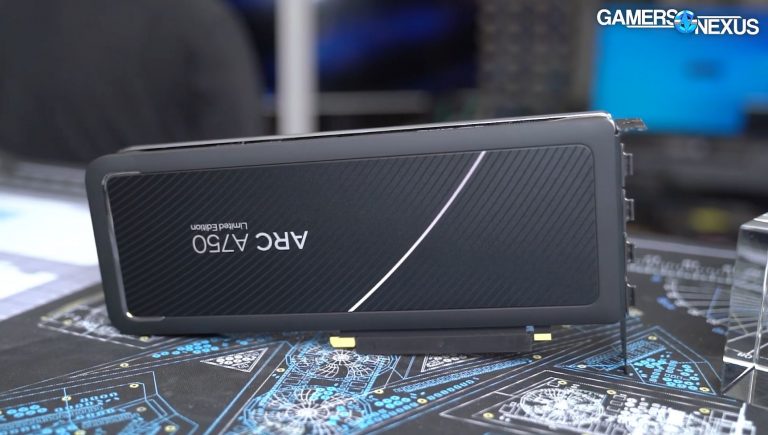 Gamers Nexus is already testing this graphics card, however no benchmark results were published yet. Therefore, one cannot be sure how much faster is the A750 from A380.

The A750 looks just like the card Intel has shown earlier, which may suggest that the model was not the flagship after all or Intel is doing multiple Limited Edition models. The A750 should offer as many as 24 Xe-Cores out of 32 available on the ACM-G10 GPU. 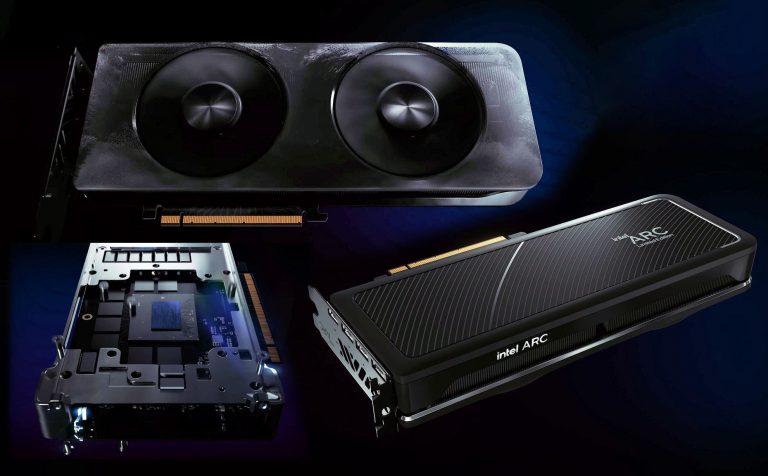 One should expect Intel Arc A750 to launch in China first, possibly even for OEMs exclusively in the first stage. Only later it should become available to retail market.