The score of the ACM-G10 based mobile Intel Arc Alchemist graphics card has been leaked.

Over at Weibo, the leaker known as “Golden Pig Upgrade” published a score from 3DMark Time Spy benchmark run with over 10K graphics points. This score was achieved with Intel’s new Arc Alchemist mobile GPU known as Arc A730M, which is not even the full ACM-G10 based model. This discrete GPU features 24 Xe-Cores out of 32 available on this graphics processor. 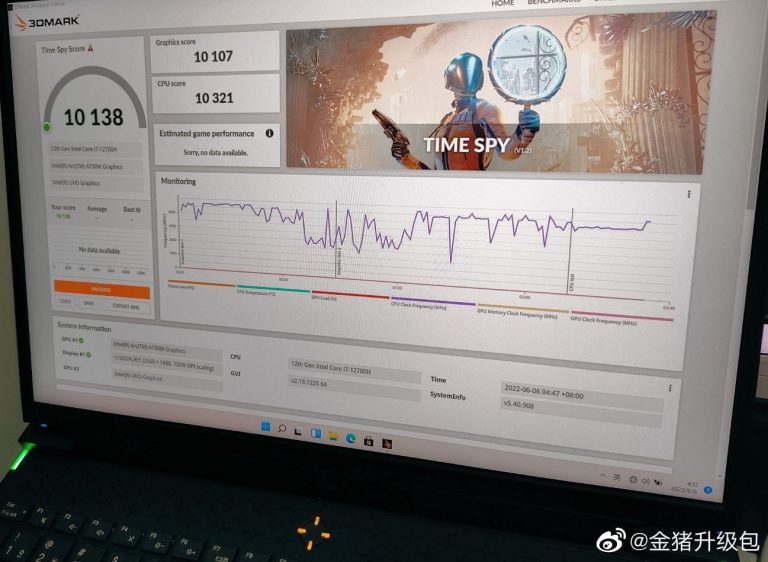 The test was conducted on a Chinese Mechanike laptop with Intel 12th Gen Core “Alder Lake” CPU. In this case the system was equipped with Core i7-12700H 14-core processor.

According to this result, the A730M would score 10107 graphics points in TimeSpy, which is faster than NVIDIA GeForce RTX 3070 Laptop, according to Notebookcheck’s GPU ranking, which has an average score of 9462 points. The Arc A730M result is even faster than some RTX 3070 Ti GPUs (with sub 115W TDP).

What is important to note is that Intel offers optimizations for its Arc GPUs for benchmark such as 3DMark software specifically. Unfortunately those optimizations render 3DMark score as invalid and may not give comparable performance with other mobile graphics cards. 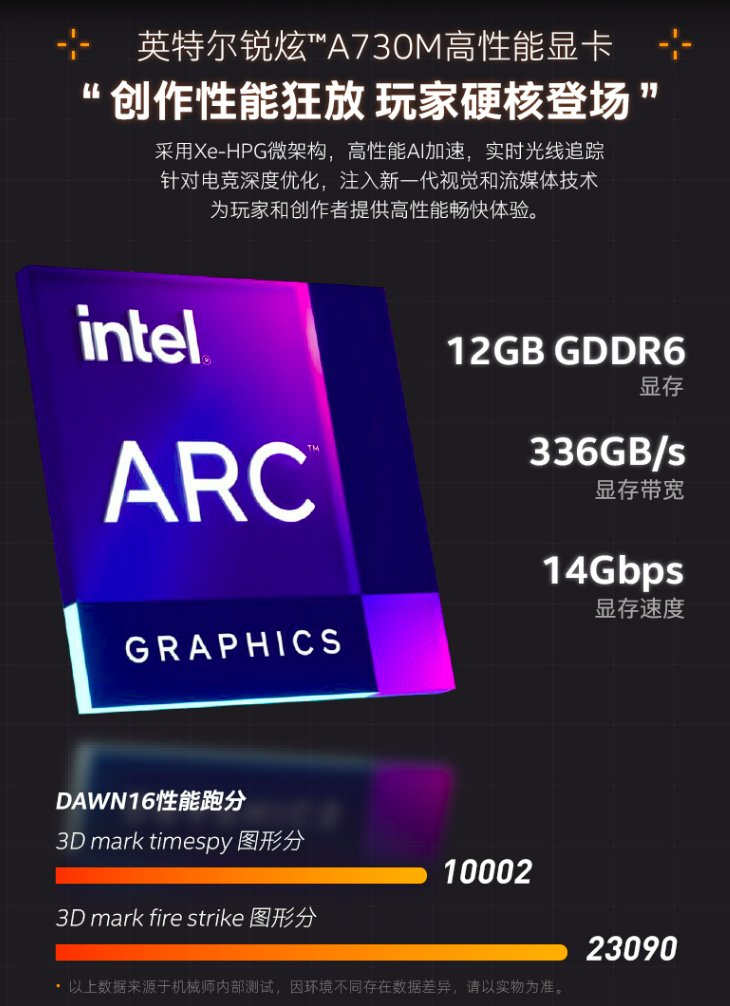