Yesterday, we have learned how Intel Arc A7 Limited Edition GPUs perform in modern and older games. The graphics cards were released many months later than expected. However, a very attractive price and lack of competition from next-gen GPUs at this price segment, may still give Intel GPUs a chance.

TechPowerUP tested the Intel A7 GPUs with systems that are not officially supported. This means lack of ResizableBAR support and older PCIe Gen3 system. Support for ReBAR is a requirement for Intel GPUs to work properly, which was reiterated by Intel employees many times over. However, this does not mean Arc GPUs cannot be used without this technology at all.

The results may vary, but overall Arc really may lose up to a quarter of performance without ReBAR. According to TPU tests, the lack of PCIe Gen4 support is not as important as lack of ReBAR. Older PCIe Gen3 standard only shows a 0-2% variance throughout the tests. On the other hand, lack of ReBAR may result in 76-80% of performance, which is a significant difference. 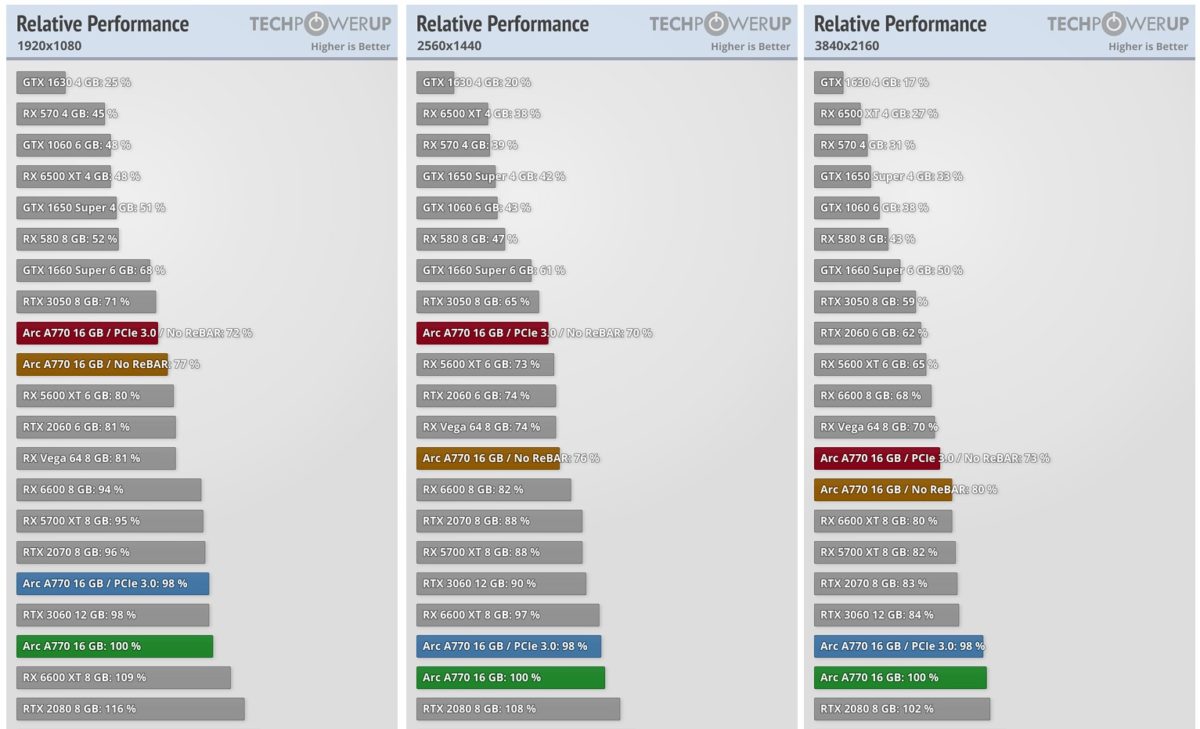 What this means that systems that lack Gen4 support but still have ReBAR, can still be used with Arc GPUs without major performance drawbacks. This includes Intel 10th Gen Core or Ryzen 5000G series which are limited to Gen3 standard, but also many systems that received ReBAR support unofficially (such as Intel Coffee Lake).