At South Korean National Radio Research Agency (RRA) website one can find a certification for brand-new Arc GPU. This model was not announced yet, but it seems to be the first sign of workstation desktop GPU based on Alchemist series.

We have previously seen A30M or A40M Pro graphics listed on manufacturer websites, but those were all mobile GPUs. The A40 Pro is a desktop workstation SKU, seemingly an entry-level variant. 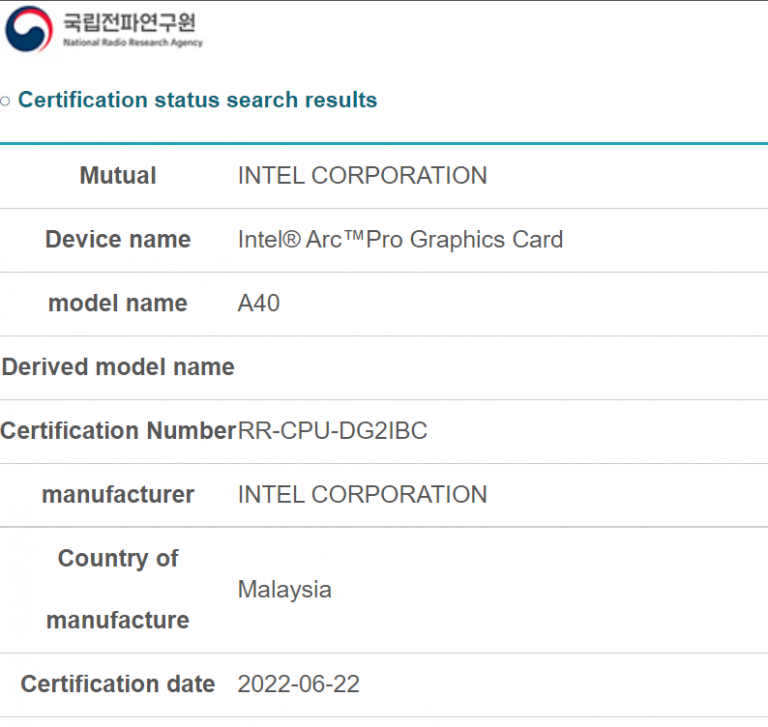 Intel has thus far not announced any workstation part nor any A4 GPU for its gaming series. The mobile A40M was listed alongside the RTX A1000 GPU from NVIDIA, which is one of the slowest workstation GPUs from an Intel competitor. 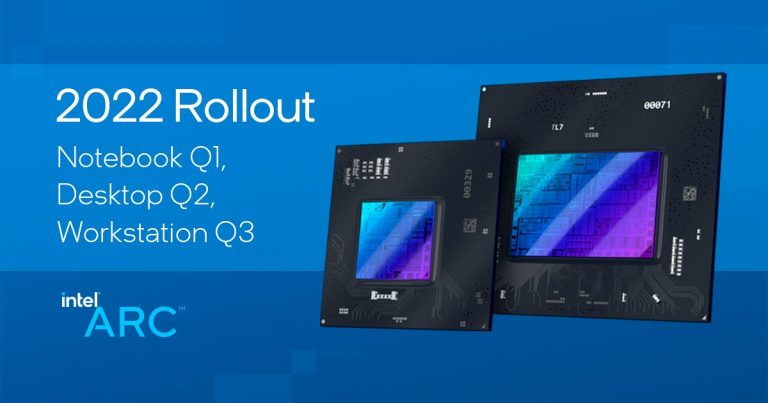 Officially workstation Arc GPUs are set to launch in the third quarter. However, Intel has seemingly pushed back each Arc segment launch to the very last moment, with A350M mobile GPU launching in the end of Q1 and Arc A380 desktop gaming SKU appearing just this week (so end of Q2). So to keep this tradition, A40 Pro should launch in late September.