Intel Arc A380 GPU tested in 50 games, “compatibility better than expected for a newcomer”

PC Games Hardware took Intel’s only Arc Alchemist desktop GPU for a large-scale test. Rather than focusing on graphics card to graphics card comparison, the GPU was tested for compatibility in 50 titles released from 1999 to 2022.

Intel has some serious issues with the games that do not use modern APIs: Vulkan or DirectX 12. While the company is working around the clock to fix as many bugs as possible and optimize their architecture for older titles, the time to launch desktop GPUs is almost over.

Recently, Vice Present and GM for Visual Compute Group at Intel Lisa Pearce confirmed the company will work to optimize Arc GPU performance for DX9 and DX11 APIs, while DX11 should eventually work as good as DX12 in the future. This process will take time and gamers choosing Arc GPUs should either trust Intel will resolve those issues as soon as possible or just look elsewhere for GPU architecture that works. The good news is that older gamers usually do not require powerful GPUs these days, so the choice is plenty.

Intel’s latest driver released on August 19 has eliminated many issues with the GPU compatibility and for its Control panel, heavily criticized by reviewers. It is still not perfect and Intel is now fixing known issues, and there are many. 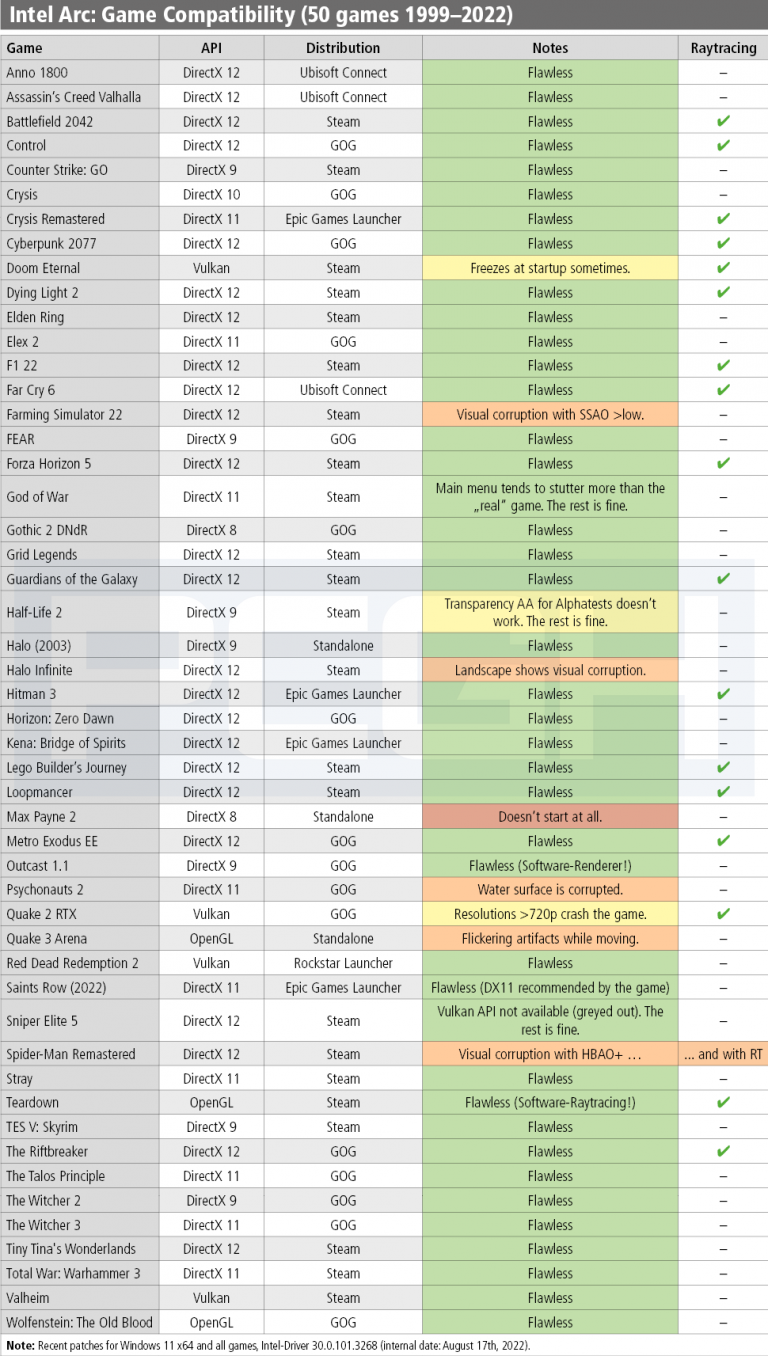 Some games require a specific Intel driver to work (showing errors on start), but since Intel has branched its Arc Drivers, those requirements are simply wrong and games work regardless. Clearly Intel has a lot of work to do with game developers directly and this will take a lot of time. Hopefully with enough resources, help from the community and tech reviewers those issues will be resolved soon.

Next month, Intel is more than likely to launch its Arc A7 graphics, the upper mid-range series that may finally put Intel on performance charts against NVIDIA and AMD most popular GPUs. Unfortunately for Intel, both companies will soon introduce new architecture, which will strengthen their position even further.