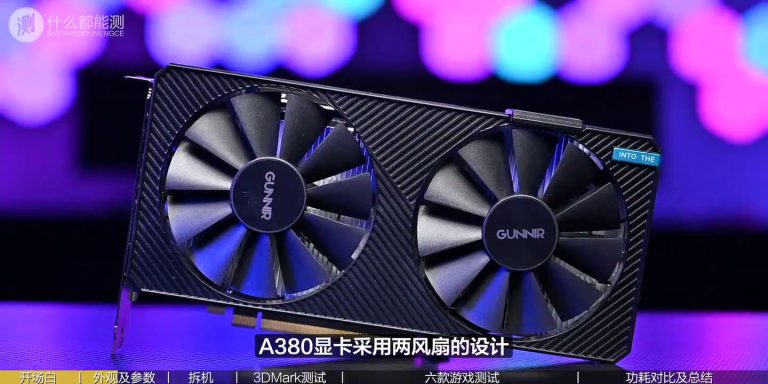 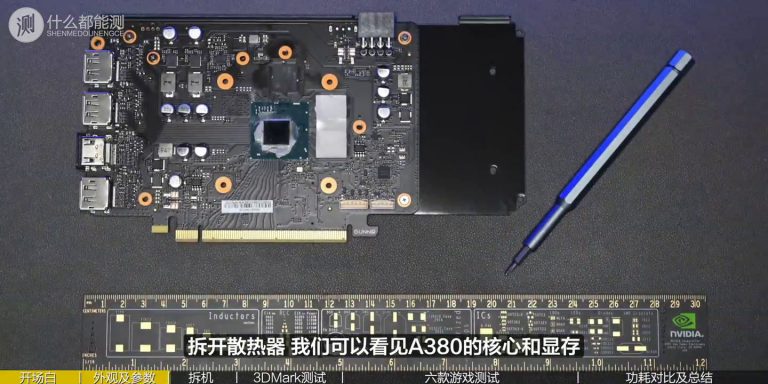 The reviews posted today focus on the GUNNIR A380 Photon graphics card, which is thus far the only custom card based on this Intel desktop GPU.

The first results came from Shenmedounengce who tested the card on a mid-range Intel Alder Lake system with Core i5-12400 CPU, B660 motherboard and DDR4 memory. The card was compared against NVIDIA RTX 3050/GTX 1650 and AMD RX 6500XT/6400 graphics cards, all considered entry-level offering. 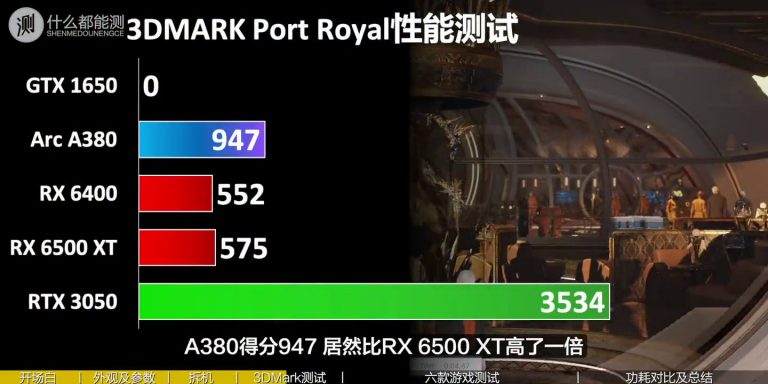 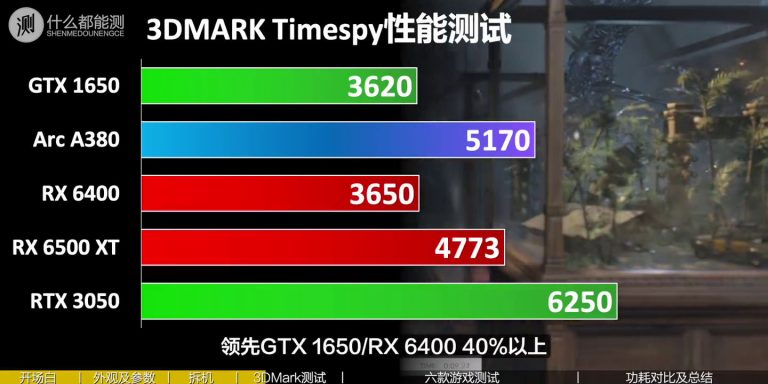 In synthetic 3DMark tests, Intel GPU is faster than RX 6400/6500XT graphics cards, while being slightly slower than RTX 3050 GPU. This is a correct statement for both Time Spy and Port Royal test. In this ray-tracing test, it scored almost twice as high as AMD Navi 24 GPUs, but NVIDIA card was still 3.7x faster in this particular test.

Gaming tests include League of Legends, PUBG, GTA5, Tom Raider, Forza Horizon 5 and Red Dead Redemption II. Unfortunately in terms of gaming performance the A380 is not going very well, as it is outperformed in every single title at 1080p resolution. 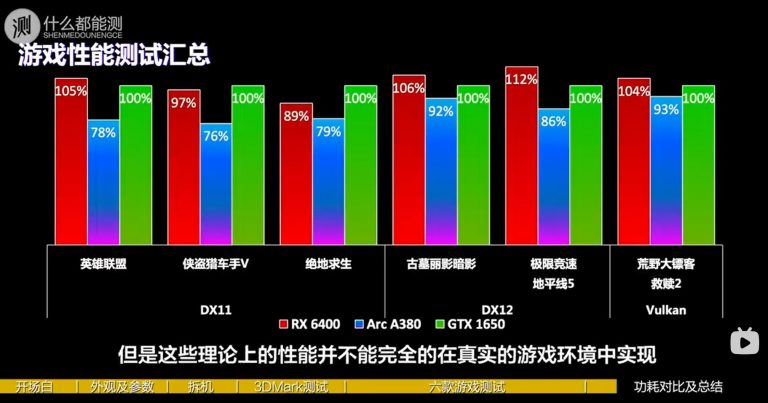 Intel Arc A380 graphics cards launched exclusively in China last week. This graphics card is not yet available for sale, but initial listing show that this SKU will cost more than Intel’s suggested retail price of 1030 CNY.