Intel Arc A370M laptops are now available for preorder in US, New Zealand and Australia

Intel Arc A370M is no longer South Korea exclusive, laptops now available for preoders in US, NZ and AUS

Intel Arc A370M laptops are finally launching in different regions. This discrete graphics card based on full ACM-G11 GPU with 8 Xe-Cores is an entry-level GPU, but as shown in first reviews, still gaming capable.

According to official HP website, the orders will be shipped on July 1st.

In Australia and New Zealand there is a Yoga 7i Gen7 16-inch EVO laptop now listed for 2730 AUD and 3000 NZD respectively. Interestingly this laptop has nearly identical specs to the HP Envy, including a 16-inch screen, the exact same i5-12500H processor, 16GB DDR5 memory and 0.5 TB storage. More importantly, there is Intel Arc A370M on board. 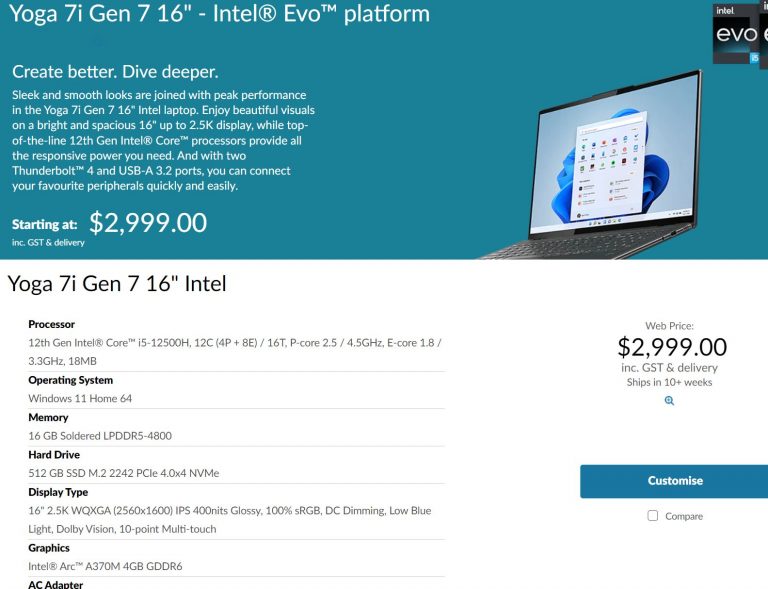 Lenovo estimates that shipment of these laptops will start in 10 weeks, so a bit later than HP. This applies to orders from both New Zealand and Australia.