As we have reported earlier today, Intel Arc A-Series of mobile GPUs are currently exclusively available for the South Korean market. This is where one may find Samsung Galaxy Book2 Pro laptop optionally outfitted with Arc A350M graphics.

As it turns out, there are actually reviewers in the country that were able to find and test such a laptop, essentially becoming the first in the world to test the Intel Arc GPU. 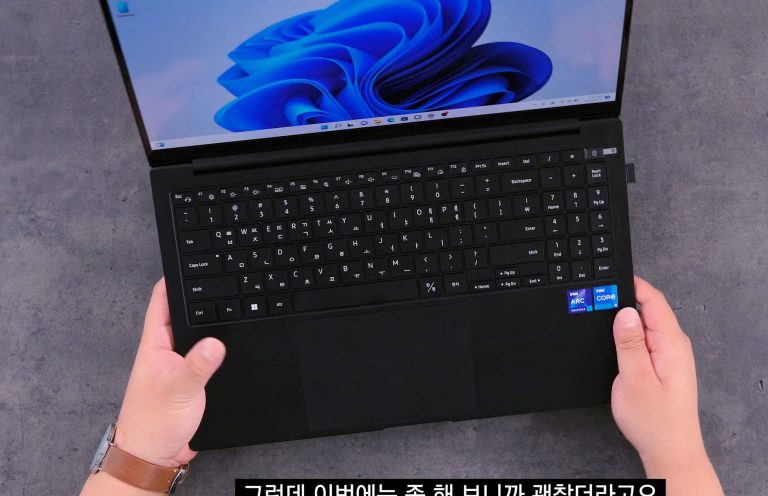 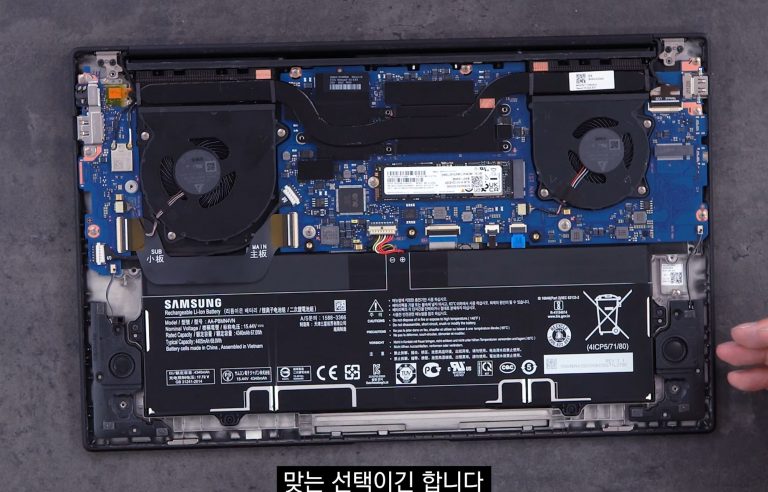 Tech reviewer bullslab from Jeoljit Research Institute (뻘짓연구소) is testing Samsung laptop with a product code of NT950XEV-G51A. This model features Core i5-1240P Alder Lake 12-core and 16-thread CPU. It also features 16GB of LPDDR5 RAM, 1080p 60Hz AMOLED display and weights only 1.17 kg. More importantly, it is equipped with Arc A350M mobile GPU with 4GB of RAM. The A350M is the lowest tier SKU in the Arc Alchemist series, featuring an ACM-G11 GPU with 768 shaders and 64-bit memory bus. 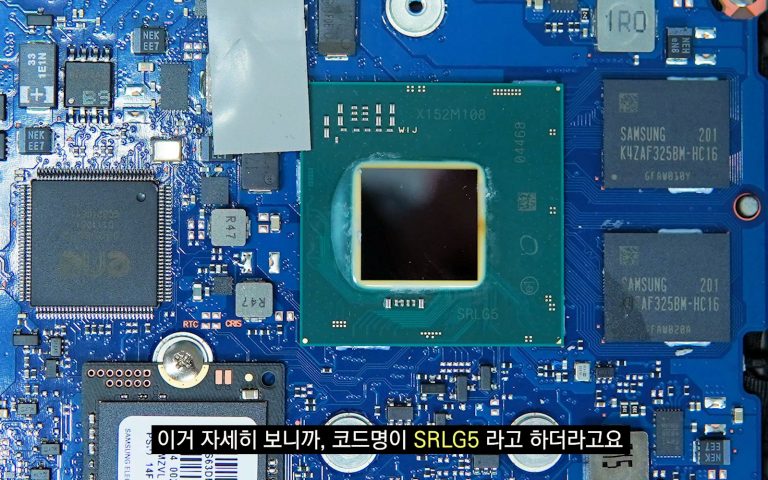 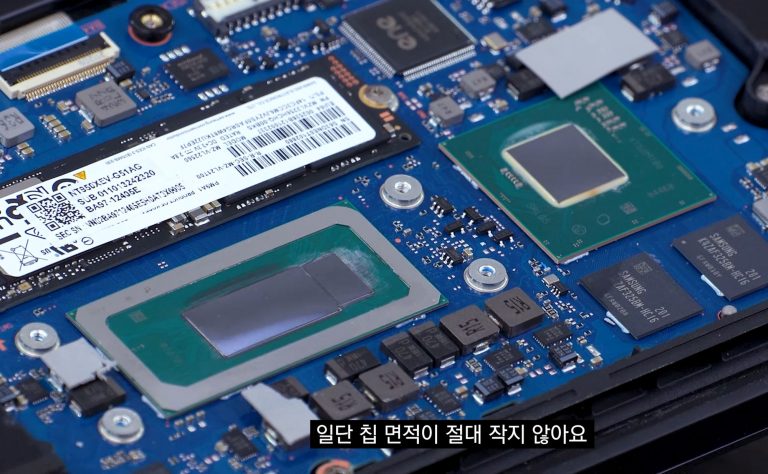 Upon preparing the system for testing (driver updates), the reviewer immediately notices that this process will be confusing for first time users. This is especially a problem for the GPU drivers, which, for some reason, have a dedicated branch for Arc GPUs. Those drivers are older than the most recent branch for all integrated GPUs (30.0.101.132 vs 30.0.101.1660). To make things worse, Intel’s own graphics panel (not Arc Control) is not displaying the correct name of the GPU, but lists “Unknown 5694” instead. 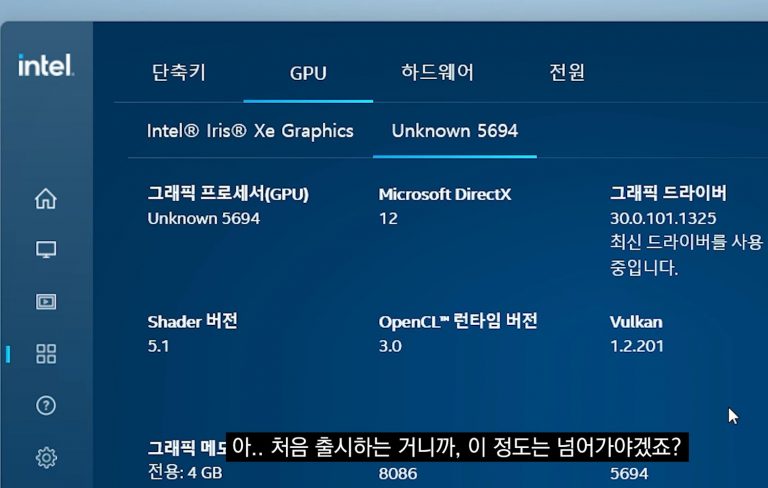 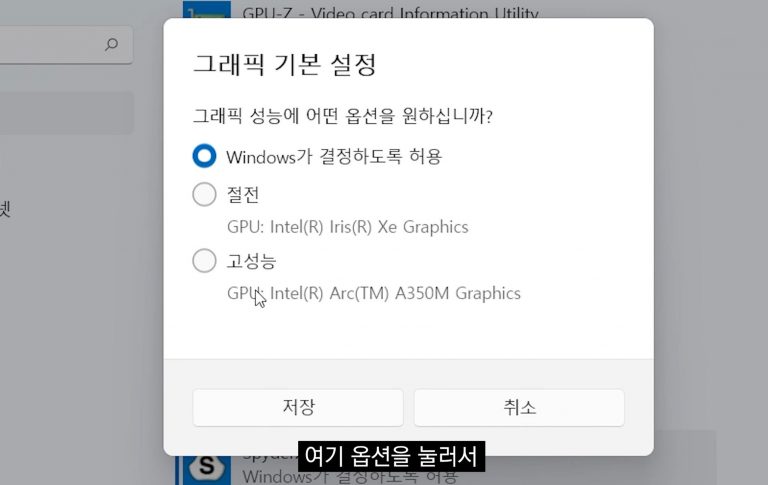 In 3DMark test, the Arc A350M is indeed faster than NVIDIA GeForce MX450 with 25W TDP, but visibly slower than GTX 1650. This is not the lowest Max-Q variant though (it would make a lot more sense to compare a 35W Max-Q version here), so this is not an apples-to-apples comparison. The GPU is struggling to output more than 200 points in Port Royal ray tracing benchmark, but then the GTX or MX series don’t offer any RT hardware acceleration, so this is still a win for Arc GPU. 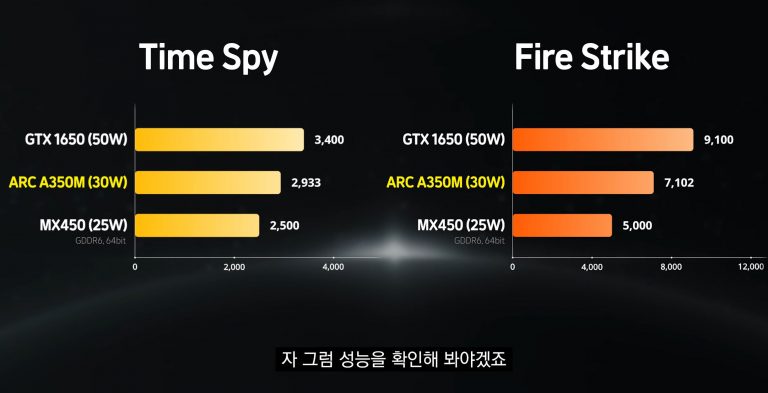 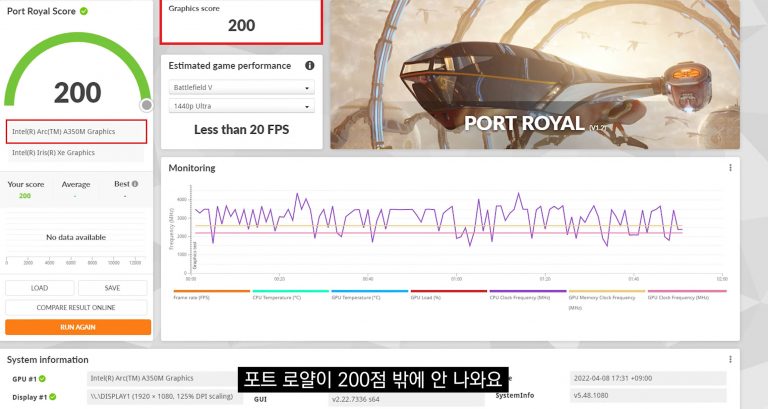 Up to 2.2 GHz clock in games and low GPU usage

In gaming tests, the reviewer notices a few anomalies, such as relatively low GPU usage through tested games and not very stable GPU clock. This is especially visible in PUBG testing, which has a lot of stutters, but the core frequency stays at 2.2 GHz. On a contrary, in games with low GPU requirements such as League of Legends, the GPU usage is relatively low and the framerate is still good (~70 FPS in Overwatch or ~ 100 in LOL). All games were tested at 1080p resolution with low settings (judging from the quality). 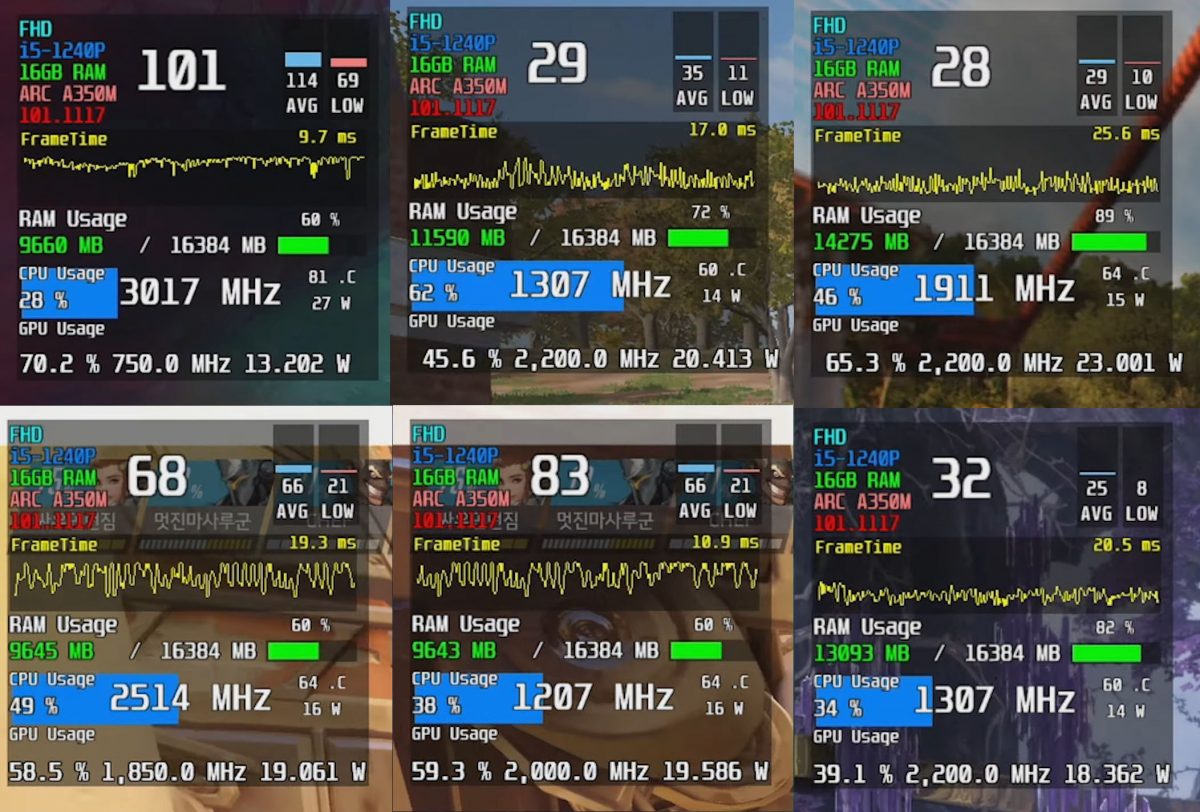 The reviewer points out some graphics glitches in games, or the fact that some games do not work at all (such as Forza Horizon 5 and COD Cold War). There is clearly still a lot of work ahead for the Intel graphics team. Not to mention actually making Arc GPUs available to customers in other countries.

Update: There are two more reviews here and here. We attached the 3DMark scores from those featuring the same Arc A350M GPU: 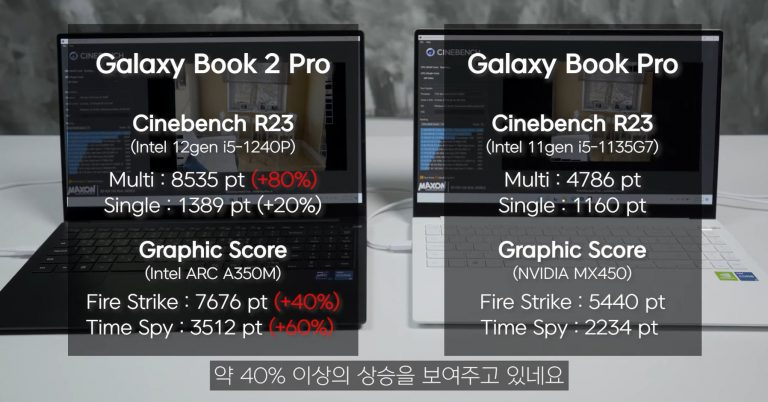 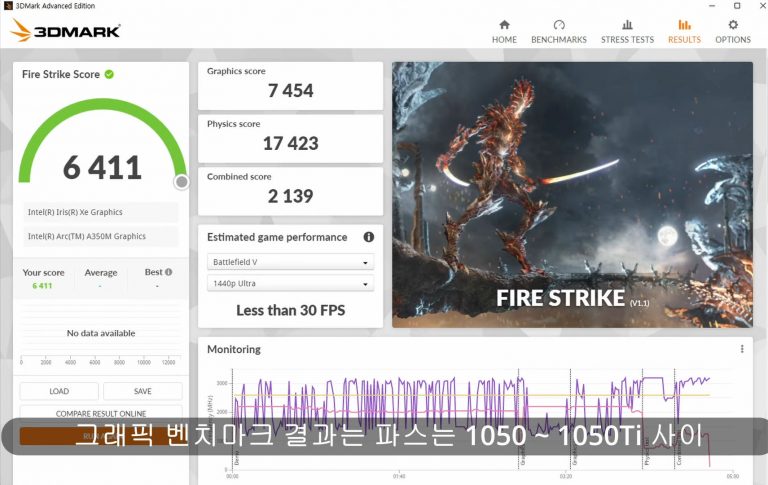 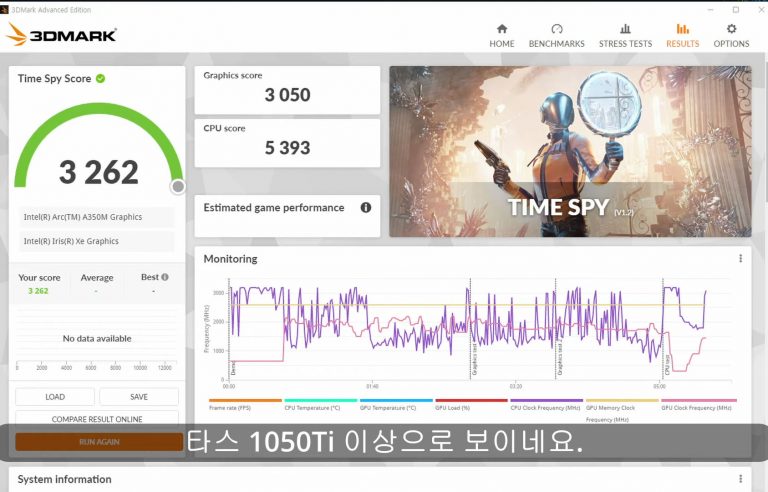