Either way, Xeon W-1200 series are now offering up to 10 cores and 20 threads. The flagship model Xeon X-1290P is basically a copy of Intel Core i9-10900K. It adds error-correcting code (EEC) support and also some SKUs are compatible with Intel vPro platform, but some Intel Core processors are included in the vPro lineup as well.

Another change is the naming of the integrated graphics. Intel Xeon W-1200 have UHD P630 graphics instead of just UHD 630 (quite a change is it not?). They all appear to be based on Comet Lake GT2 (with 24 Execution Units). There are no details on the GPU clock speeds yet. 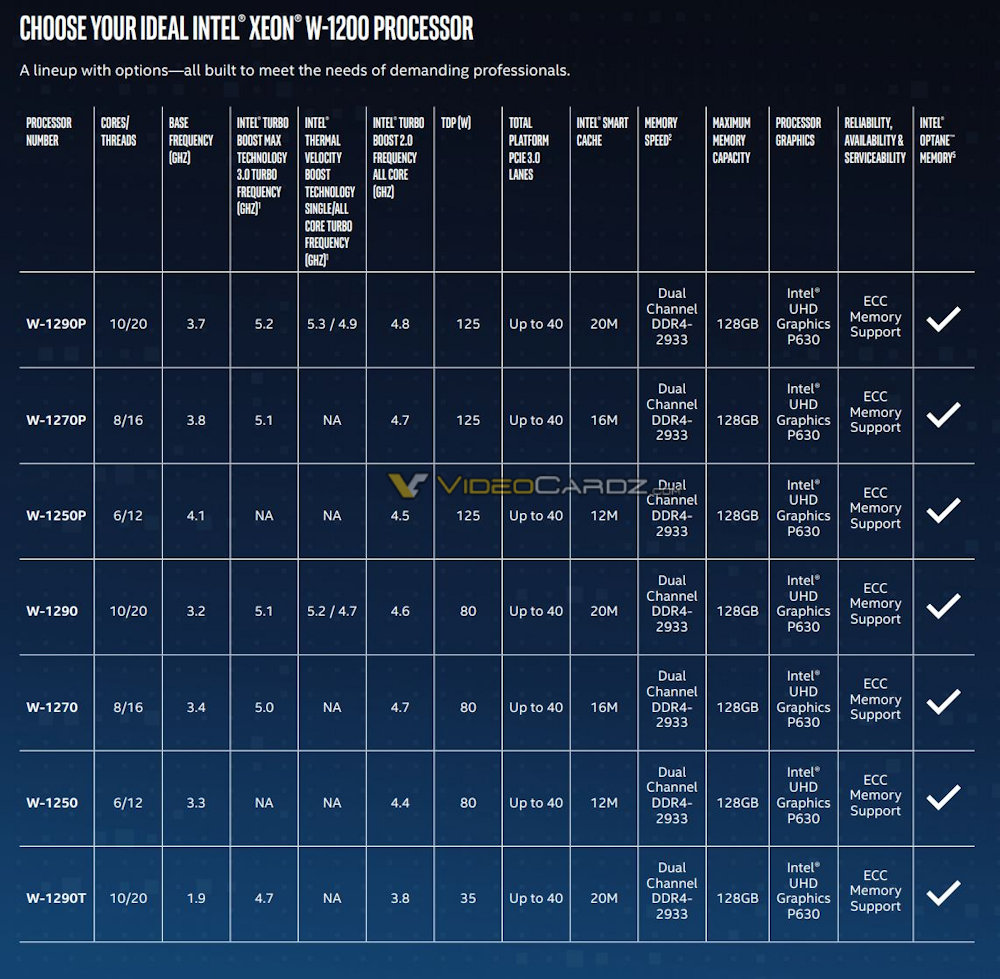 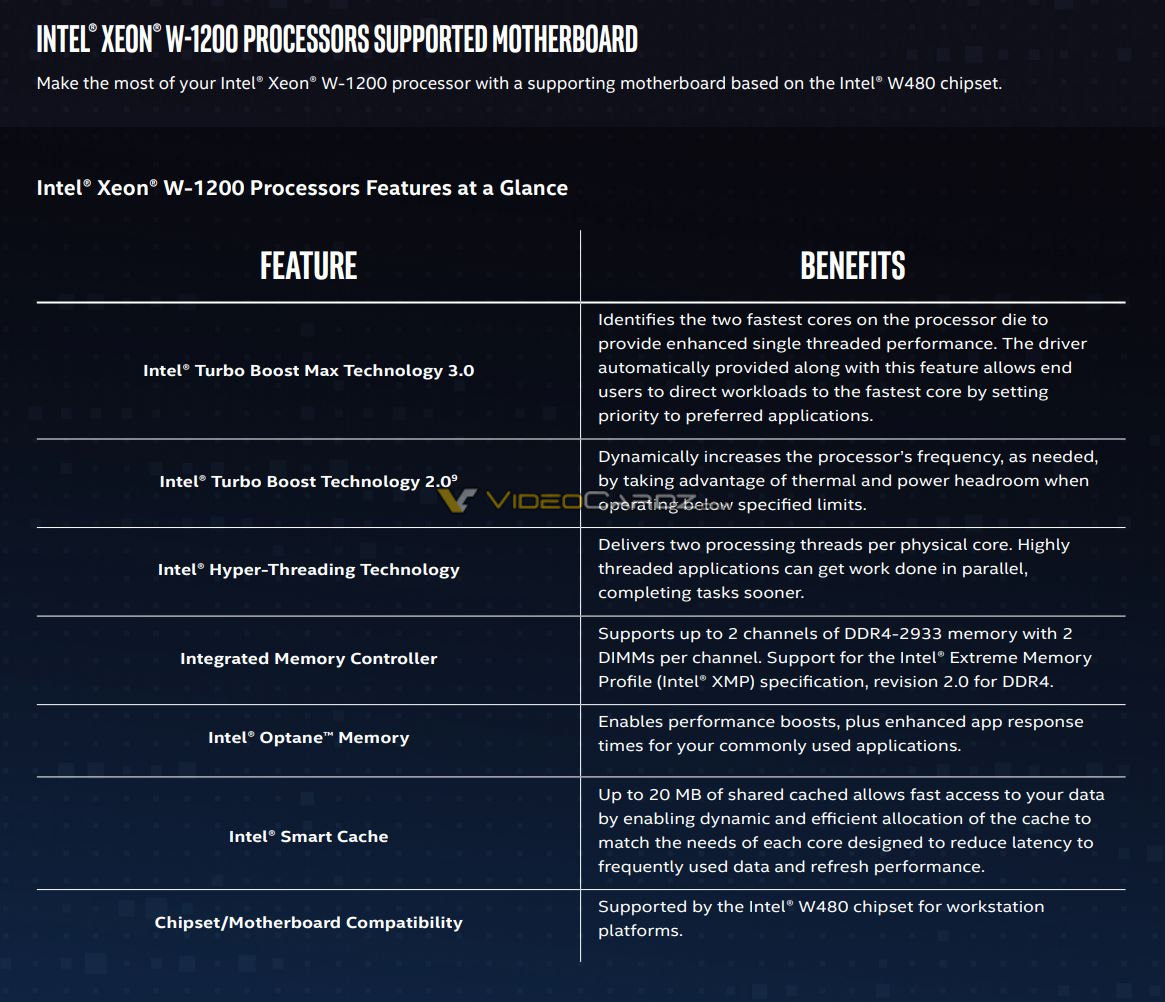