The next-generation 125W SKUs are here.

Today Intel unveils 13th Gen Core series codenamed “Raptor Lake”. The new series feature three SKUs, each to be available in two variants (with and without built-in graphics). The company is adding 4 (for i5/i7) to 8 (for i9) cores to each segment compared to the 12th Gen Core series. 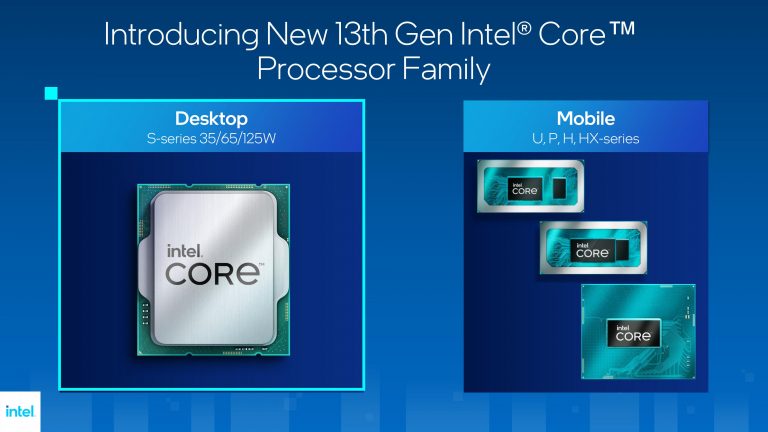 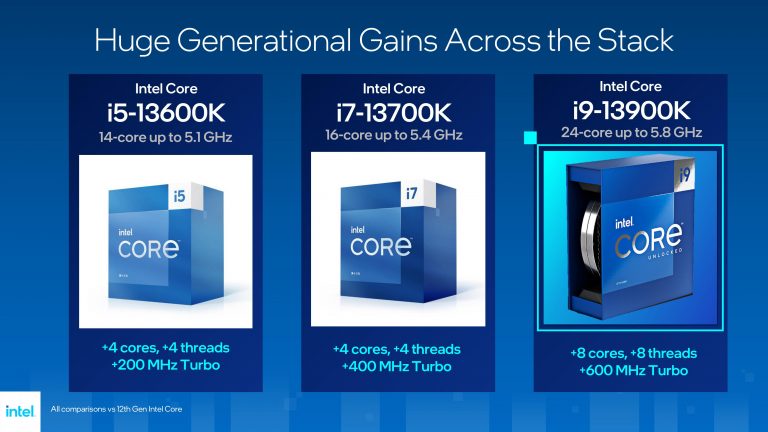 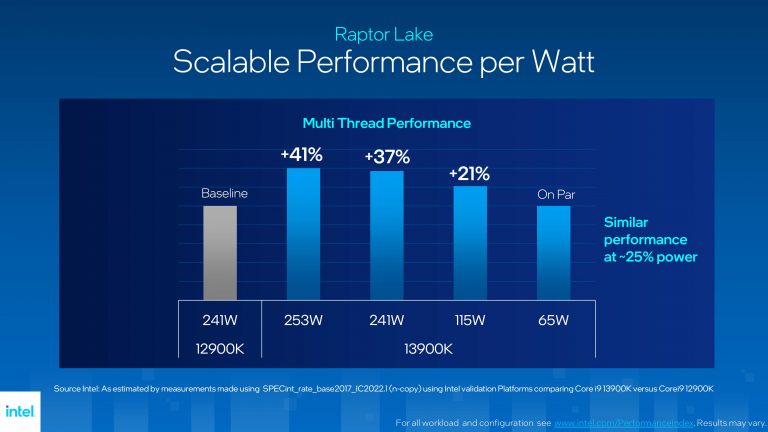 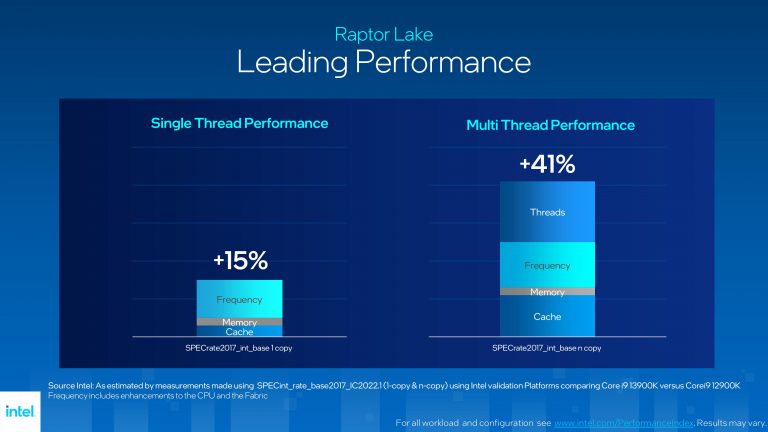 Intel is claiming gaming leadership with its i9-13900K, which reaches parity with 12900K performance at 65W. According to Intel data, the new SKU is up to 37% faster with the same 241W TDP. 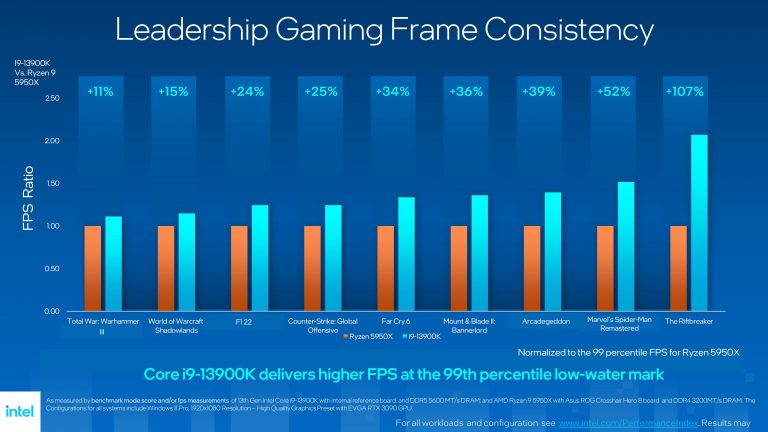 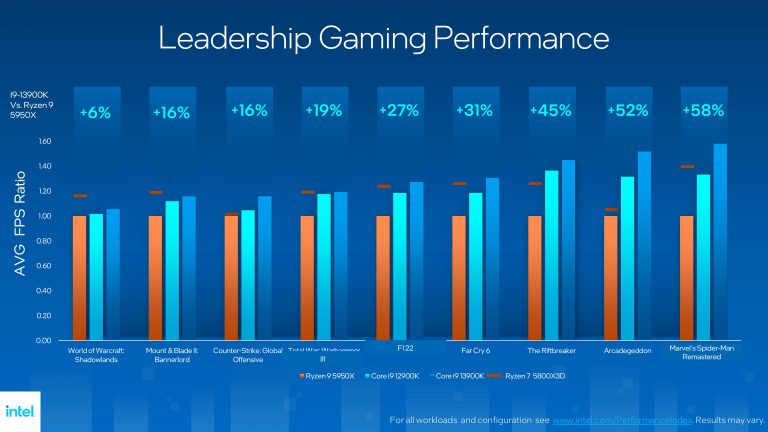 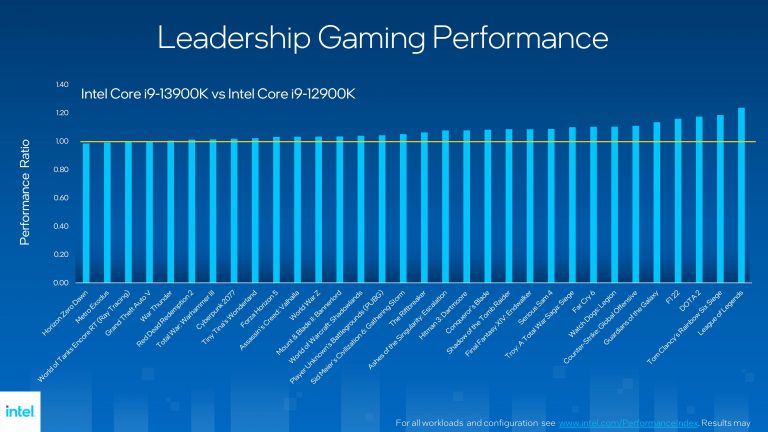 Intel also sharing gaming performance for its flagship 24-core SKU, delivering higher FPS in the ’99th percentile low-water mark’. The company confirms, 13th Gen Core series will be available on October 20th, which is the same day Z790 motherboards will go on sale.