At CES 2022 Intel releases eight high-performance Alder Lake-H processors with up to 14 cores. Unlike the mid-range and entry-level desktop CPUs, which Intel also launches today, all mobile CPUs come with Efficient cores.

Intel Core i9-12900HK and i9-12900H are the flagship CPUs featuring a boost clock up to 5.0 GHz on Performance cores. What is interesting is the fact that such a boost clock will also be available with AMD Ryzen 9 6980HX/HS processors, which are being introduced today as well. Those are 14-core and 20-thread processors featuring the full implementation of Intel Alder Lake-P silicon. The Core i9 and Core i7 SKUs all have Maximum Turbo Power (previously referred to as PowerLimit2) of 115W. 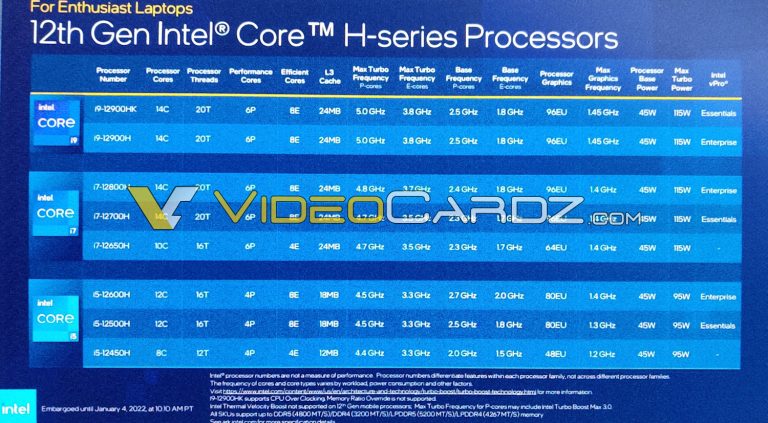 The 12th Gen Core series will also include a U-series with a default TDP of 15W, but with boost capability up to 55W. The U-series will feature up to 10 cores and 12-threads. Interestingly, low-power parts will also include 5-core Pentium and Celeron parts. Those might be considered successors to 11th Gen “Lakefield” because they have the nearly identical configurations of one big core and four small cores. 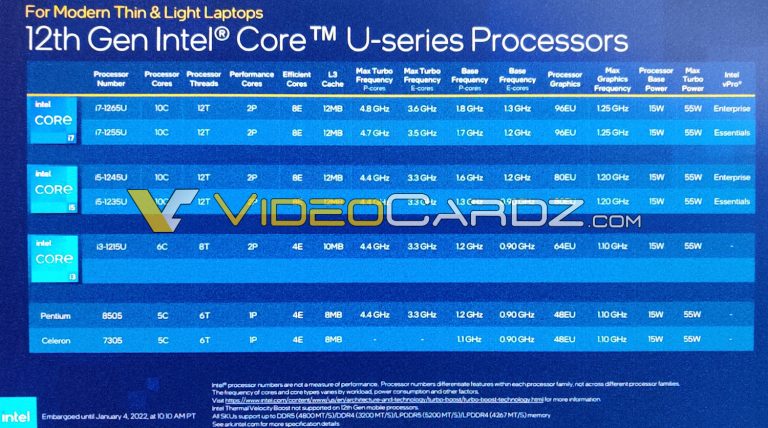