Lenovo China Gaming Desktop Product Planning Manager known as Wolfstame on Chinese media platform Weibo shares information on unreleased hardware on a frequent basis. This time around, he shared the power and heat stability test of the undisclosed Alder Lake CPU from AIDA64.

According to the screenshot that he posted, a processor which is not named heats up to 93°C with an average of 86°C after 51 minutes of testing. The user is careful not to name the product as it obviously breaks the embargo. He notes that GeForce RTX 3090 is no longer the only thing in the system that consumes 350W of power. This part is an Intel Core processor (as seen on a screenshot) with an unknown number of cores and configurations.

To achieve 248W average package power consumption, the CPU would have to run in PL2 (power limit 2) mode for an extended time (in other words it has to be overclocked beyond the maximum load time). Out of all leaked Alder Lake CPUs, only the 125W series is known to have a 241W PL2 limit, those are the K-series SKUs. In other words, Wolfstame is testing either Core i9-12900K, i7-12700K, or i5-12600K. 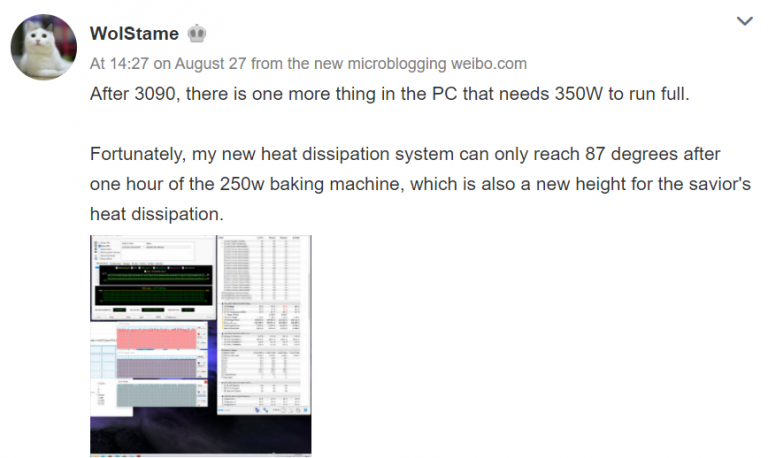 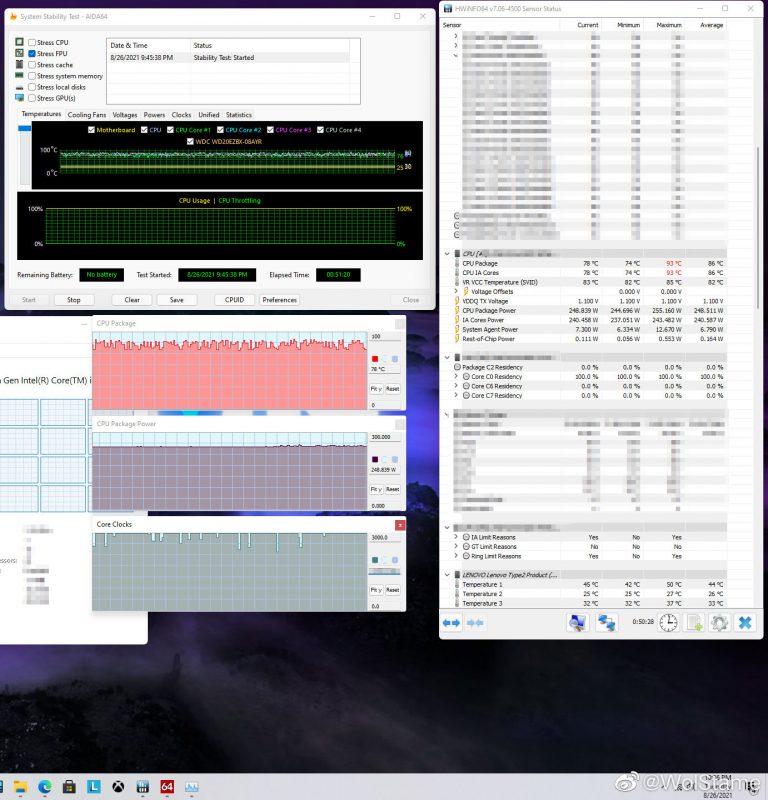 Undisclosed CPU being tested by Wolfstame

Support for Intel Alder Lake has been included in the most recent release of XTU utility, a special tuning tool for Intel CPUs. Along with the update comes support for Intel heterogenous architecture featuring Performance and Efficient cores, implying that both types of cores will be adjustable to some degree through the official tool.

Since Alder Lake brings DDR5 memory technology support to the mainstream market, Intel is also adding support for this standard for the XTU utility. This likely does not mean memory overclocking through XTU though, as this should be handled by the BIOS XMP profiles and manual adjustment. 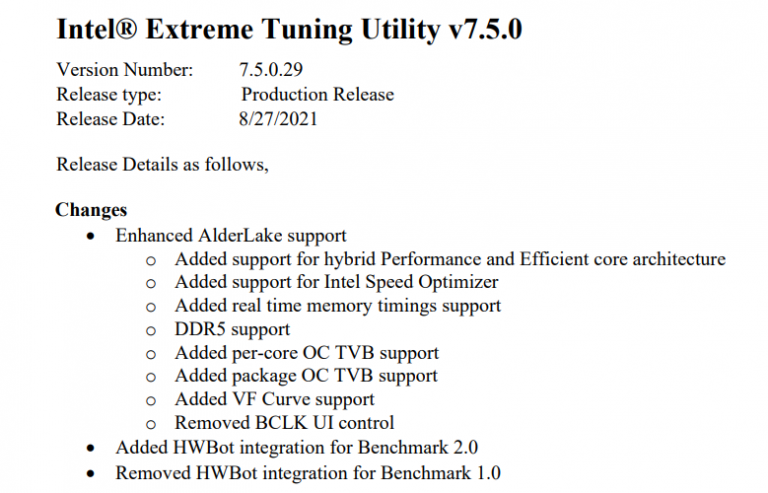