An engineering sample of the Alder Lake-S processor has appeared in the benchmark database of CapFrameX software.

This could be the first gaming benchmark of Intel Alder Lake-S to date. While the manufacturer has already showcased the Alder Lake-S test system at CES 2021, no performance figures were shared at the time. The leak from the CapFrameX database (via ComputerBase), which stores data recorded by the benchmarking software, features an entry from a person who has been evaluating Intel Alder Lake CPU in games. The entry is dated 5th April 2021, so it is not fresh, yet it is the first time we get to see: Alder Lake-S CPU, NVIDIA RTX 3080 graphics, and DDR5-4800 system memory working in a game.

CapFrameX does not record the detailed specifications of the hardware that is being tested, but it does record performance as well as sensor data tied to those results. For this reason, we only know what has been tested but there are no processor specifications, except for a frequency of 2.2 GHz, which indicates this is clearly an engineering sample.

The processor was tested on an Intel reference motherboard and was paired with four DDR5-4800 modules each with 8GB of memory.

With the GeForce RTX 3080 desktop graphics card, the system scored an average of 119.98 frames per second in DOTA2. Unfortunately, those numbers are meaningless as there is no information on the game settings (image quality or resolution), not to mention system configuration. Pretty much the only thing we learn from this leak is that Alder Lake-S is already capable of gaming. 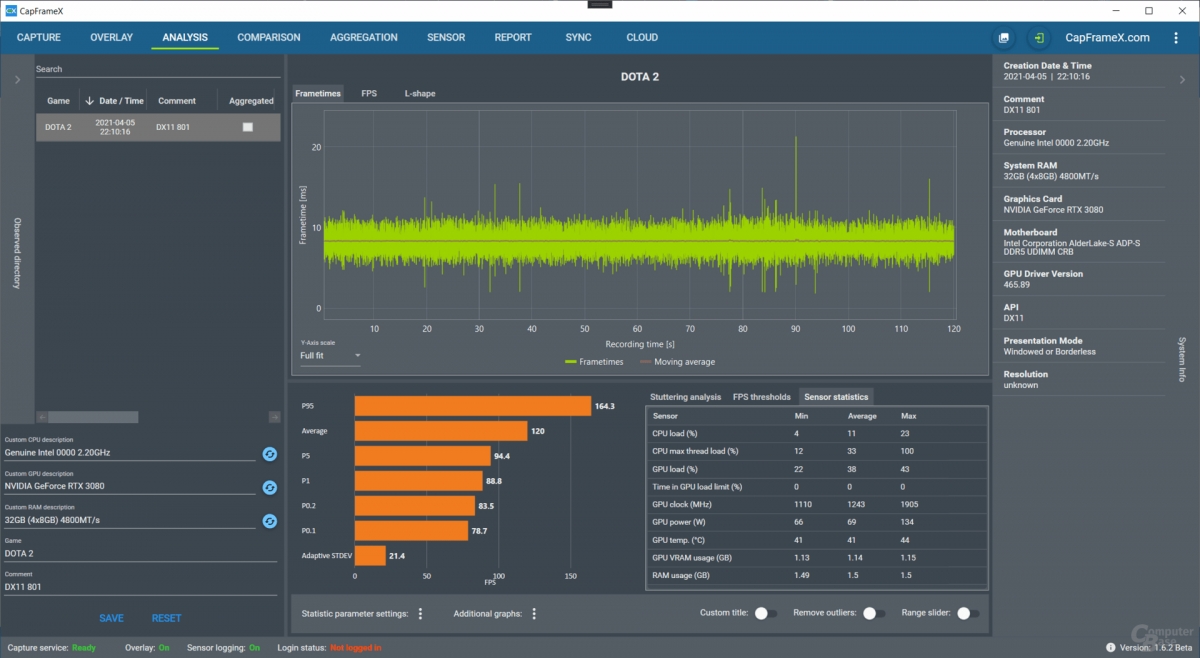