A new Intel 12th Gen Core CPU has been spotted on Geekbench.

Intel Alder Lake-P CPU with 14-core with 20 threads has made its first appearance on Geekbench. This unusual configuration can be traced back to Intel’s Hybrid Technology, which utilizes big and small cores. The P-series are expected to be the first high-end mobile series equipped with such a technology, following Lakefield which was designed for ultra-low power platforms.

According to the Geekbench result page, the CPU has been able to reach 4.7 GHz clock speed, however, it is unclear which type of core has reached this frequency. Do note that this is the maximum frequency, on average the CPU has been running at 4.27 GHz. 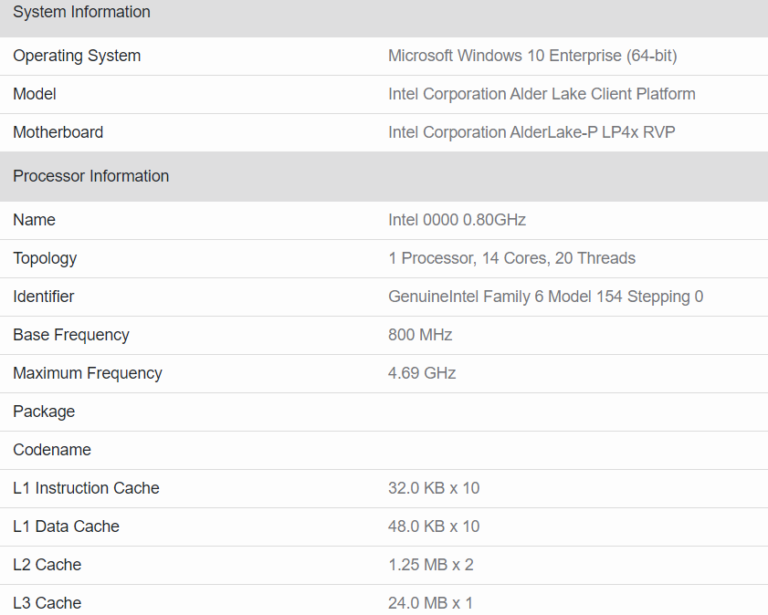 It might be a bit confusing at first to understand what is the actual configuration of this CPU, so below we attached a chart with all Alder Lake-S and P series configurations that has already been leaked.

In order to have 14 cores and 20 threads configuration, the CPU would have to offer 6 big cores and 8 small cores (14 cores in total). Only the big cores support hyperthreading, thus the total number of threads is 6×2 + 8 = 20. Such a configuration is indeed listed in the table below and it would appear that this Alder Lake-P CPU is actually the flagship model of the series.

The test on Geekbench wasn’t focused on CPU power, but rather the integrated Xe Graphics. The CPU offers 96 Execution Units (GT2 graphics) clocked at 1.15 GHz. The iGPU scored 13446 points which is comparable to GeForce GTX 660 Ti desktop. 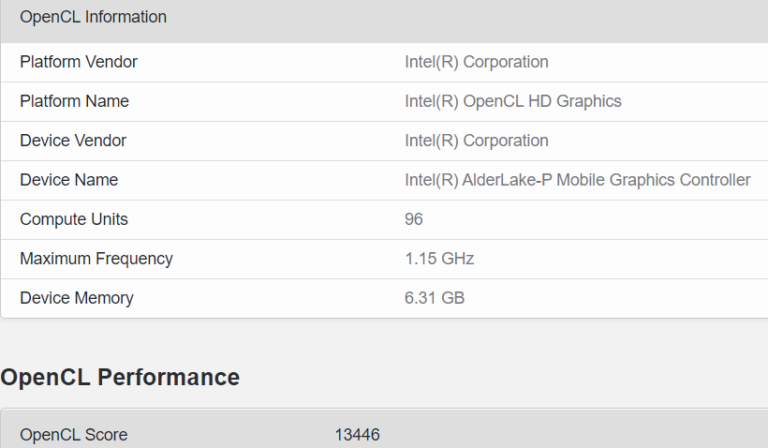