Display13 is a ‘natural’ evolution of Display1, Intel employees have written in a description of the new Linux graphics patches. The term does not directly refer to the graphics processor, but rather to the next-gen display intellectual property. The patches are not coming to Rocket Lake or Alder Lake though either, in fact, those patches are possibly an early groundwork for the Meter Lake series.

Intel Rocket Lake-S and Alder Lake-S will rely on Gen12.1 and Gen12.2 graphics respectively. Meanwhile, the Meteor Lake series will likely be Gen12.722, as long as the previous leaks were accurate. The Meteor Lake (MTS) series are not expected to launch until 2022 at least and there haven’t been that many leaks on the series either. The series is likely to be an evolution of Intel’s Hybrid Technology in Alder Lake. Both series are to use the same socket (LGA1700), same memory technology (DDR5), and support PCI Gen5 interface.

The Display13 patches are not very interesting at this point, after all, they are being added a year or so before anything important software or hardware-wise appears.

Display13 brings a plane configuration identical to Rocket Lake (5 universal planes and one cursor plane), improved under-run recovery, support for plane strides up to 128KB, power management improvements, and up to 255 watermark lines compared to the prior limit of 31. One interesting anecdote from the patches is with Display13 hardware when the system has Intel VT-d support enabled has bandwidth usage of the display higher by 5%. 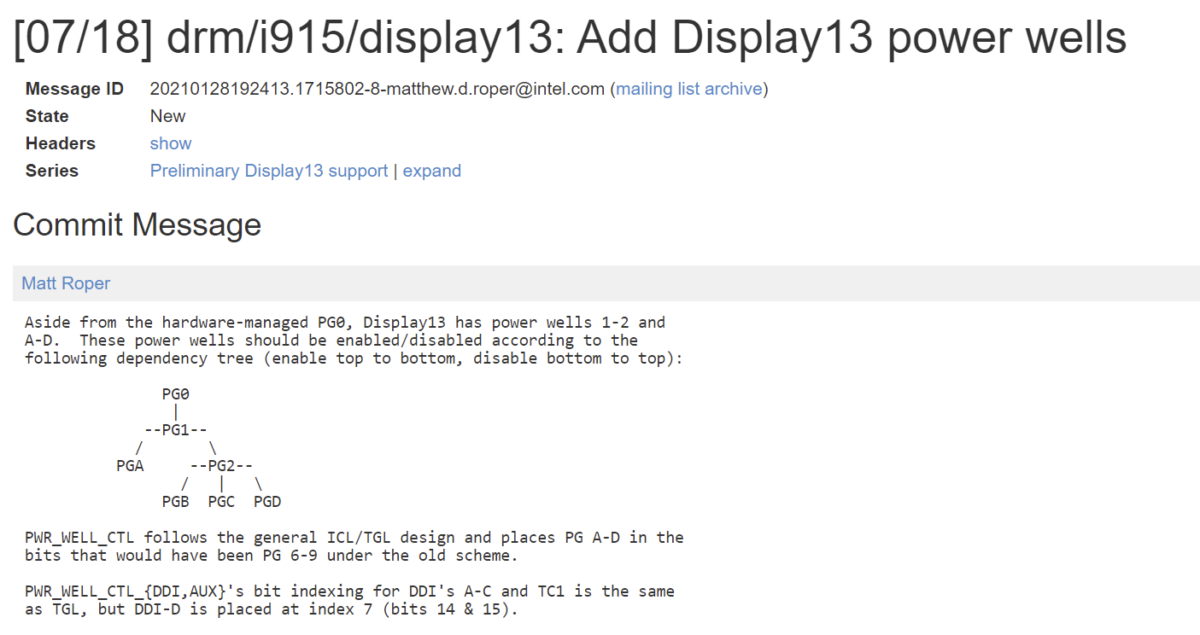 Intel Xe generations have already been leaked. Please note that Display13 does not refer to Gen13.