Intel has been relatively quiet about its next-gen mobile platform, but first steps for new platform enablement have already been taken.

While the desktop S-Series are expected to launch this October, not much is known about the mobile series based on Raptor Lake-P silicon. Previous rumors suggested that H- and P- Raptor Lake series might debut in late 2022, however the past few Intel mobile releases were targeting CES expo which is held in January each year. 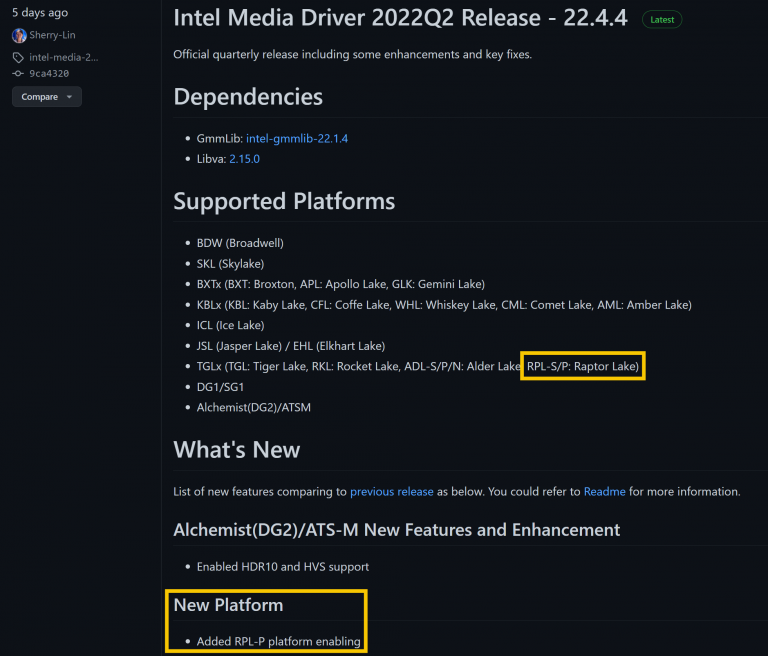 Thus far there was no sign of the Raptor Lake M-silicon, but the P and S series which are now supported and mentioned in multiple software updates. These should share Efficient core configurations (up to 16), while the P series might once again get limited 6 Performance cores.

This slide which has been leaked months ahead of the Intel 12th Gen “Alder Lake mobile” launch perfectly shows all Intel Core series groups. The 12th Gen Core “H55/HX” mobile series were only released a few weeks ago.

Although unmentioned by Media Driver update, there are already rumors about ‘desktop-class’ Raptor Lake-HX 24-core variants as well. This shouldn’t be very surprising though, considering AMD already announced its Raphael/Dragon Range (most likely 16-core) mobile parts as well. Meanwhile, Raptor Lake-P series could be limited to 22 cores (6P+16E), although the most recent leaks featured only 14-core parts.