Over at the Intel website, one could find three unreleased processors from the 13th series briefly listed. As soon as it was discovered by hardware leaker @momomo_us, Intel removed this information, and it is no longer available.

The only thing that requires attention is the listed Performance core boost frequency, which is lower than the leaks have suggested. What Intel is presenting here is P-Core Turbo, not Turbo Boost Max 3.0 or Thermal Velocity Boost, which are up to 400 MHz higher for some models (13900K). 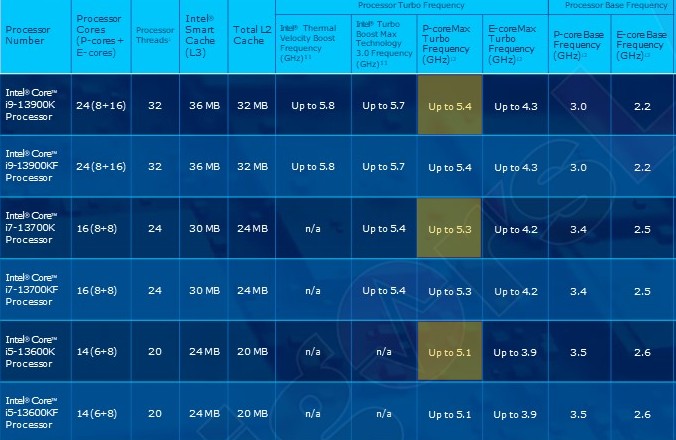 What is important, though, is that the leak from Igor’sLAB is now confirmed by Intel themselves, so no one should expect those specs to change at this point. This may also confirm that only those three models are set to launch in two weeks (at Intel Innovation) along with their KF variants lacking integrated graphics.