It appears that a large US retailer has now confirmed the pricing for the upcoming 12th Gen Core CPUs.

Unfortunately, not all SKUs have been listed by BestBuy, which could either mean that some SKUs have delayed shipment, or that not all of them will be available right after launch (January 5th). Regardless of how many SKUs were listed though, we have now had a good understanding of Intel’s pricing strategy for its mid-range to entry-level Alder Lake-S CPUs. 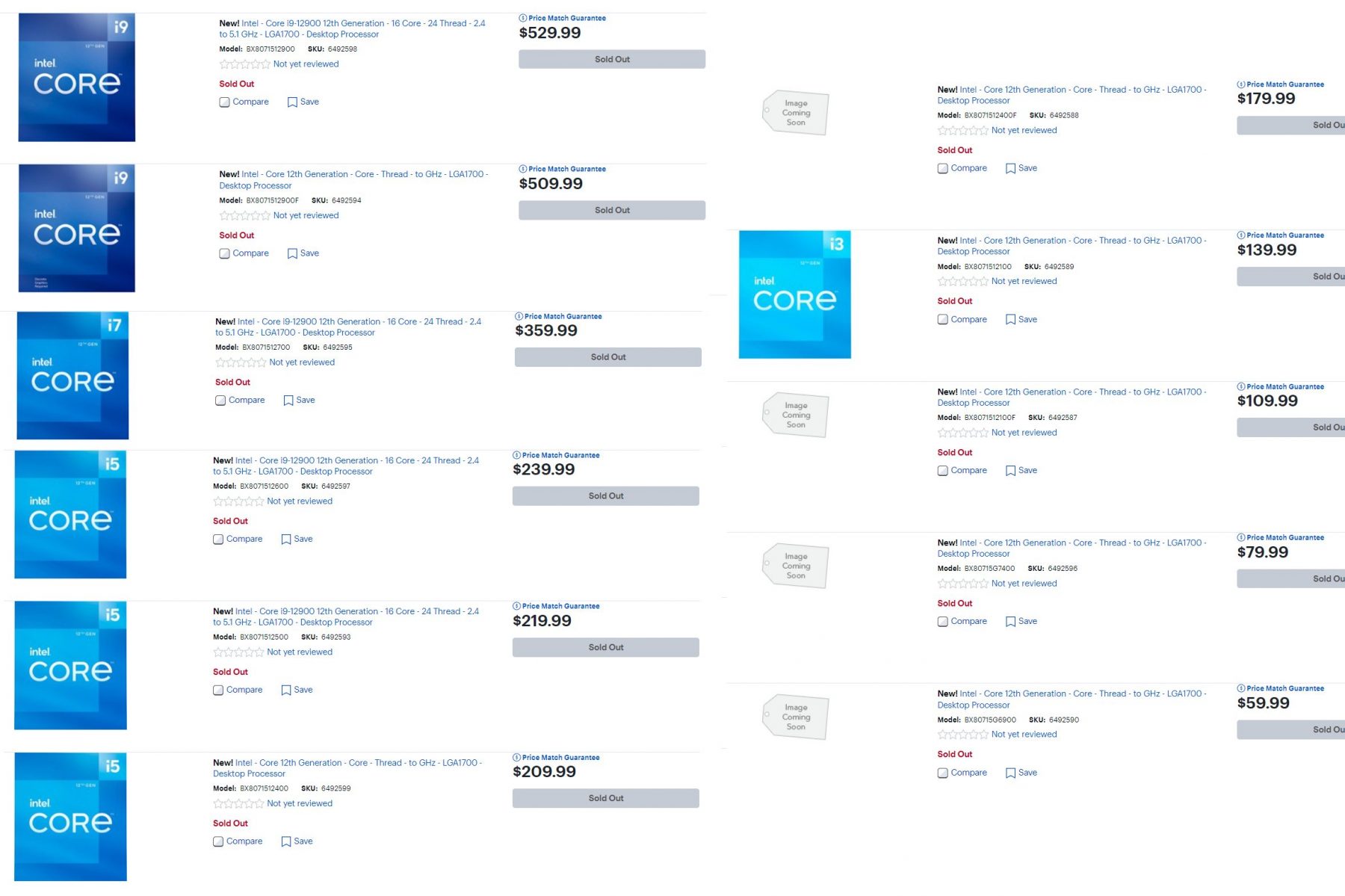 Retailer’s listing features as many as three Core i5 SKUs: 12600, 12500, and 12400, some available without the onboard Xe graphics enabled. The pricing for these SKUs ranges from 180 USD (12400F) all the way up to 140 USD (12600). According to the leaks, all of them have the same configuration which is 6 Performance cores and no Efficient cores, so the pricing basically reflects the clock speeds for each SKU.

What is important to note here, however, is that all of these Boxed CPUs come with new Intel stock coolers.