It is expected that the 10th Gen Core Comet Lake-S successor will arrive later this year. The next-generation processors will be a major upgrade for Intel, as the architecture will shift to Willow Cove core architecture (the same architecture Intel is planning for Tiger Lake). The new CPUs will also feature Intel’s latest Gen12 Xe Graphics.

The rumors are suggesting that the Rocket Lake-S CPUs will be up to 8 cores and 16 threads. This is because the desktop variants are believed to be a backport from mobile Tiger Lake to desktop. We are not sure if there’s any proof to such claims, but for some reason Intel did want to launch a new core design a soon as possible, even if that means another 14nm Core series. Even if that meant using cores designed for mobile platforms, or so the rumors suggest.

The two known leakers (TUM_APISAK and _rogame) have posted the result of the first Rocket Lake-S sample, featuring 6 cores and 12-threads. The CPU has a base clock of 3.5 GHz and a boost clock of around 4.1-4.2 GHz. This is clearly an engineering sample running on the engineering platform (look at the Motherboard field in the leaks). 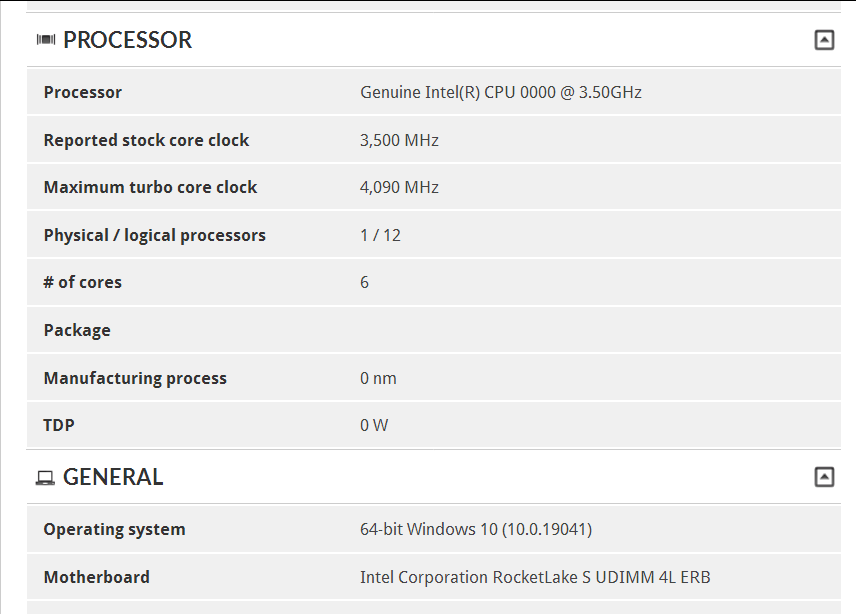 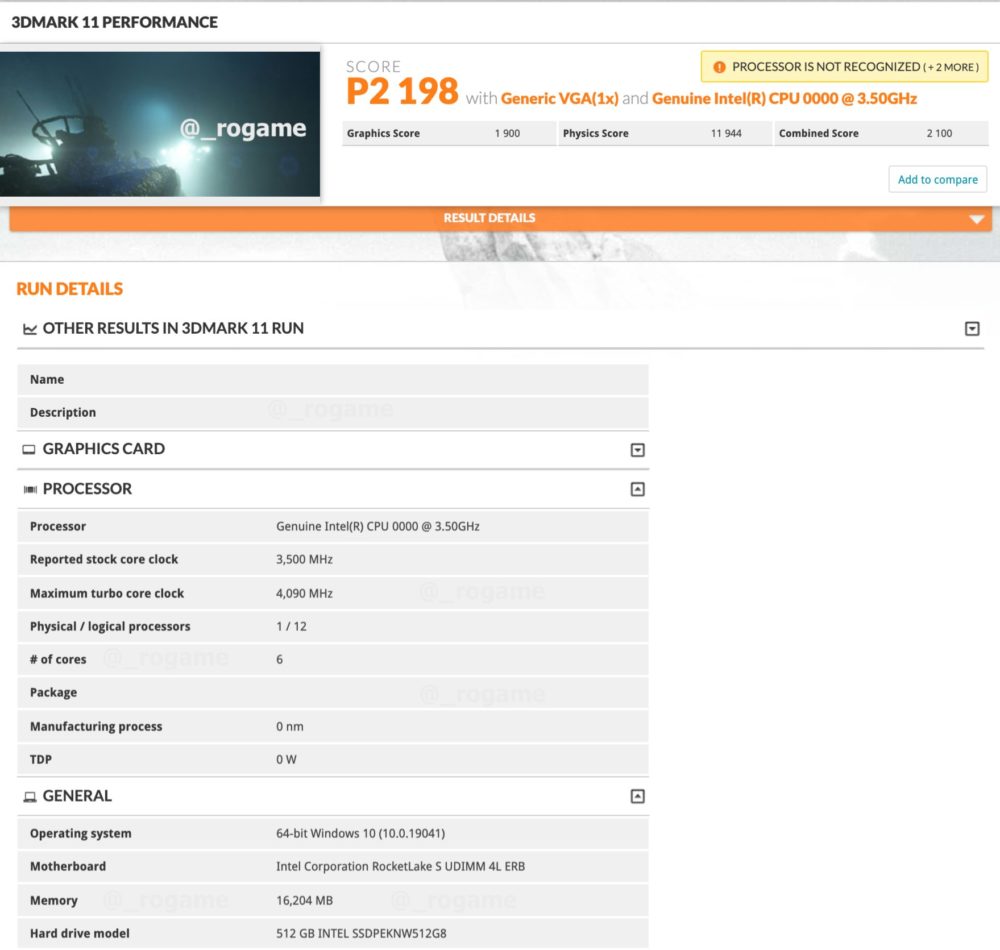