Sapphire Rapids die shot shows 60 cores, but only 56 will be active on top SKU

YuuKi_AnS has been leaking Sapphire Rapids (aka Intel 4th Gen Core Xeon Scalable) details for quite a while now. He was the first to publish photos of the new CPU and even made a deliding video.

After removing the integrated heat spreader and sanding down the CPU, he was able to capture the first photos of the Sapphire Rapids’ die. The CPU features four compute dies in total, each physically carrying 15 cores, but the end product will not feature 60 cores. Such a complex design requires some cores to be disabled to keep good yields and ensure availability, even of the top Sapphire Rapids SKU. According to leaked information, the 4th Gen Xeon will top at 56 cores, which means that at least four core will be nonfunctional on the whole CPU package. 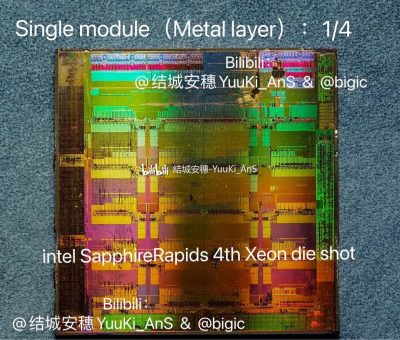 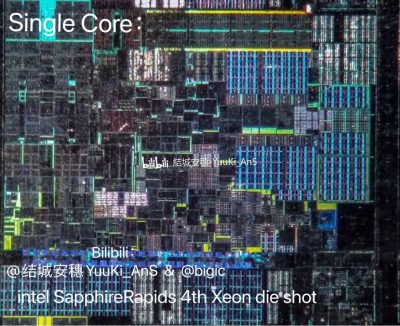 Yuuki revealed the specifications of this particular CPU sample, which carries a QVV5 code (early ES0 sample) with frequency locked to 1.3 GHz. This CPU will also feature up to 64GB of HBM2e memory, which was actually confirmed by Intel just recently through Linux kernel update:

The Sapphire Rapids architecture will be a major change for Intel in the high-performance HPC market. The series will not only feature more cores and onboard HBM2e memory, but also PCIe Gen5 interface and DDR5 memory support. Both are major upgrades over Intel’s latest Ice Lake-SP series. 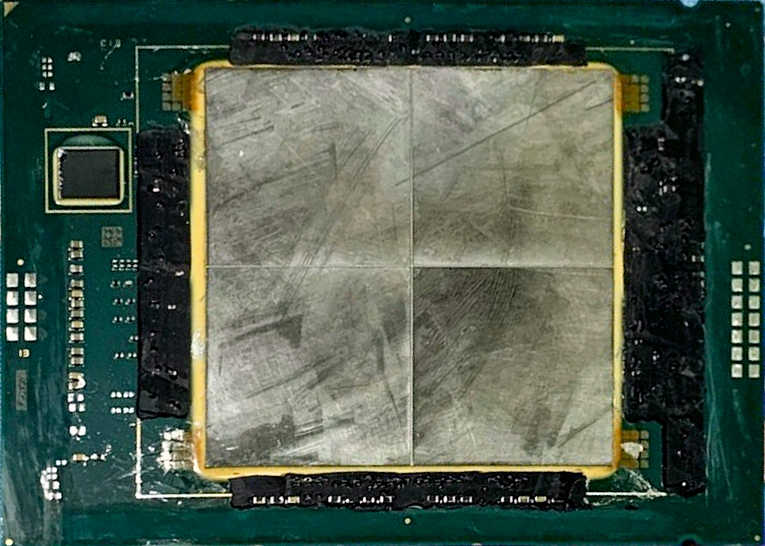 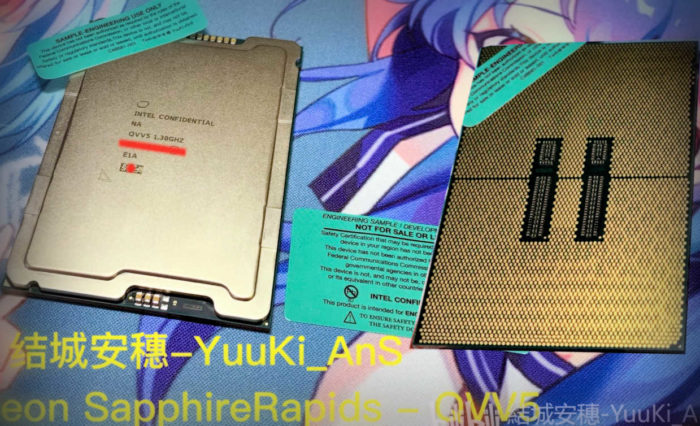 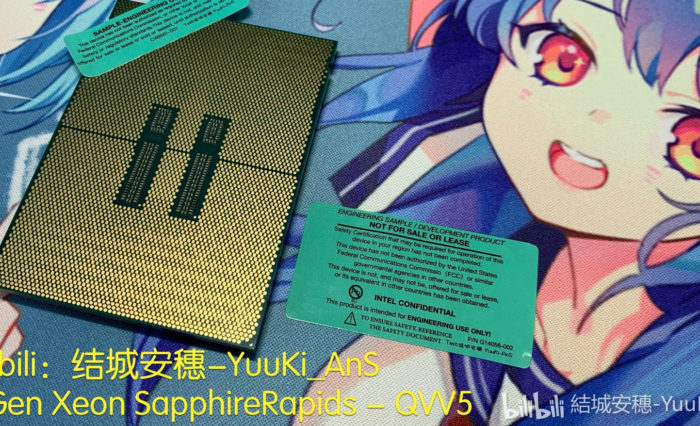