Over at Twitter one can find slides from the upcoming Intel presentation at 2022 IEEE VLSI Symposium as shared by @phobiaphilia. Those slides are focusing on Intel 4 process technology which is to be used by upcoming mobile and desktop chips known as Meteor Lake.

Intel 4, previously referred to as 7nm process technology, is an advanced node succeeding Intel 7 (10nm) currently used by Alder Lake chips. The aim for Intel 4 is to achieve over 20% higher clock rates at the same power consumption, reports ComputerBase.

According to these slides, Intel’s new process for Meteor Lake chips is to achieve twice the High-Performance Library Area Scaling, extensively use extreme ultraviolet technology (EUV) for simplification and be compatible with Intel’s packaging technologies such as EMIB or FOVEROS. The latter will be use by Meteor Lake, which is the Intel’s first consumer architecture to utilize hybrid tiled design. 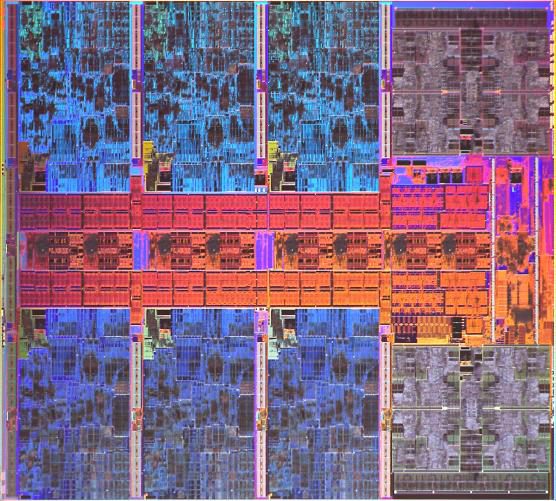 A die shot of the 14th Gen mobile chip known as Meteor Lake-P revealed by Intel shows a new configuration of 6 big (Performance) and 8 small (Efficient) core configuration. This is a more powerful variant compared to the previously revealed 2P+8E configuration.

The package will feature 4 different tiles with: graphics, x86 compute cores, SOC and I/O dies on single interposer. In Intel’s own words, Meteor Lake is the lead product for Intel 4 process technology. This architecture has already booted at Intel labs, and it is currently being validated. 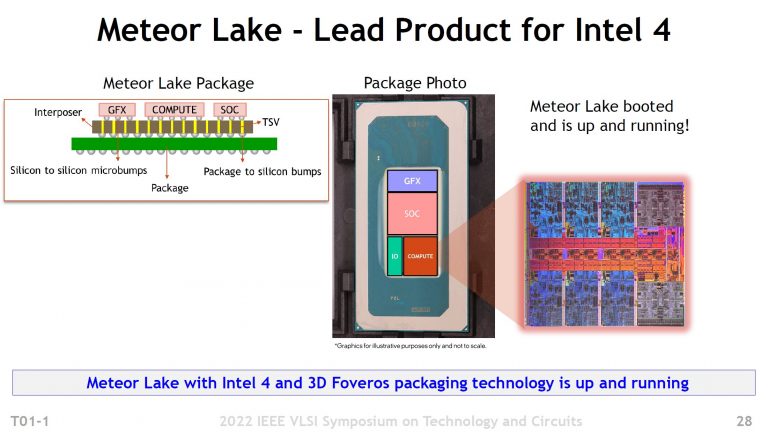 Intel Meteor Lake CPUs are not expected to launch till the second half of 2023. This architecture will also launch for desktops, but it will require a new socket known as LGA-1851. 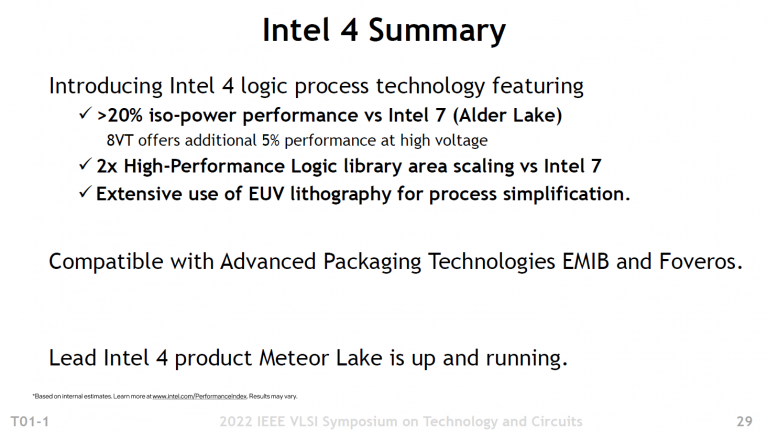 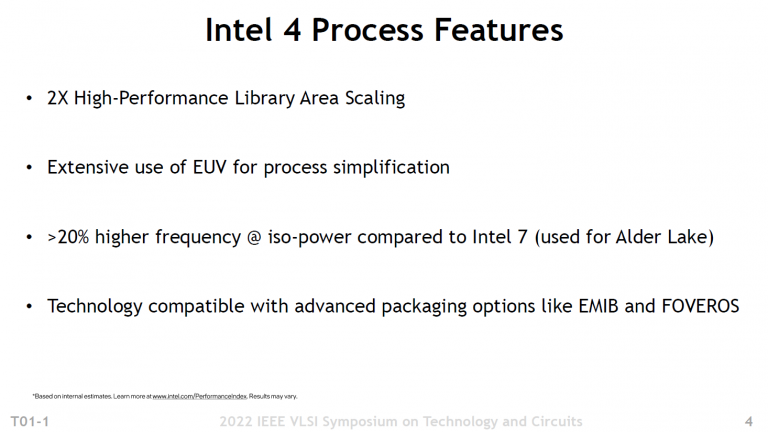 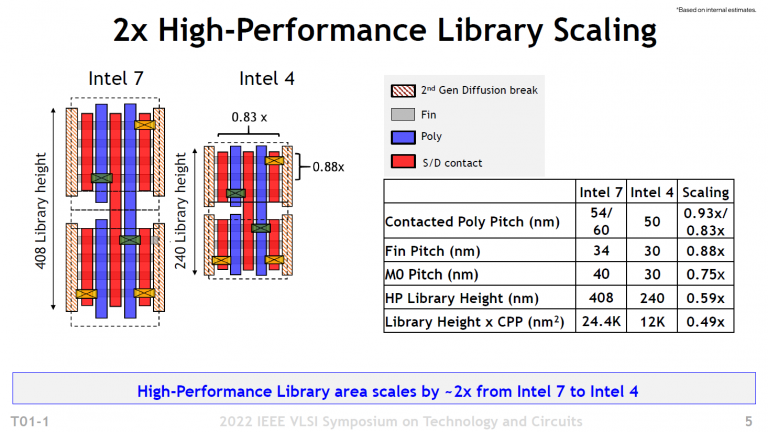