Stephen Shankland from CNET takes a tour inside Intel’s Arizona chipmaking fab and shares the first photos of the next-gen mobile chip.

While Intel is just about to announce its 12th Gen Core Alder Lake-P/M series next year, the first photographs of test silicon two generations ahead have just emerged. The photos were taken during a tour at Intel Fab 42 in Chandler, Arizona. CNET has close-up photos of various chips, such as next-gen Xeon Scalable with HBM codenamed “Sapphire Rapids” or even Ponte Vecchio, the high-performance data-center accelerator. 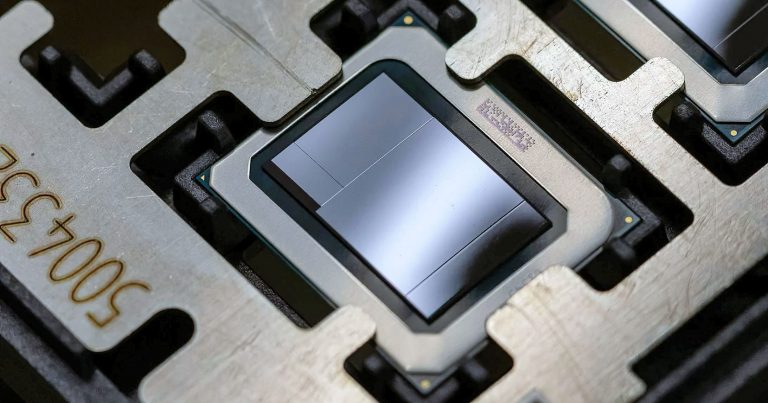 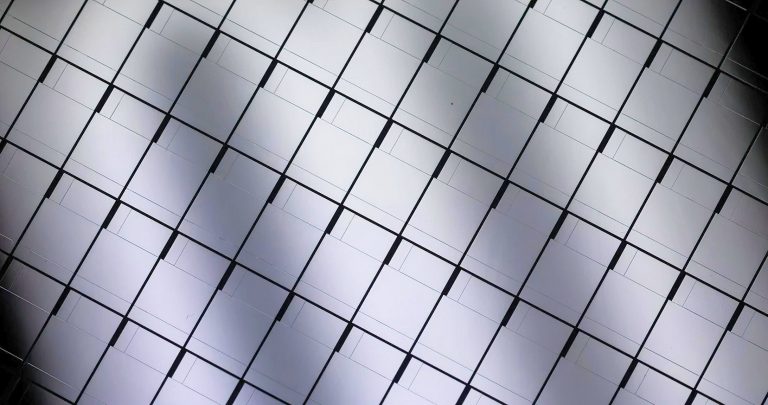 More interestingly, Stephen managed to snag a photo of a 300 mm wafer featuring Intel Meteor Lake-M, the low-power 14th Gen Core processor series. Those are the first photos of the actual silicon now going through a test production trial of Intel Fabs. In fact, all these chips have one thing in common, they are multi-tile designs requiring sophisticated packaging technologies, something that Intel is now embracing and is likely to use this technology in foreseeable future.

Judging by the size of the test chips, those might be the Meteor Lake-M series which are to operate within 5W to 15W power envelope. What is not clear is the purpose of each tile on the package. Intel confirmed is that the Meteor Lake is built using Foveros packaging technology and will feature as many as three tiles: Computer Die (possibly the largest tile on the chip above), SoC-LP for I/O operations, and a graphics die, featuring anything in between 96 to 192 Execution Units. The test chip clearly has four tiles, but the purpose of the fourth is currently unknown. 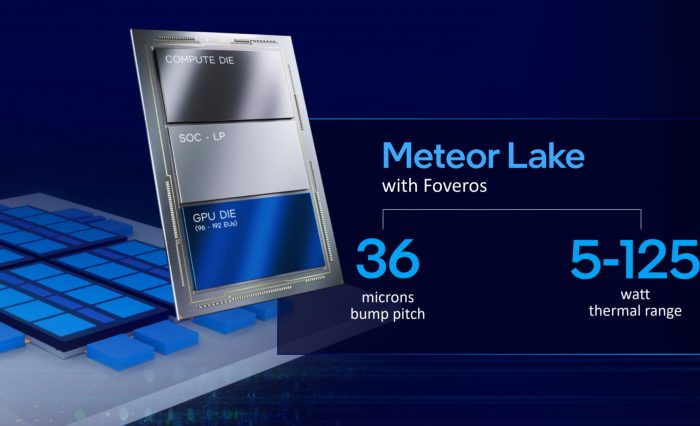 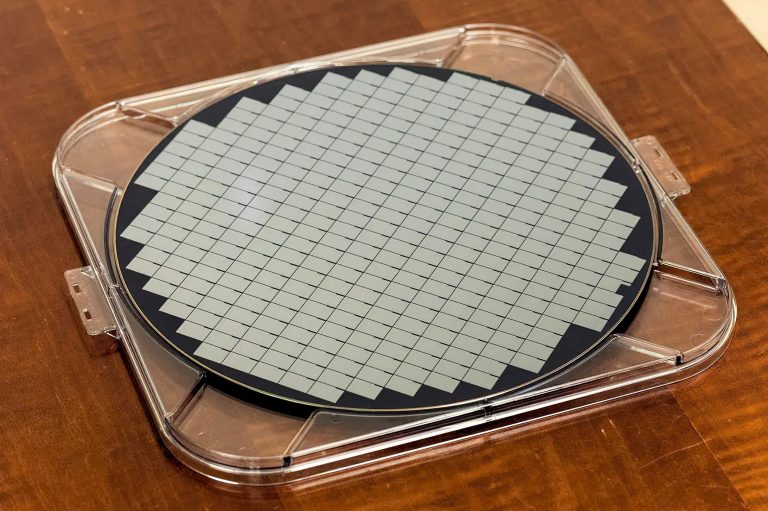 Intel Meteor Lake desktop and mobile CPU series should not be expected till the second quarter of 2023.