An exclusive piece has just been shared by Igor Wallossek on Intel’s upcoming 12th Gen and 13th Gen series of desktop CPU series.

Igor goes into detail on the recent FCPOWERUP leak showing peak current values for Alder Lake-S processors. He contacted his own sources to verify the information and in this process, he actually received more information on each of the Alder Lake performance segments.

Furthermore and probably even more importantly, he also has information on Raptor Lake-S. This codename is associated with Alder Lake’s successor that is now expected to debut in the second half of 2022. As we have learned from previous leaks, the 13th Gen Core series is to offer better caches, support for LPDDR5X memory, and more high-efficiency cores (8C+16c).

With this in mind, we can take a look at three performance segments for both Alder Lake and Raptor Lake. The power requirements are divided into 125W, 65W and 35W segments, which would also confirm that flagship Raptor Lake SKUs are to retain the same TDP as Alder Lake.

Igor says that the definition for PL4 (Power Limit 4) has changed and this power stage has moved from Proactive to Reactive operation. The reactive operation should be more optimal than proactive, allowing the SoC to reach higher frequencies. However, the effect of reaching PL4 is the same, it is the ultimate power limit never to be exceeded by the processor, but once reached, it should engage power supply over current protection. This peak power limit can last for 10 ms and it is the only way to control absolute peak power achievable by the processor, Igor notes.

An easy-to-read comparison power data for both CPU series has been compiled by Igor. At the first glance, we learn that Iccmax current has increased for Raptor Lake, however, most users will be interested in PL1/PL2 and PL4 limits. While PL1 is the default power limit that aligns with SKU TDP, it’s the second power limit that might tell us more about next-gen CPU power and performance. Here we see higher PL2 values from 241 to 253W, but only for the Performance segment with Baseline unchanged at 188W. Interestingly, the peak power described by PL4 is lowered from 359W to 314W for the 13th Gen SKU. 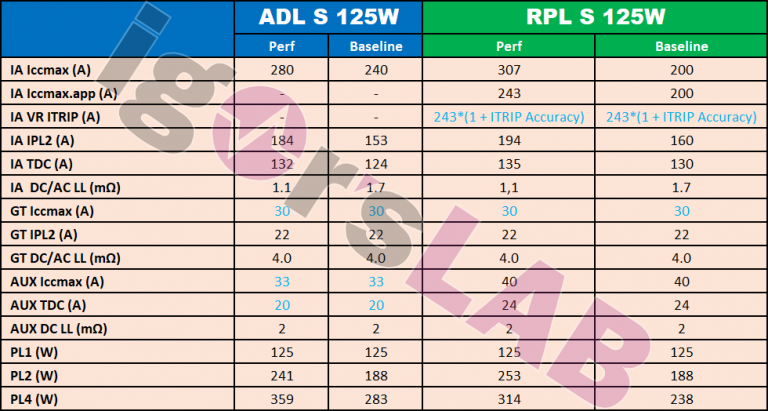 The 65W power segments are also to see higher PL2 values from 202 to 219W for the Performance power segment and with a baseline at 133W (going up from 126W). PL4 values have been lowered for 65W Raptor Lake SKUs as well to 277/179W respectively.

SKUs with a default TDP of 35W should offer PL2 Performance at 106W with a peak current at 152W for Raptor Lake, a 25W higher than Alder Lake. 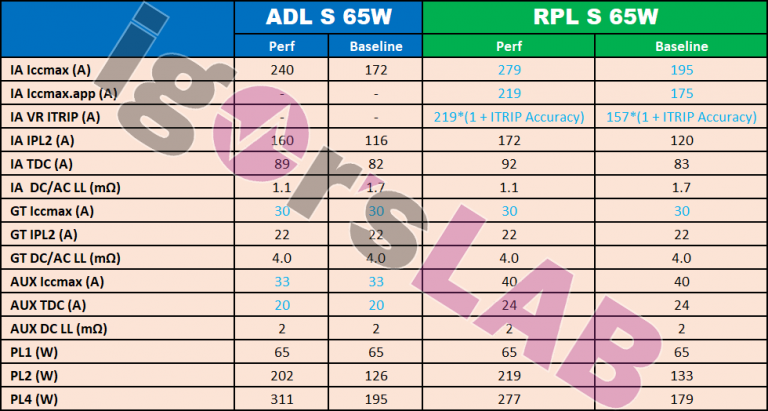 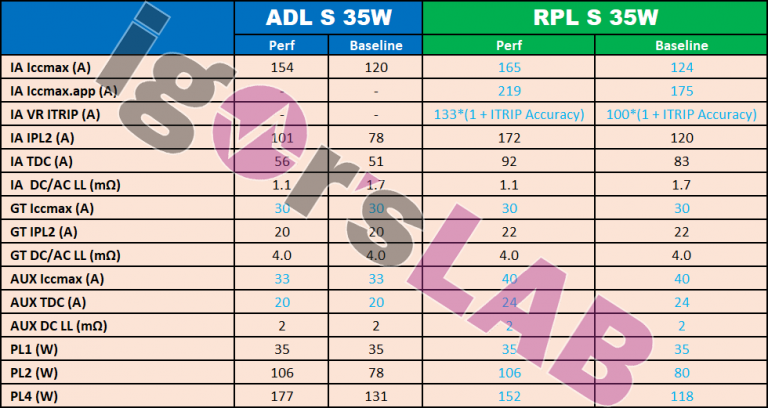 Igor also shared details for some of the Alder Lake-S CPU configurations, including 8C+8C and 6C+0c: 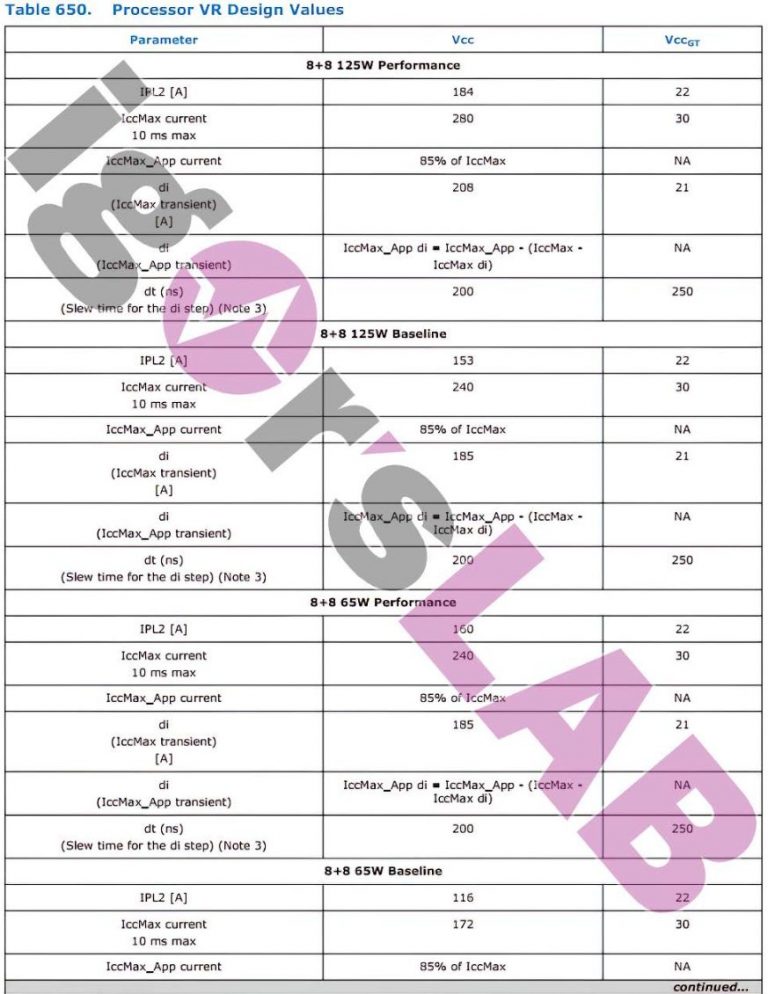 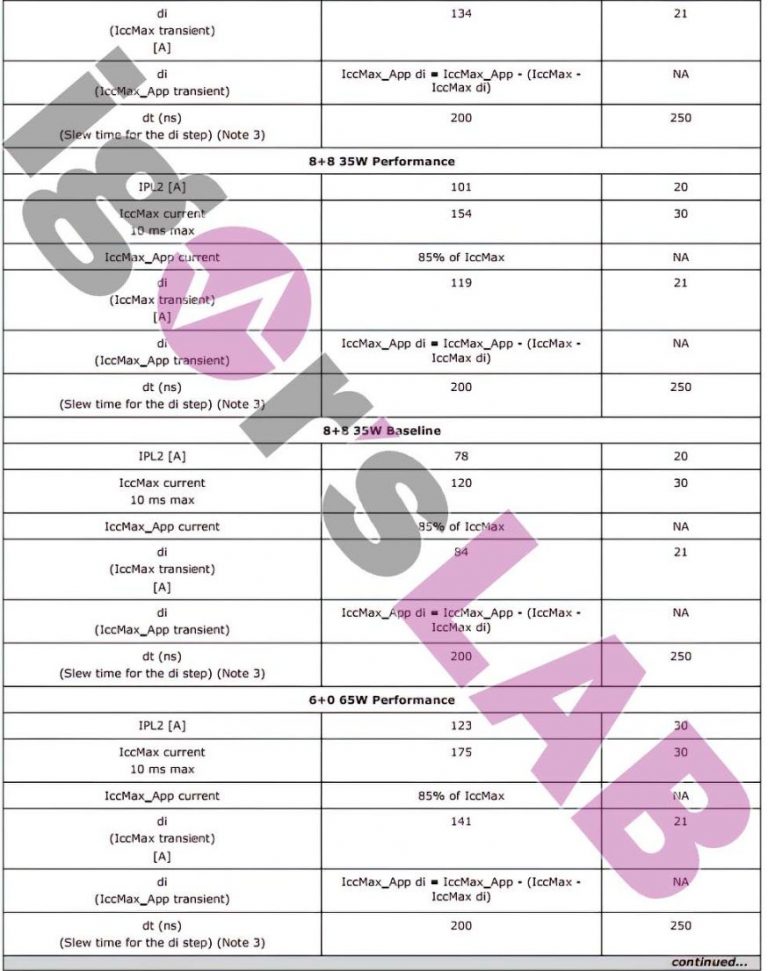 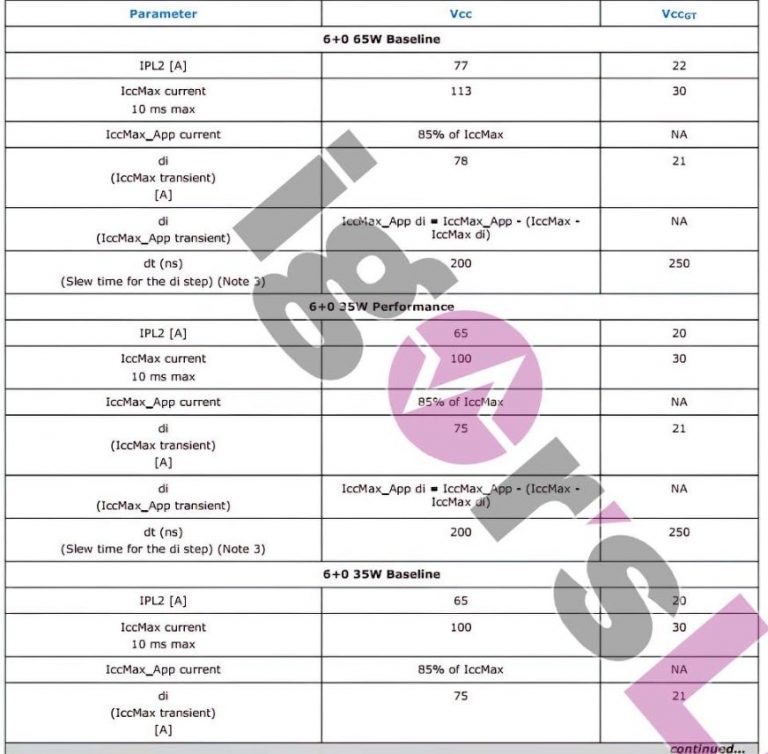