In Shenzen, China a presentation and workshop were held today by Intel. While the meeting was focusing on NAS products and associated roadmaps, one of the slides revealed the details on Intel’s next gen desktop platform known as Raptor Lake-S.

According to this slide, Raptor Lake-S will support DDR5-5600 memory officially, this is an increased memory speed over Alder Lake supporting JEDEC’s 4800 MT/s speed by default. Furthermore, this slide also confirms that Raptor Lake-S will be compatible with DDR4-3200 memory, which was indeed expected since 600-series motherboards are also compatible with new desktop series.

Furthermore, the new platform gets support for more PCIe Gen 4.0 lanes through the chipset, however there is no mention of additional Gen 5.0 lanes. The platform would still be limited to 16 available exclusively through from the CPU. This means that Raptor Lake-S PCIe Gen5 lanes will be split between storage and GPU at the same time. 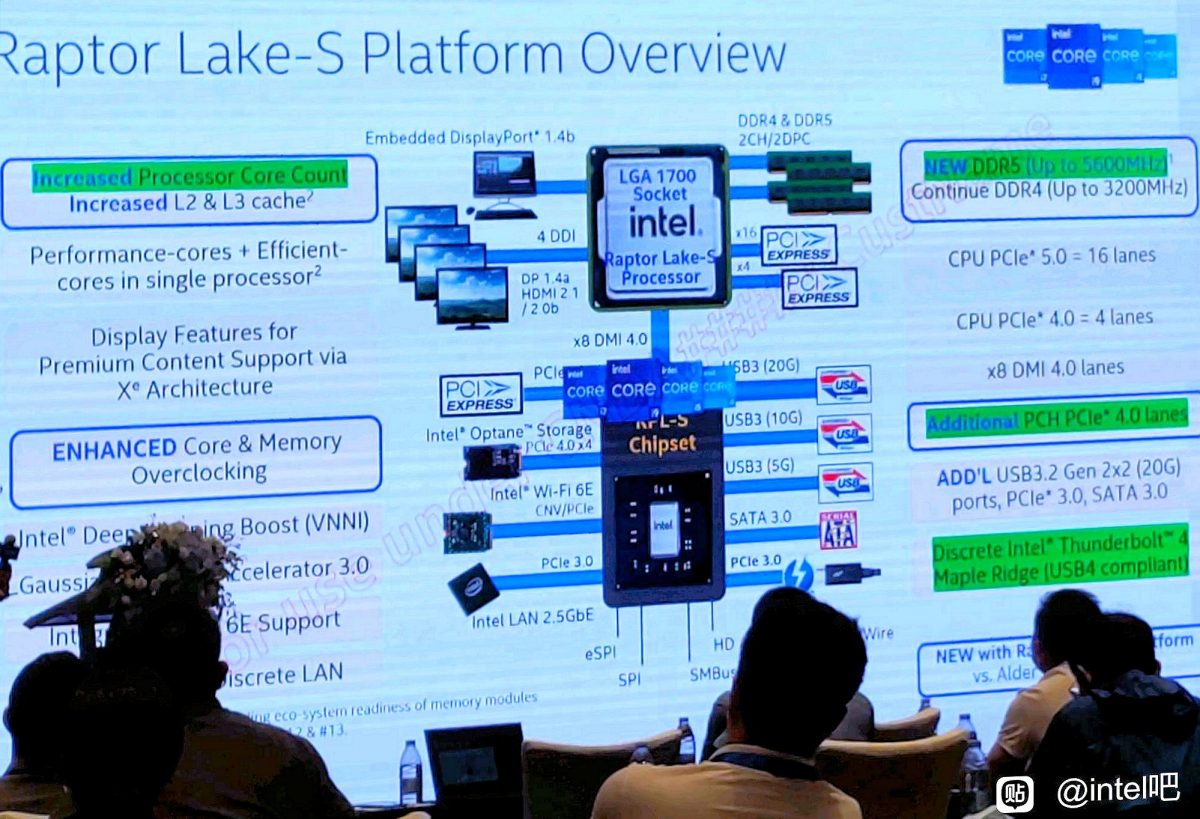 Intel Raptor Lake is now expected to debut around October this year. This architecture is based on the same Intel 7 process technology as Alder Lake. Furthermore, it will support the same LGA1700 socket. The new series officially support higher core count up to 24, after Intel doubled the count of Gracemont (Efficient) cores.