Intel made a surprising showcase at Investor Meeting 2022 with a public demo of the 13th Gen Core CPU codenamed “Raptor Lake”. It was not only the first demonstration of the new CPU series but also the first time Intel confirmed it will offer twice as many Efficient cores as Alder Lake.

Intel has not said much about the new series performance though. The company did, however, mention ‘up to’ double-digit performance, which can mean anything from 1% to 10%. According to Moore’s Law is Dead, this number is somewhere between 8 to 15% for single-threaded tests and 30 to 40% for multithreaded, but those are too, rather broad ranges to even consider them final.

More importantly, though, MLID has an update on the possible Raptor Lake release date. First 13th Gen desktop parts are supposed to launch by the end of the third quarter this year, which means the end of September at most. Interestingly, the mobile H/HX/U series should launch already in the fourth quarter. The mobile launch date rumors are a bit more interesting considering that the most recent laptop launches were usually attached to new graphics architectures. That said, Raptor Lake Mobile arriving in the fourth quarter would indicate that we are also getting new NVIDIA or Intel GPUs. 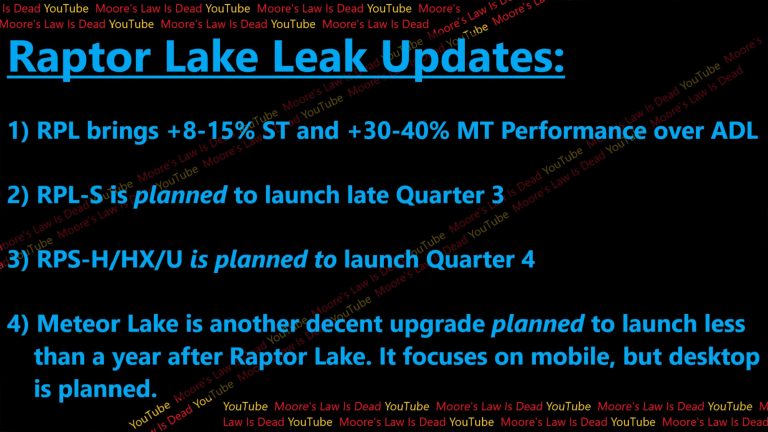 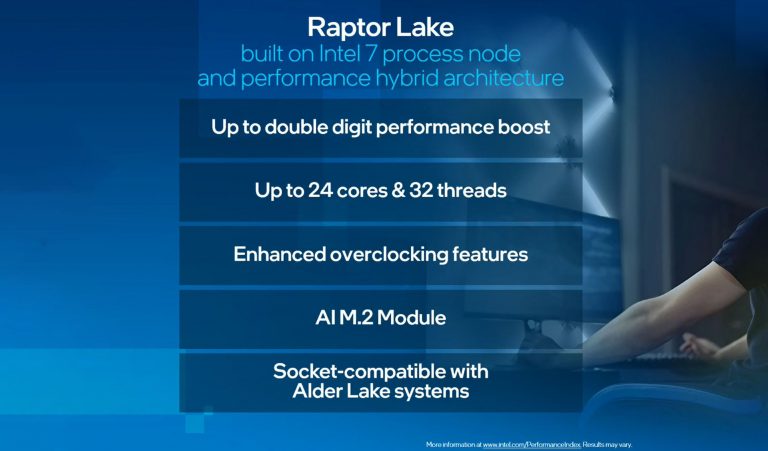