Intel “Raptor Lake-P” is a codename for next-gen laptop silicon for 13th Gen Core series. According to a new leak, one of such processors has been tested with Userbenchmark software 6 days ago. The test platform is clearly based on Intel reference system as noted by the build info “Raptor Lake-Px LP5 ERB”. This also indicates we are looking at LPDDR5 based system. 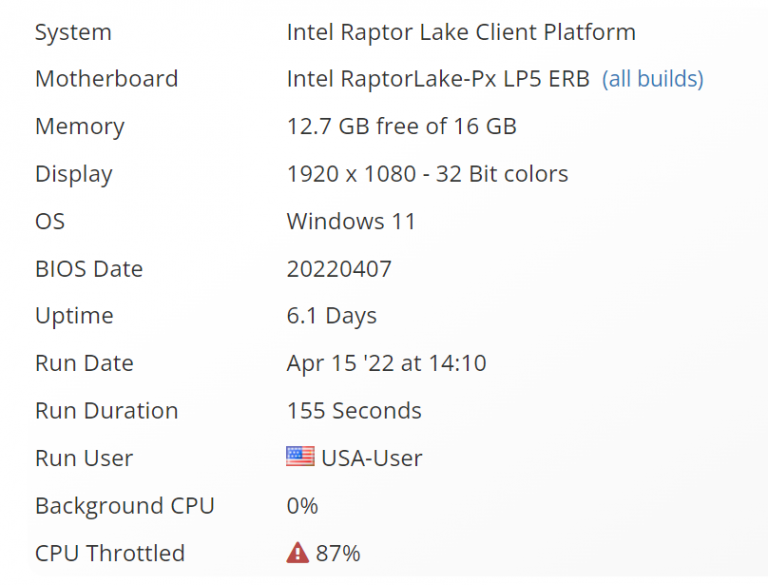 The data collected by software confirms it’s a 14 core and 20 thread SKU with base clock of 2.5 GHz and turbo clock of 4.2 GHz. One should mention that such turbo speed is already on par with Alder Lake-P flagship: Core i9-12900HK. This is due to the fact that Userbenchmark reports on average clock speed rather than peak. One can easily find, 12900HK entries with similar clocks. The base speed, however, is 400 MHz lower.

At this moment, it is unclear if Intel has plans to increase core count for its mobile series, but the desktop platform is indeed getting an increased (doubled) core count of Efficient cores.

More importantly, according to the data collected by Userbenchmark, this processor is already faster than its (supposed) predecessor, the flagship Alder Lake-P CPU. The performance advantage is not significant though, but given how early this leak is, there is a good chance this was just Baby Raptor’s first roar. 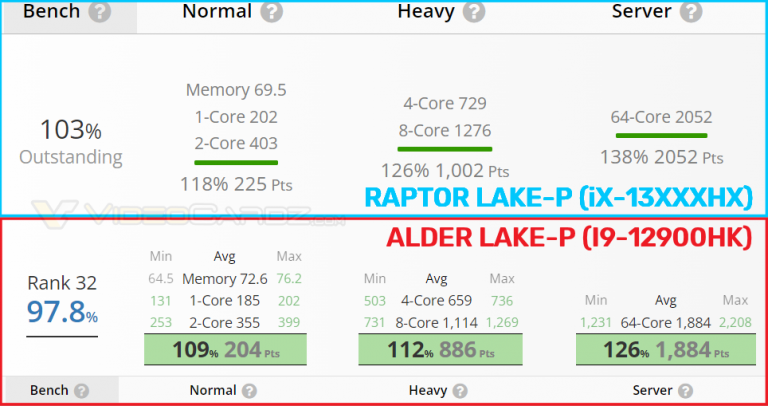 Intel 13h Gen Core series for laptops is currently not expected to debut until CES 2023 early next year. Intel has been keeping a one-year cadence for its laptop series for a while now, and probably wants to align with GeForce RTX 40 Ada mobile GPU launch.