The cat (or should one say Raptor) is out of the bag.

This is not official pricing for 13th Gen Core (yet), but there is a chance that this is very accurate. Here’s a reminder that we are just hours away from Intel Innovation event, where the company is expected to announce its new desktop series. It is very likely that Intel will today allow retailers to take preorders, which is how the entire K and KF lineup is now listed as ‘recently launched’ on one of the biggest PC hardware sites in the US. 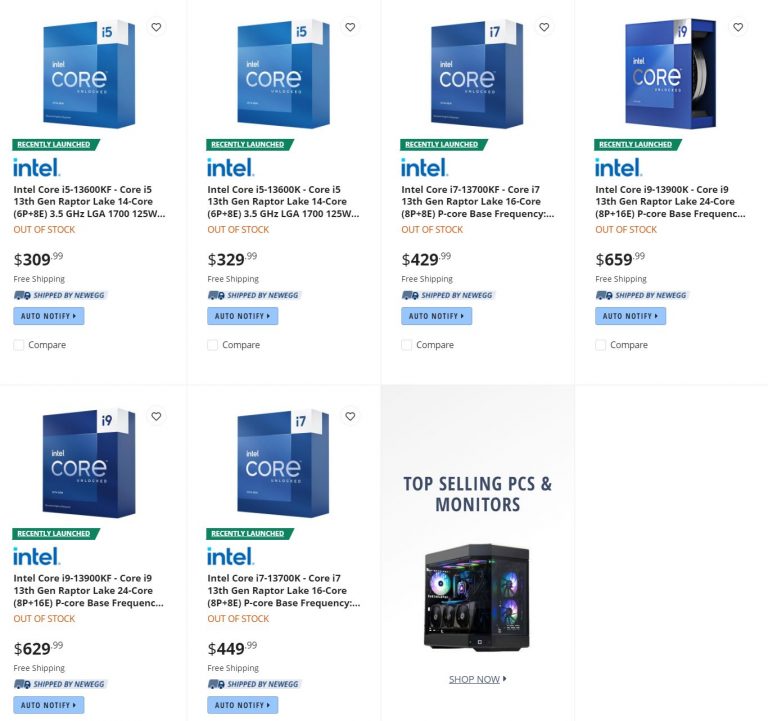 The 13th Gen Core series are based on new die featuring up to 8 Performance (Raptor Cove) and 16 Efficient (Gracemont) cores. Only the Core i9 series are said to feature 16 small cores and support Thermal Velocity Boost up to 5.8 GHz. However, each SKU in this generation offers a maximum single-core boost above 5.0 GHz.

Update: Intel has now confirmed official pricing for Raptor Lake-S. They are indeed lower than Newegg’s. Keep in mind though that this MSRP reflects bulk orders (on trays), not boxed edition: