The final versions of the upcoming ‘locked’ non-K CPUs have been pictured (almost) in their entirety.

Over at Zhihu, DDAA117 has the first photos of the non-K Alder Lake-S CPUs. This is actually the same leaker that revealed retail models of Core i9-12900K and i5-12600K SKUs ahead of launch.

Along with the photos, some new details on the series clock speeds have been confirmed. Some details were provided by leaker @momomo_us and some were confirmed by DDAA117 himself who provided CPU-Z screenshots of the samples pictured above. 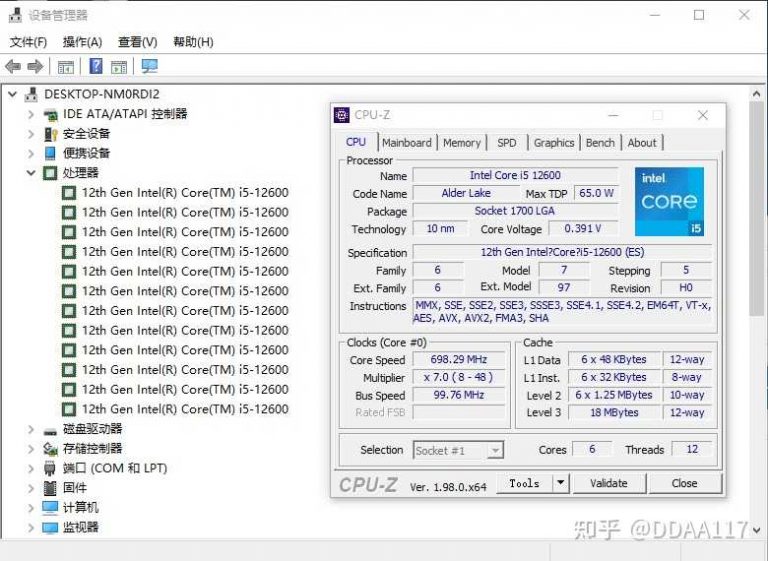 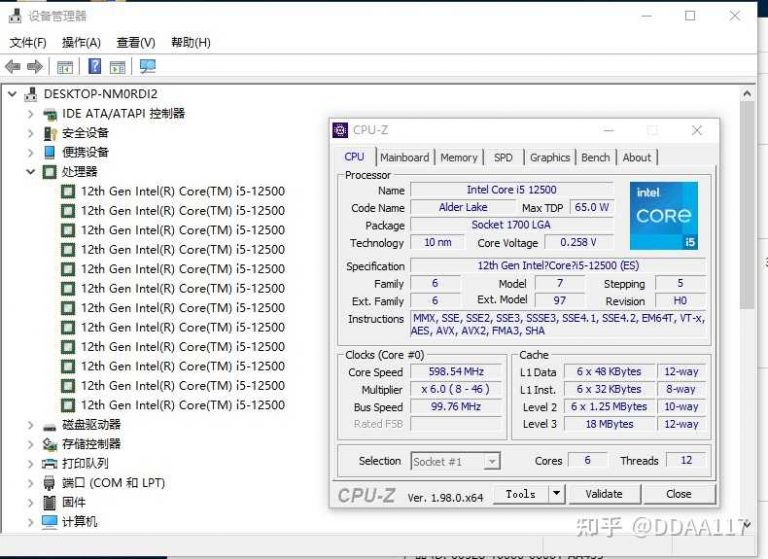 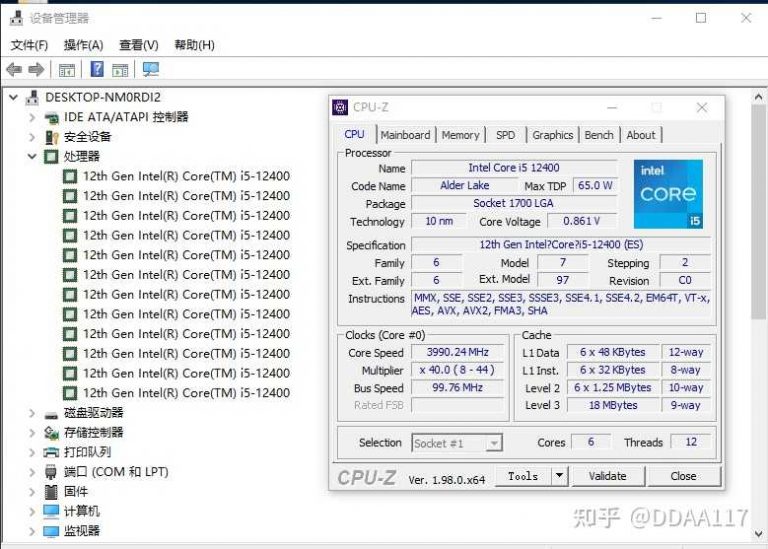 Intel’s Core i5 lineup will include as many as three parts: i5-12600 (base clock 3.3 GHz, boost 4.8 GHz), i5-12500 (base clock 3.0 GHz, boost 4.6 GHz), and i5-12400 (base clock 2.5 GHz, boost 4.4 GHz). According to the leaks, each of those CPUs will have Efficient cores disabled entirely, in fact, this type of core is not even present on the silicon. As revealed by MSI, Intel developed two types of Alder Lake desktop silicon, either with 8+8 cores or 6+0. The Core i5 non-K lineup will exclusively be using the latter variant. What is interesting here, however, is that a higher-spec’ed variant called Core i5-12600K is not actually using the same silicon (which is normally the case), but a 6P+4E configuration instead. In other words, Core i5-12600K and Core i5-12600 will not only have different TDPs and clocks, but also a different number of cores.

Finally, the Core i3 series has only partially been confirmed. Mainly the Core i3-12300 remains a mystery for now. The configuration of cores has not yet been confirmed, but it is expected to be a quad-core CPU without any hybrid functionality. The same applies to Core i3-12100, the slowest Alder lake-S part carrying the ‘Core’ branding. What is confirmed at this moment is that 12300 might boost up to 4.4 GHz and 12100 up to 4.3 GHz.

Some of the mentioned non-K Alder Lake CPUs have already been listed by retailers. We have already seen a leak from Canadian retailer, but now we have a listing from a Bangladeshi store called Nexus that claims to have those CPUs in stock. This would be the first confirmation that the non-K series have already shipped to retailers. 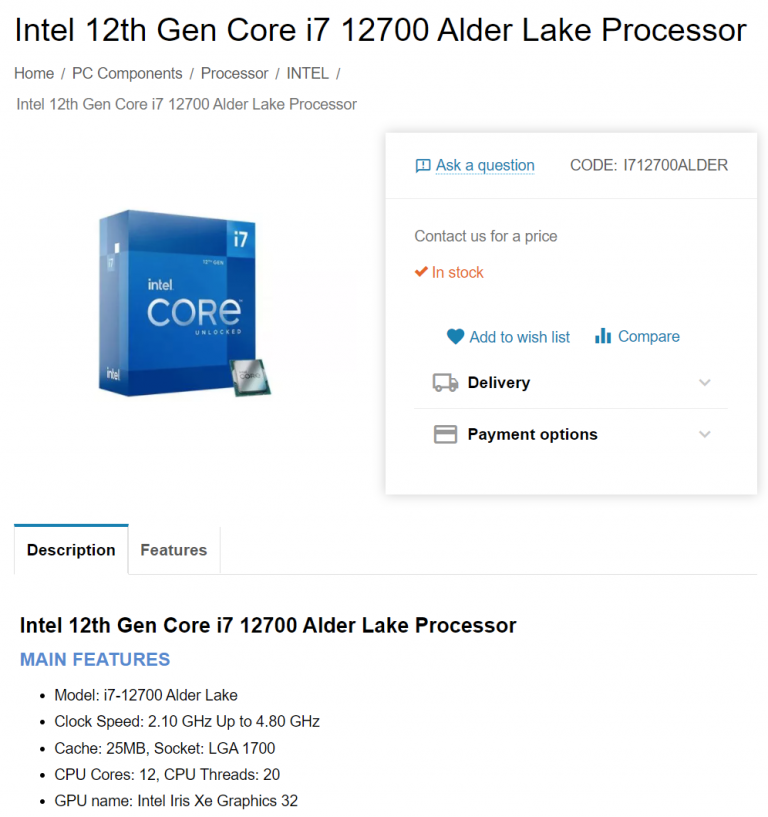 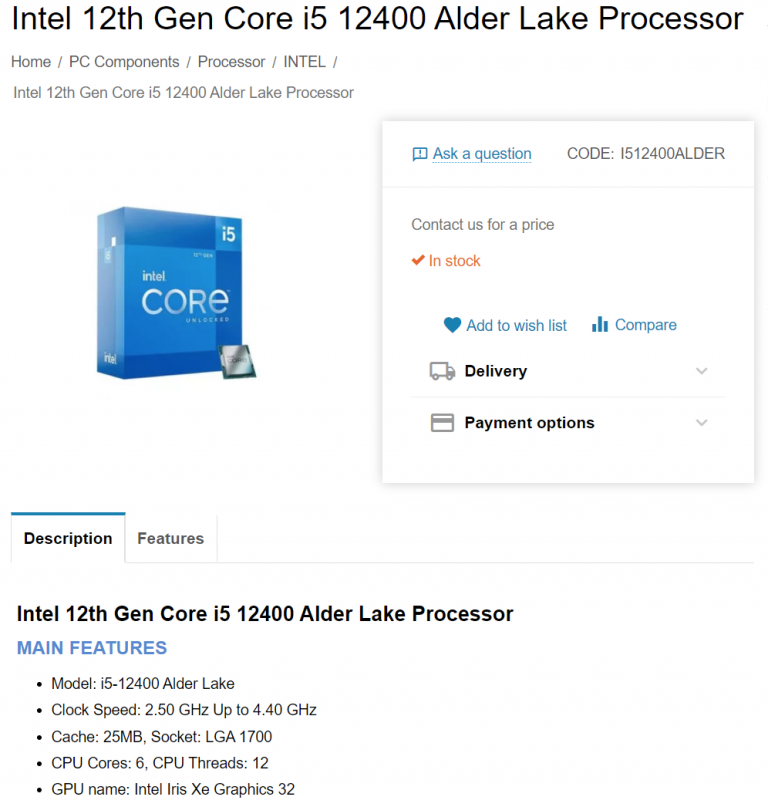 Intel is now expected to launch its non-K series along with B660 and H610 motherboards in mid-January. We should hear more about this lineup around CES 2022 where Intel will be making a number of announcements, including the next-gen Alder Lake-P mobile series and hopefully its Arc Alchemist GPU series.