It is still a few weeks till the Intel Innovation event, where we might hear about Alder Lake CPUs.

Despite no official introduction, retailers are beginning to list the new CPU series ahead of Intel’s announcement of pricing. We have already seen leaks with pricing from the Netherlands, but we have first price leaks from the US, which may better reflect Intel MSRP, which hasn’t been confirmed yet.

The retailer Provantage is now listing two variants of Alder Lake CPUs, either on a tray or boxed (possibly with the new reference coolers). There does not appear to be a big difference in pricing between them though, with some tray CPUs being more expensive than boxed editions (which normally shouldn’t be the case). But both versions appear to be more or less at the same price.

It would appear that the flagship processor Core i9-12900K with 8 Performance and 8 Efficient Cores would retail at 605 USD, while its KF sub variant which lacks integrated graphics would cost 578 USD. The Core i7 SKUs: 12700K and 12700KF would be available at 421 and 394 USD respectively (an average price of box/tray editions). Finally, the Core i5 series would be available at 287/262 USD for the K and KF models of the Core i5-12600 model.

There clearly appears to be some confusion regarding the specifications of these hybrid CPUs, as the retailer lists incorrect core count in the product title and description, but with correct thread count. 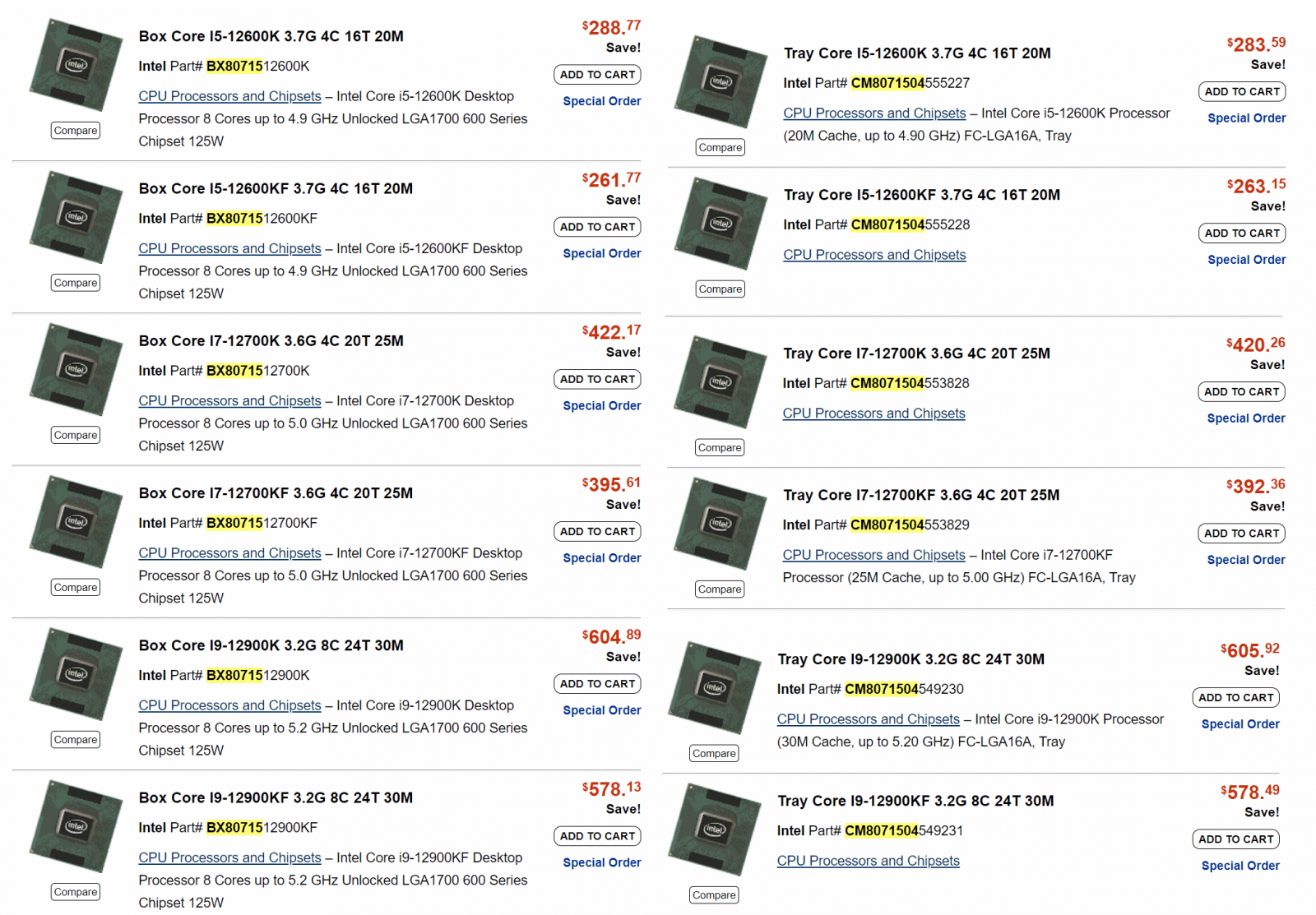 This pricing is actually a bit lower than previous leaks, which put a 100 USD higher price tag on the flagship Core i9 series. Assuming that Provantage’s pricing is better reflecting MSRP, then we would see a 5 to 12% increase over the 11th Gen Rocket Lake-S series.