Full specifications of Intel Tiger Lake-H have been leaked

HD-Tecnologia has shared a launch presentation for the upcoming 11th Gen Core H-series.

No more secrets, the full specs of the Tiger Lake-H series have now been revealed. Although Intel already introduced its Tiger Lake CPUs months ago, those were still limited to 35 watts and four cores. At CES 2021 when Intel introduces its Tiger Lake-H35 series, the manufacturer wasn’t quite ready to talk about its high-end gaming series with 8 cores.

The good news is that the wait is over and on May 11th Intel will officially launch the rest of its 11th Gen Core series. The slides that have been leaked confirm the exact embargo date which lifts on May 11th, 2021 at 4 AM Pacific Time. At that time, notebook makers will be given a green light to showcase their new designs featuring 8-core Tiger Lake CPUs. 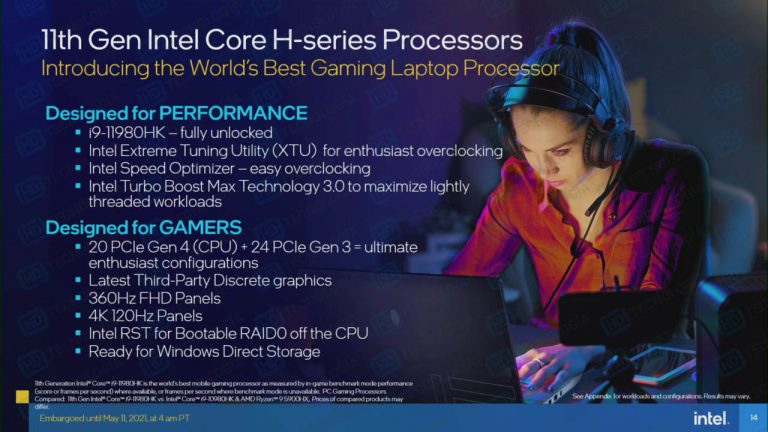 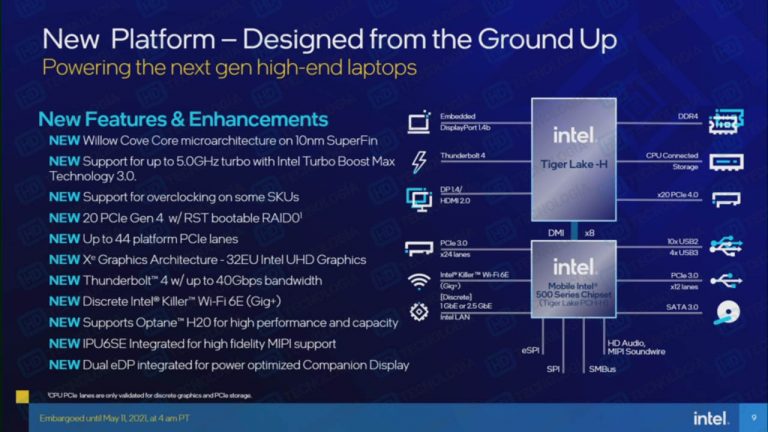 Intel Tiger Lake-H will feature 10nm SuperFIn architecture and Willow Cove compute cores. These core upgrades are not the only major changes coming to next-gen Intel laptops. Intel will also support PCI Express Gen4, a feature that even AMD Cezanne-H does not have. With up to 20 PCIe Gen4 and up to 44 PCIe platform lanes, those laptops will have plenty of I/O capability for high-end discrete GPUs and fast NVMe storage. Intel Tiger Lake-H will be paired with ‘third party’ GPU options which are unnamed. Those could either be GeForce RTX 30 series or AMD Radeon RX 6000M, the latter being a surprise. However, there is nothing in the slides that would confirm AMD GPU support. What is also worth noting is that there is no confirmation on Intel Xe-HPG mobile GPU series support either, which is unfortunate.

Intel is introducing its new flagship SKU called Core i9-11980HK, which is an unlocked processor for ultra-premium designs. This SKU will boost with two cores up to 5.0 GHz, which is the only SKU in the new lineup to be able to do so. Laptops with HK unlocked series are never cheap and are unlikely to be available in a slim form factor. Officially there are three 8-core and 16-thread parts coming (i9-11980HK, i9-11900H, i7-11800H), however, that is likely not the full list as we have already heard about Core i9-11950H. 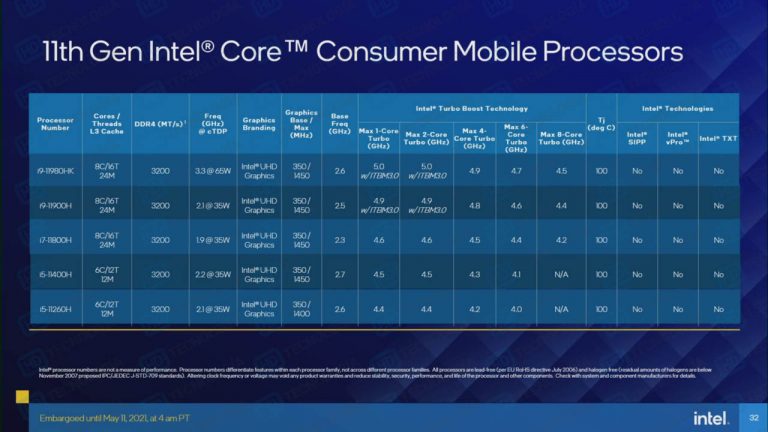 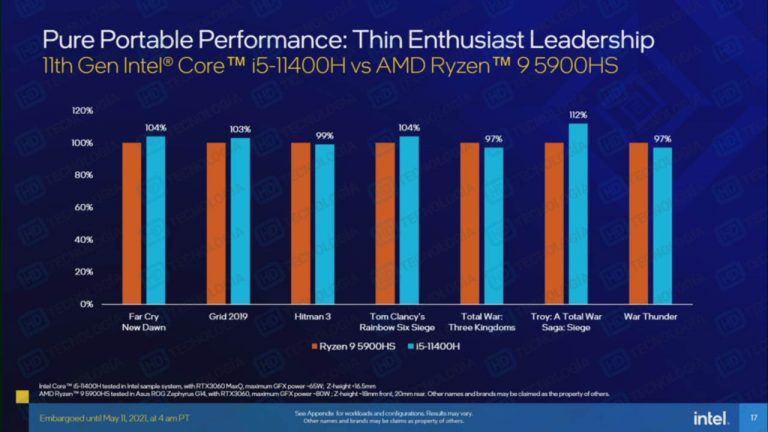 Intel Tiger Lake-H will occupy three new notebook segments: essential, thin enthusiast, and halo enthusiast. Systems equipped with Tiger Lake-H are to support up to high/max settings with either 1080p 240Hz panels or 4K at 120 Hz. The slide does not mention 2K displays, which is a shame considering there are now confirmed new designs coming with such displays such as ROG Zephyrus M16. 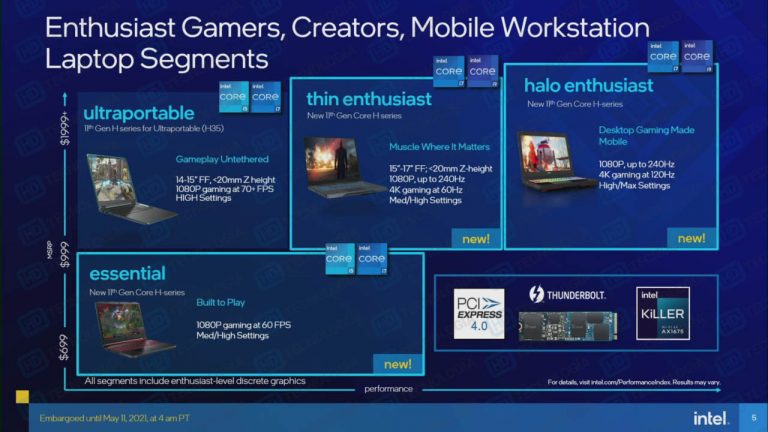