A website called ijiandao.com published the details on the upcoming Intel’s 11th Gen Core series codenamed Rocket Lake-S. As it turns out the codename might have been wrongly exclusively attached to the 11th Gen Core, as the latest rumor claims that the series will also feature CPUs based on current-gen series, aka Comet Lake-S. 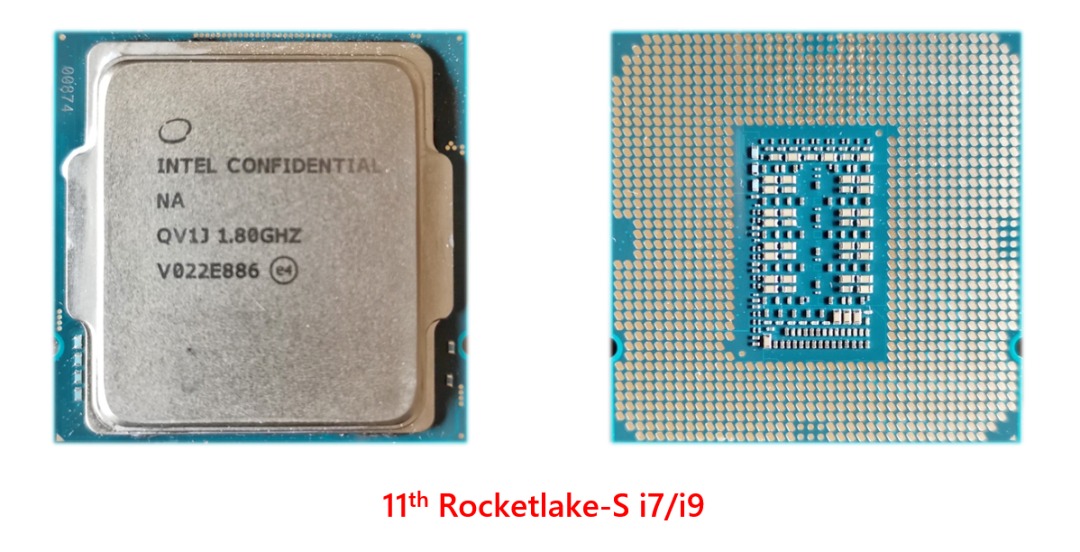 According to the website, Intel’s 11th Gen Core lineup would feature Rocket Lake-S for its Core i5, i7, and i9 SKUs while Comet Lake-S Refresh would appear for Core i3 and slower variants. That said, the whole series would not exclusively feature Cypress Cove core architecture and Xe-LP graphics. Instead, we would be getting a refresh for dual-core and quad-core SKUs with the Skylake-based Comet Lake-S processors.

All Core i5 processors will feature 6-cores and 12 threads. Meaning that Intel is following its decision to discontinue artificial hyper-threading segmentation where some SKUs had it disabled. The 11600 and 11500 series will both offer 32 Xe Graphics GPU cores, while the 11400 series will be limited to 24 EUs.

Meanwhile, the Core i3 series would rely on Comet Lake-S Refresh. It is unclear what the refresh here stands for, but one would guess that the processors will carry higher frequencies across the stack:

Intel’s next-gen Pentium and Celeron SKUs are also to feature Comet Lake-S Refresh. The specifications that were shared by the website appear identical to the current generation, so we are only expecting a frequency boost:

Leaker @momomo_us also had some 11th Gen Core specs to share today. Thanks to him we might now know the specs of the two variants that are too listed above but without the frequencies. Momomo’s leaks reveal that the 8-core Core i7-11700 non-K CPU would have a turbo clock of 4.9 GHz. Meanwhile, the 6-core CPU called Core i5-11400 would boost up to 4.4 GHz.