The presentation of the upcoming Intel high-end mobile processor has leaked.

HD Tecnologia has leaked the slides for Come Lake-H processor series. The slide deck focuses on the specifications of the new series, the features over previous series (Coffee Lake) and the new flagship model — Core i9-10980HK.

This flagship CPU features 8 cores and 16 threads with a base clock of 2.4 GHz and turbo reaching 5.3 GHz (‘Thermal Velocity Boost’ is only available on Core i9 and Core i7 SKUs). This processor is also the only fully unlocked SKU in the series, which means it can be overclocked to some degree (which is always tricky on laptops due to thermal and power limitations).

The new series is expected to be unveiled on April 2nd. 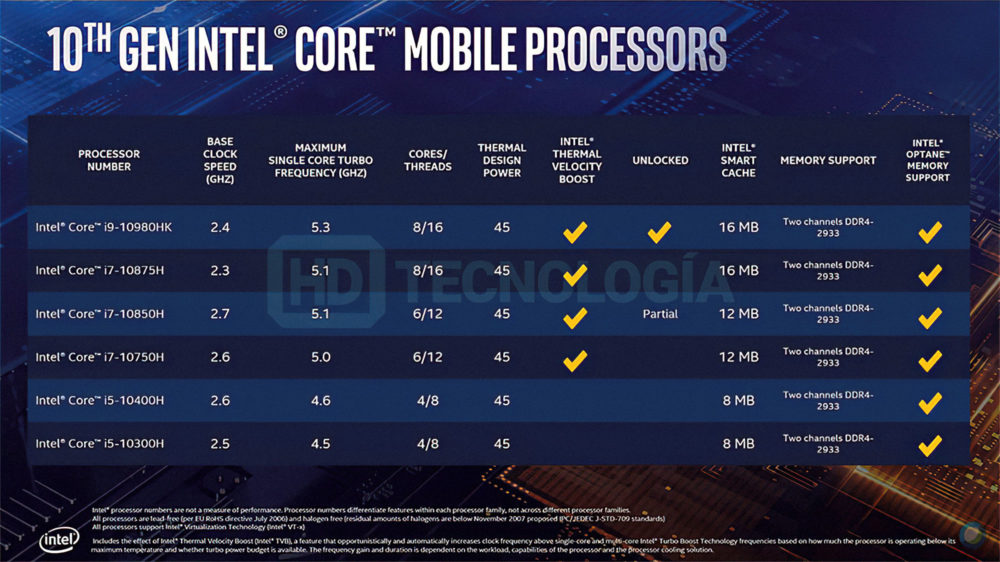 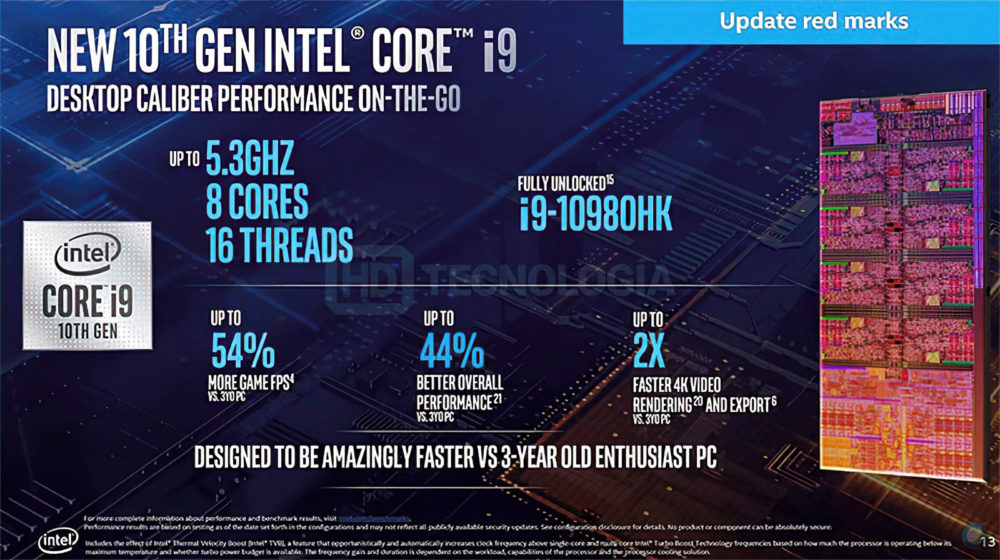 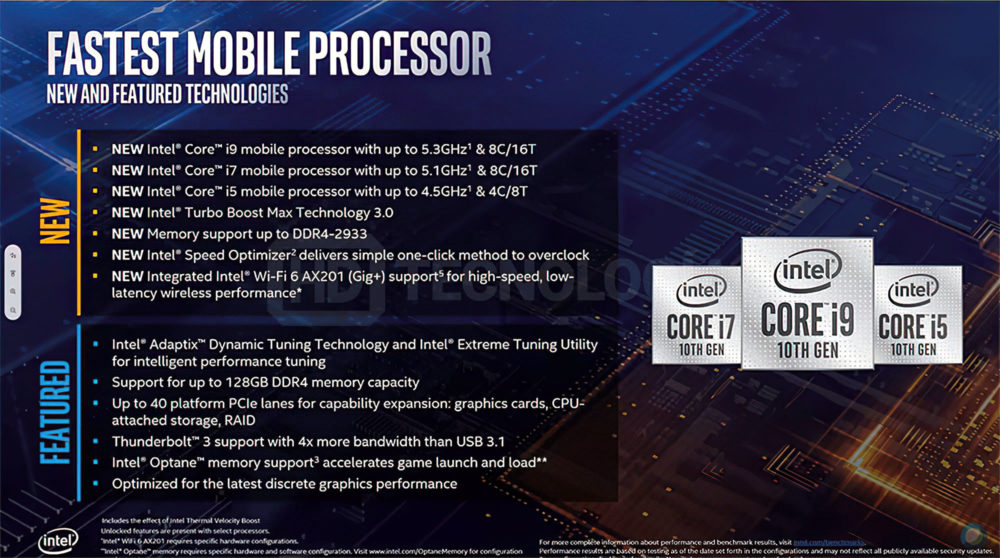