(Nov 3rd) Clarification: The 10th Gen Core Core-X series is not ‘delayed’. The NDA was always set to end on November 25th.

According to our sources, Intel was initially planning to hard launch its Cascade Lake X architecture next week. Unfortunately, those plans have changed due to undisclosed reasons.

On October 2nd, shortly after we leaked the whole press deck, Intel unveiled it’s Core X series with a massive price reduction compared to the previous generation. The cost per core has decreased significantly and it would now compete directly with Ryzen Threadripper 2000 pricing.

A month earlier Intel released a slide (picture on the left) where the company promised that ‘Next-Gen X-series’ would come next month. As it turned out, it was a paper launch with no precise information on the actual launch date.

A new picture posted by PCDIY (picture on the right) indicates however that the Core-X series is likely to launch on November 25th. 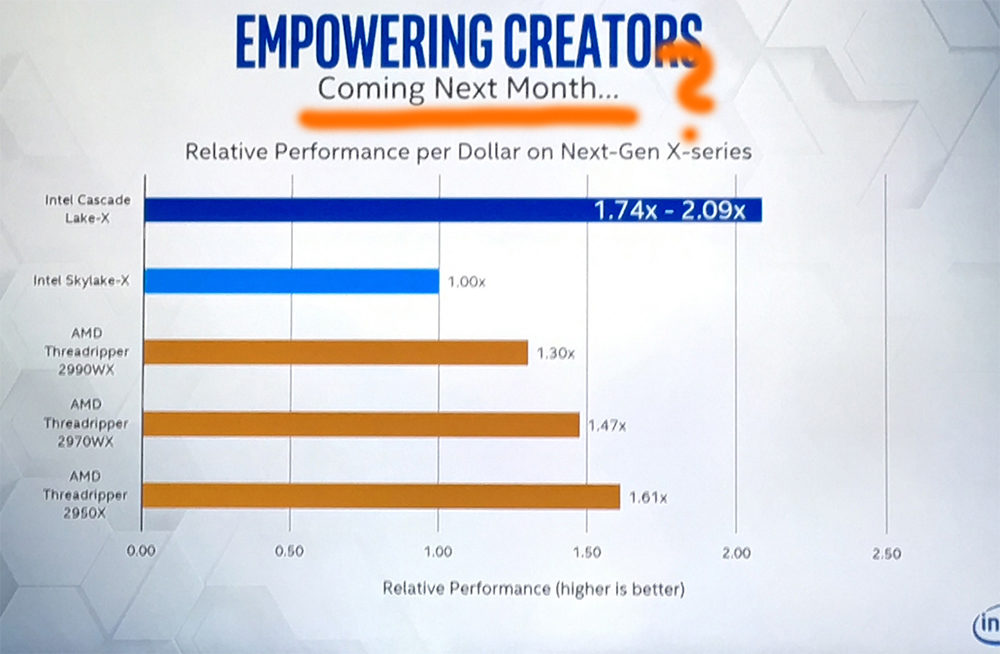 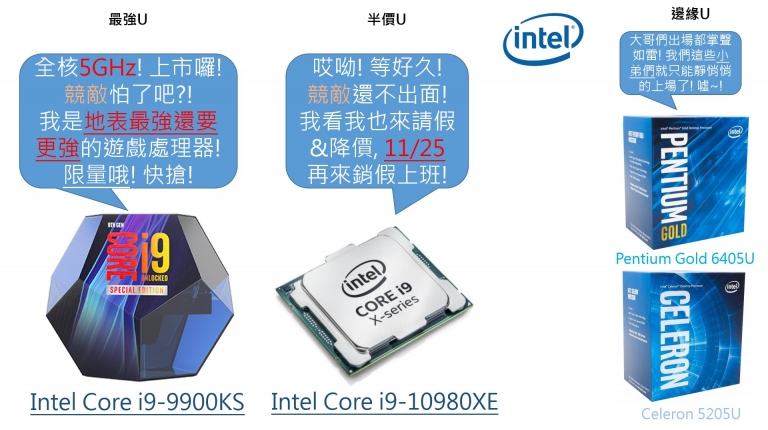 Intel without a doubt is still waiting for AMD to release first Threadripper 3000 information. It is expected that AMD will make public announcement on November 5th. AMD already announced a new “Meet the Experts” webinar dedicated to “the Future of High-End Desktop” for November 6th, which furthers reassures our claim. 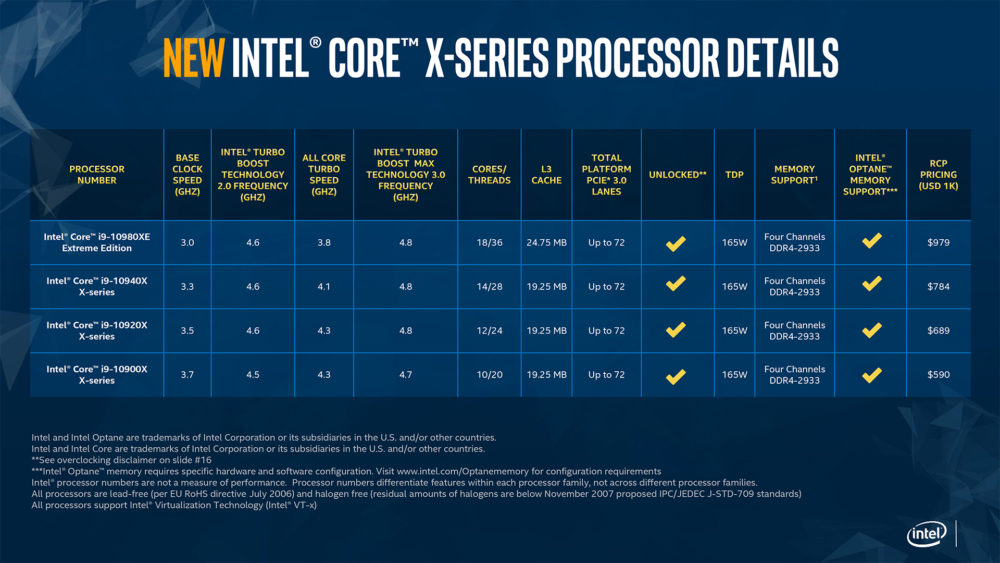