We received renders of the upcoming GeForce RTX 3090 and RTX 3080 graphics cards from Inno3D. Sadly there is no trace of the RTX 3070 model from Inno3D yet.

In total there are four series and six graphics cards. The flagship Ampere models are part of the iChill X4 series, a custom solution featuring four fans (one on a side and three on the front). There are no specifications available yet, but it is clear that the card requires at least 2.5 slots on a motherboard. 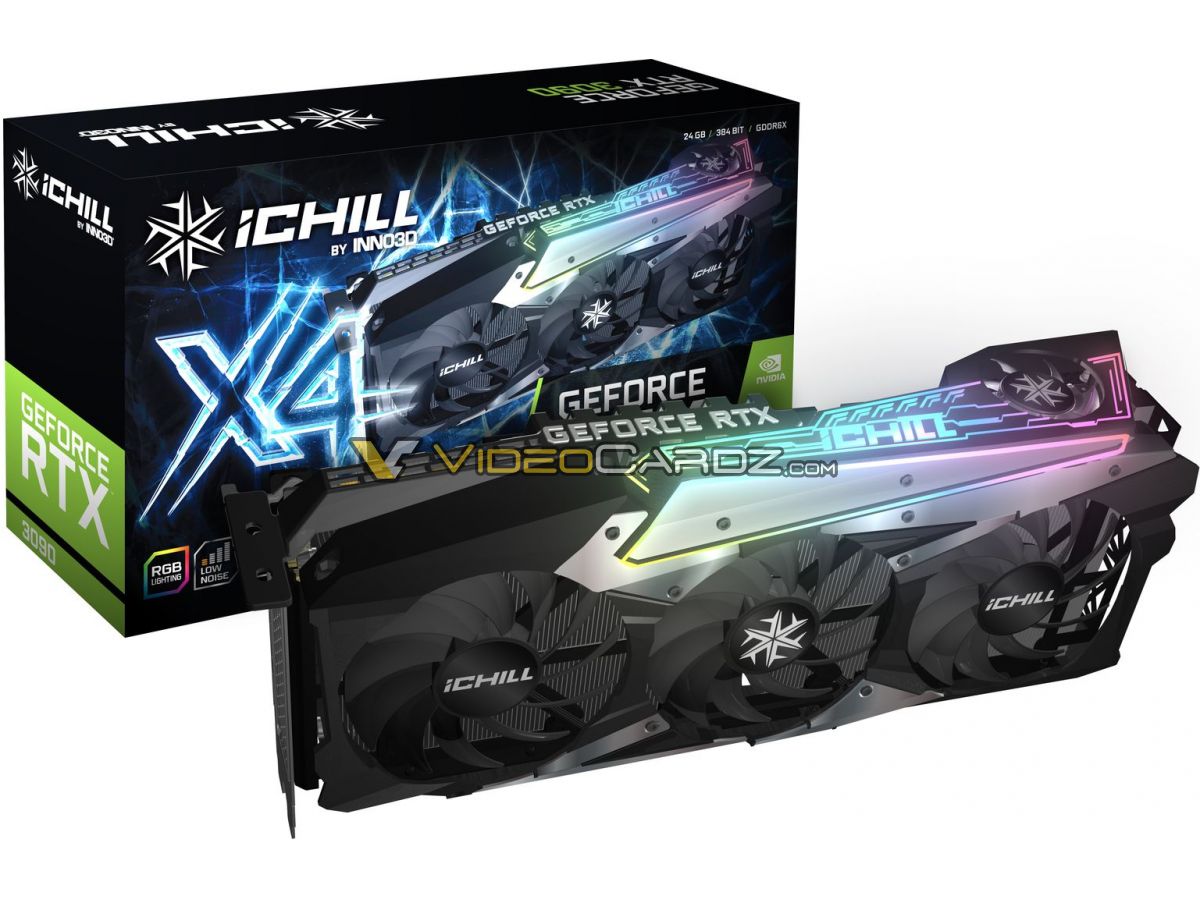 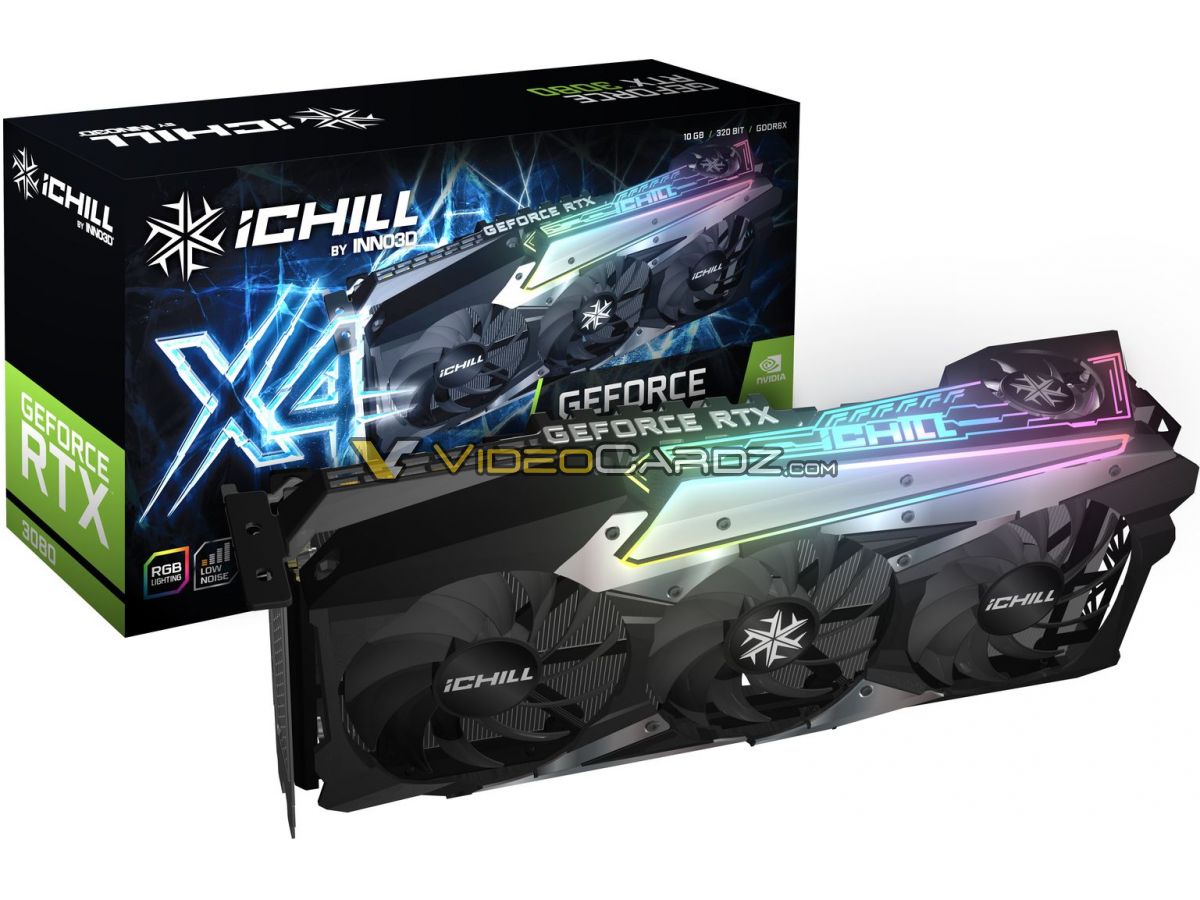 A variant without a fourth fan is called iCHILL X3. From the renders, we are guessing this might be the only physical change to the design (it may also have a different backplate). The X3 series of RTX 3090 and RTX 3080 is certainly going to be factory-overclocked lower than the X4 series. 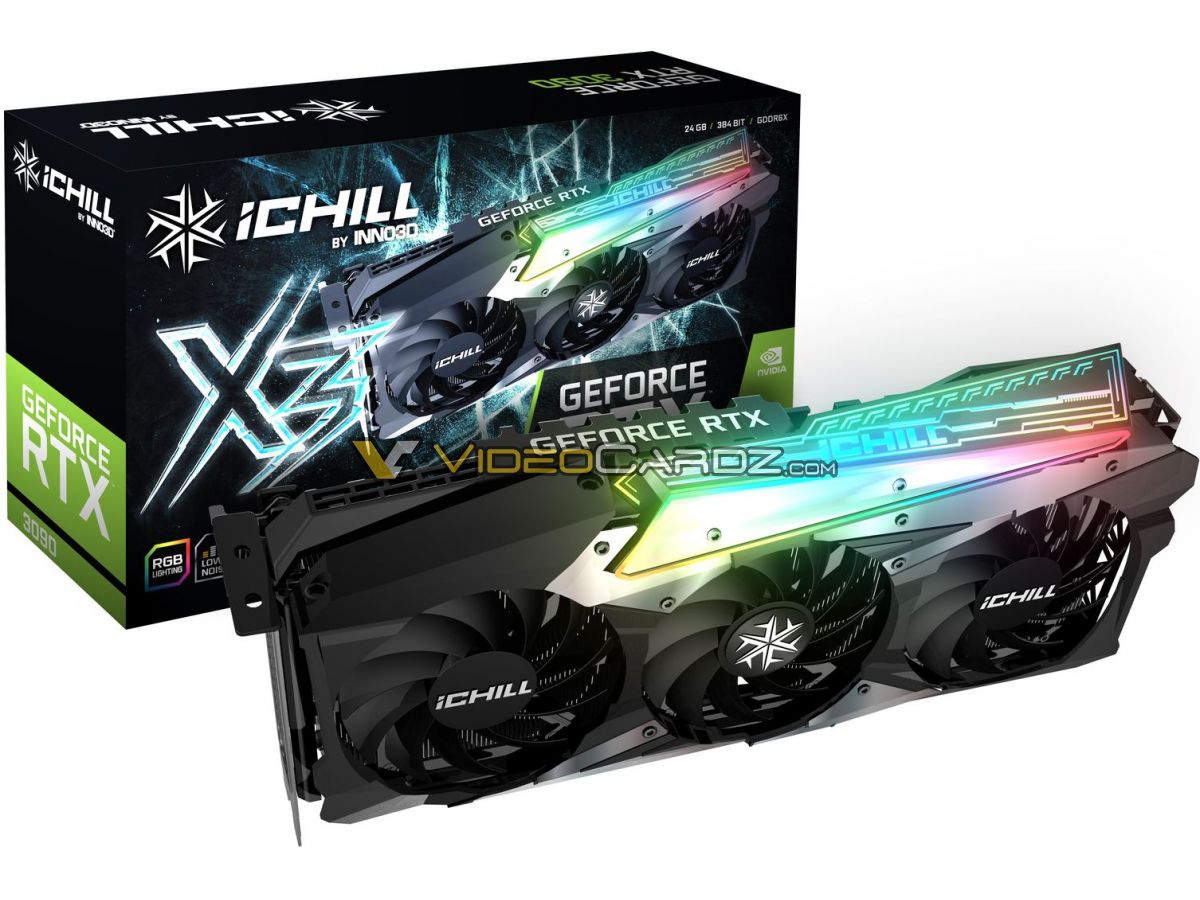 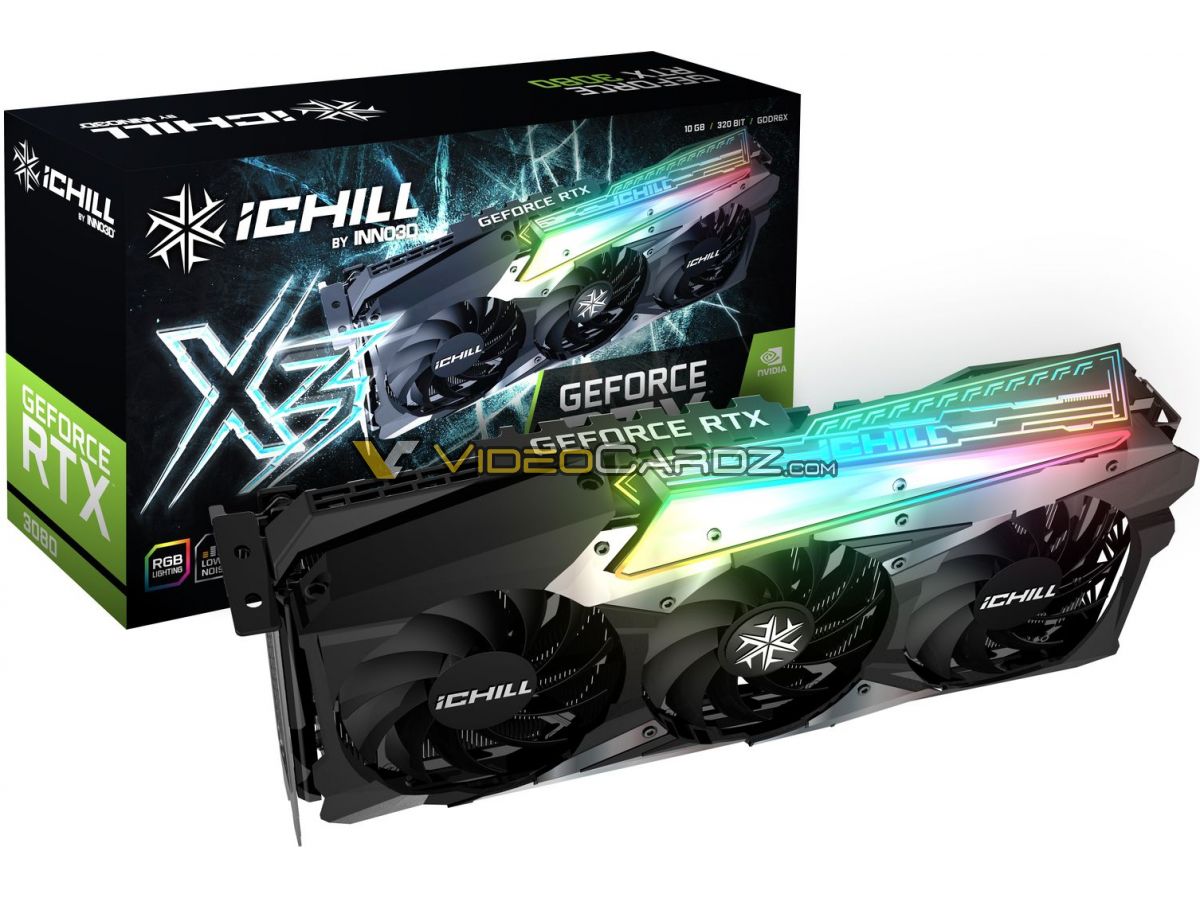 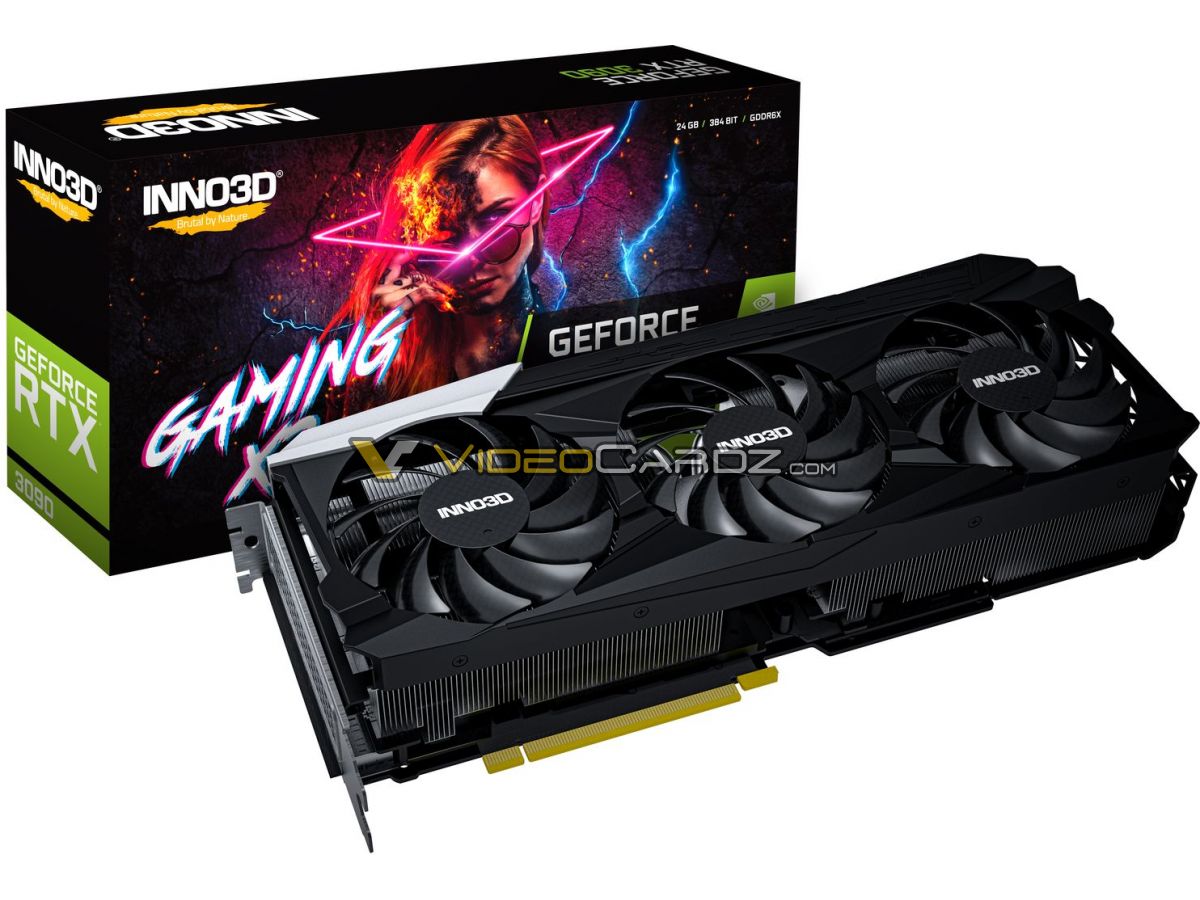 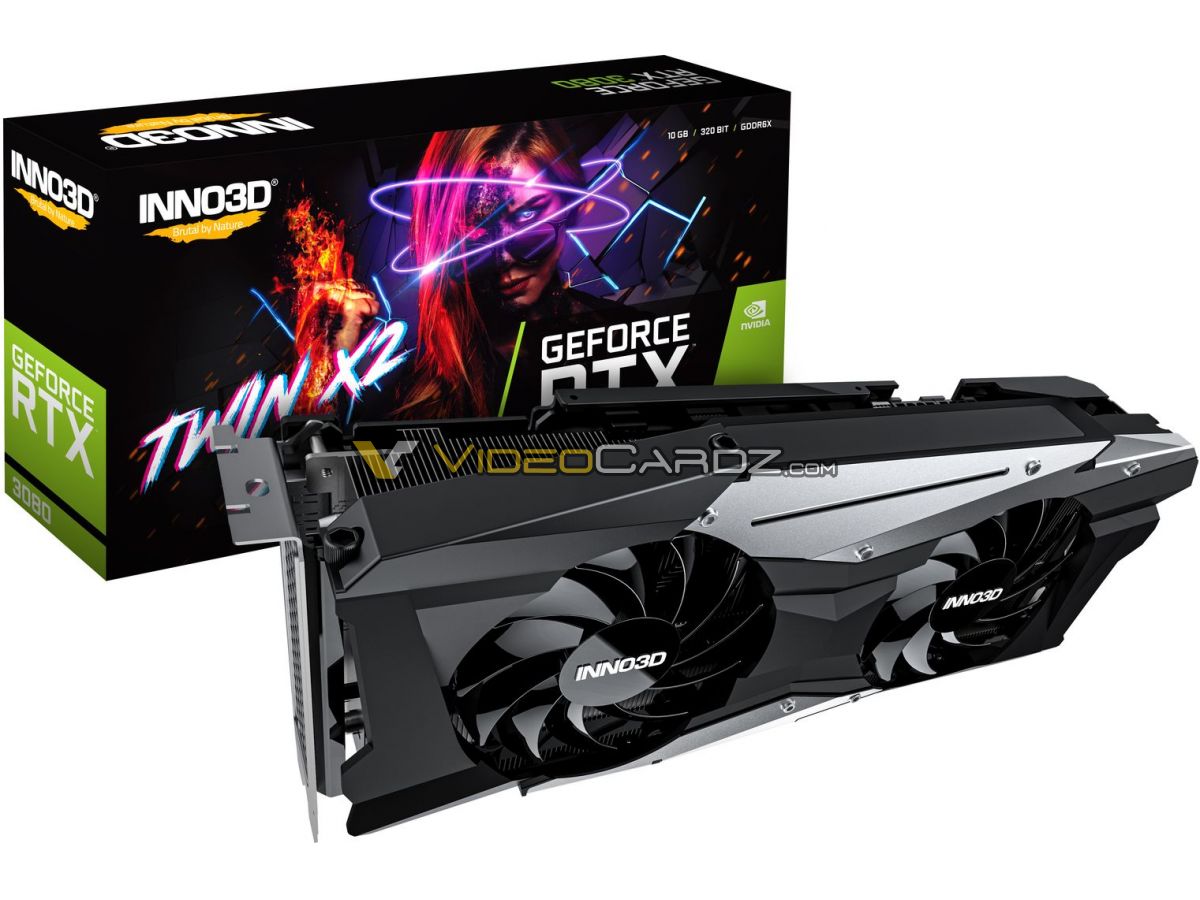